Was this character’s old age look CGI or make-up?

At the end of Avengers: Endgame we saw an old

The old version seemed very realistic. Was this done with CGI or make-up?

marvel marvel-cinematic-universe avengers-endgame
Share
Improve this question
edited May 11 '19 at 13:17

It was a mix of make up and prosthetics that were later augmented with CGI.

“Obviously, if it doesn’t work perfectly, it can undermine the emotional intention of the scene,” says Anthony Russo. “We did a lot of practical effects, so it was a very elaborate makeup job that was then augmented with CG, because there’s certain things that you can’t do with makeup in order to make Cap credibly that age.”

For example, he added: “You can’t shrink Chris Evans’ neck on set, you know what I mean? He’s still got that yoke neck.”

“Yeah, so [CG helps] things that you can’t achieve, like the way the face drops,” Anthony said. “It’s a balance we want to always strike between making him feel credibly aged, but also not compromising the performance.” Evans even managed to change his voice into a hushed rasp without any audio adjustments.

“We didn’t alter his voice at all,” Joe explained.

“We always say this about Chris — he’s so technically sophisticated as an actor and you can see it in that scene when he plays an old man,” Anthony added.

befores & afters have since published a couple of articles on how this was done including some set photos. We see Chris Evans in the full make up and the CGI dots and then the final CGI shot. 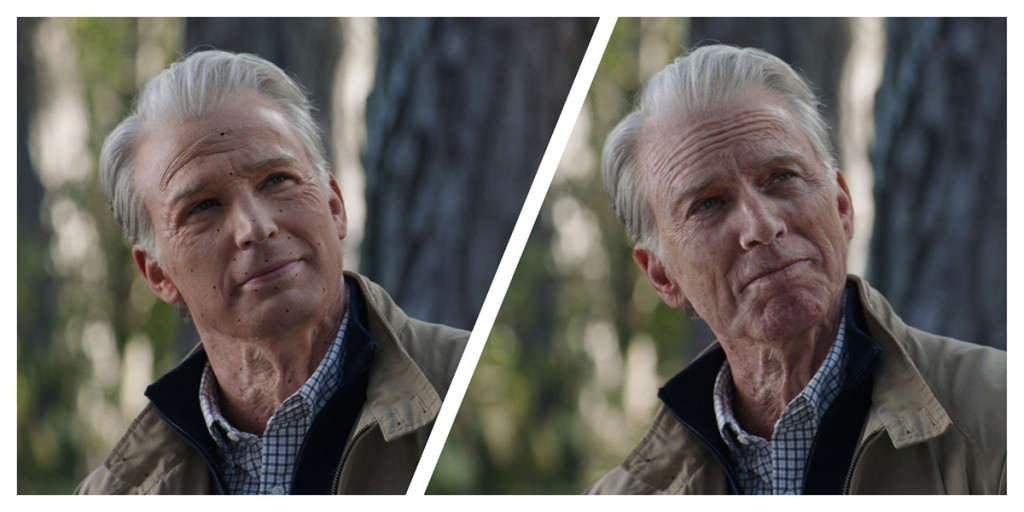 They also share that the team used an older actor for reference and he also stood in as a body double. 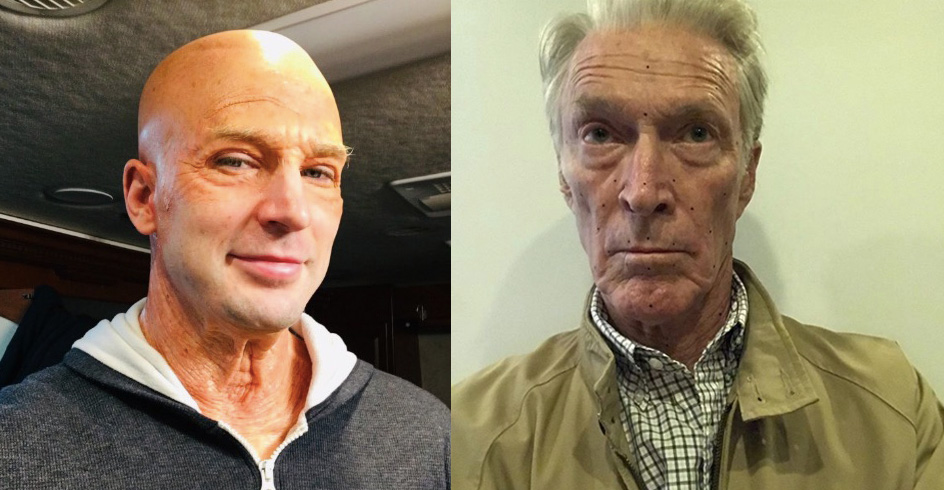 There were some prosthetics involved and we worked with Legacy Effects on that. We wanted to avoid having to deal with any of Chris Evans’ hair, if possible, so he was wearing a bald cap with wig. And then he was wearing a prosthetic on his neck. Everything from beneath the chin to the collar of his shirt is a prosthetic. On set he wore prosthetic crow’s feet by his eyes. Subsequently, in post production we removed those. We didn’t actually end up using those. But they were there to help. We just ended up going in a different direction.

And then Chris wore tracking dots on the rest of his face. So he looked kind of strange on set! He looked like young Chris Evans but with an old neck and crow’s feet. That was in Atlanta – it was actually at a farm outside of Atlanta. And we shot Chris doing all the takes and the performance first, just like we’ve always done with de-ageing, or even with skinny Steve back on the first Captain America.

And then we shot a picture double. In this case it was a gentleman named Patrick Gorman who’s a really phenomenal actor. He was the older double for Chris. He would watch whatever Chris did on set and duplicate it as well as he could, then I would direct him to look a little more to his left, look a little more to his right. Hold this pose, hold that pose, that sort of thing. Try and get the angles and things that we need so that we would have that on set reference for lighting and textures.

If you're interested in fully how they did it I recommend reading both articles completely as they include a lot of extra information on the process. 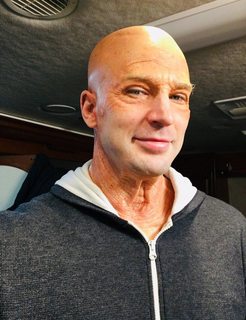 8
How often is Chris Evans wearing a wig as Captain America?

148
In “Civil War”, why did Tony Stark and Steve Rogers choose sides that didn't reflect their attitudes?
39
How could Tony Stark make this in Endgame?
13
What was the “glowing package” Pym was expecting?
2
Was Hulk present at this event?
22
Why was Sam Wilson chosen for this, but not Bucky?
17
Are the Sokovia Accords still in effect?
4
What is Agent Coulson's status as of the end of Endgame?
7
Did Hulk create the Fountain of Youth?
11
Is there an inconsistency about Natasha Romanoff's middle name in the MCU?