I read an isekai manga a while back. It had a person who was quite healthy but lived alone. He apparently died due to sneezing and banging his head on the ground while sleeping.

He is reincarnated by the gods and spends three years in the forest with slimes until one day he helps the party of the Duke who had come to visit the forest. The Duke checked his power level and only then approved him to stay alone but returned after a while with gifts and this time the protagonist decides to go to the city. He discovers an upcoming crisis due to lack of sanitation and takes care of it himself.

story-identification manga isekai
Share
Improve this question
edited May 11 '19 at 17:44

This is Kamitachi ni Hirowareta Otoko (AKA The Man Picked up by the Gods).

Ryouma Takuma, 39 years old man with hidden past, found himself in a strange white room. The gods tell him that he has died and they are sending his soul to a different world, a world where magic exists. 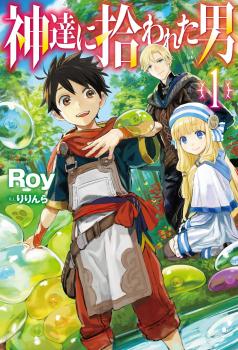