What is the white flag outside of Starfleet Academy?

I've noticed this in a few episodes now, and have not been able to figure it out. The screenshot below, with a circle added to highlight the flag, is from Star Trek: The Next Generation - Season 5, Episode 26: Time's Arrow, Part I. 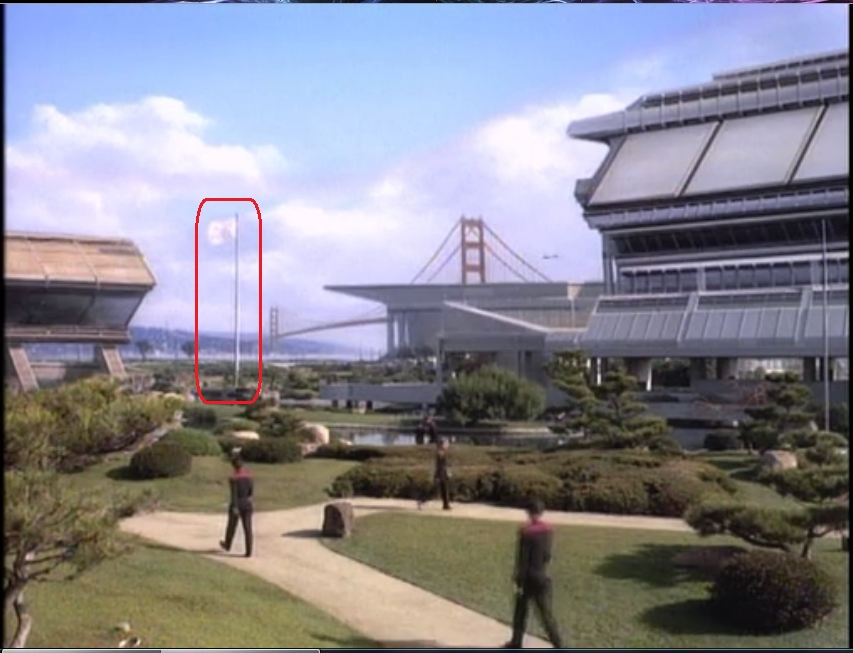 What is this flag?

It appears to be just a plain, white flag. It's possible that it contains some fine-lined designs in a light or reflective color, but I haven't seen any. I would more expect there to be a white-on-blue or blue-on-white flag that has the United Federation of Planets emblem, but this is clearly not it. The flag makes appearances in other episodes where events take place at or near the Academy, but it is still similarly blank-looking in all that I've seen so far.

So, what is it then?

The flag being shown is likely to be this one:

This is the flag from Star Fleet Academy. It has a mostly white field with a triangular logo in the center region. Using Netflix for a reference, the opening sequence to Time's Arrow shows the Star Fleet Academy headquarters and fluttering in the breeze show below is an oversaturated white flag showing an outline of a triangular shape. See below: 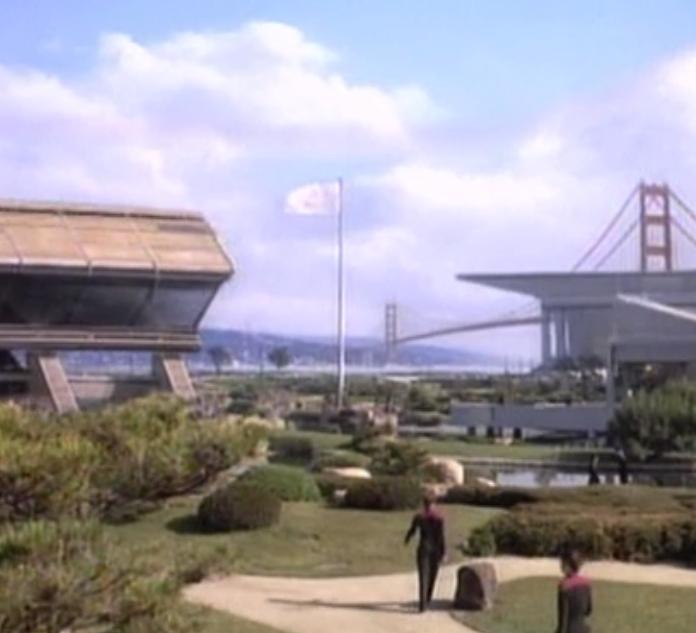 15 seconds into the episode, a fluttering flag shows a triangular image most likely to be the Star Fleet Academy flag shown above.

I've isolated the image from the bluray version of the episode TNG: Time's Arrow, Part 2.

As you can see, it's the same triangular symbol seen on other flags at Starfleet Academy, such as those in TNG: The First Duty 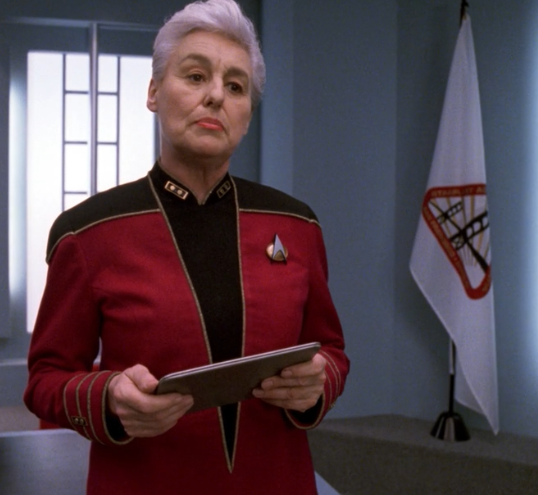 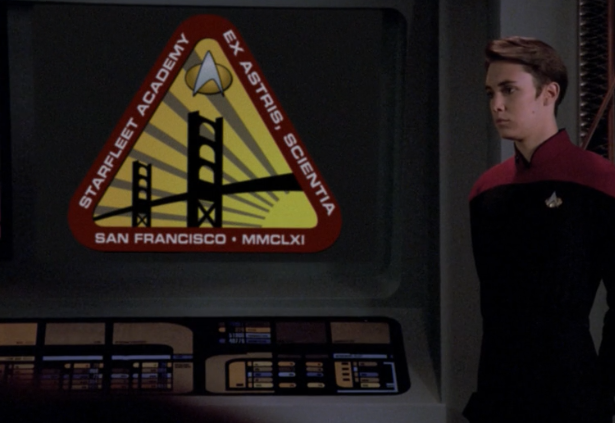 It is most likely the flag of the United Earth: 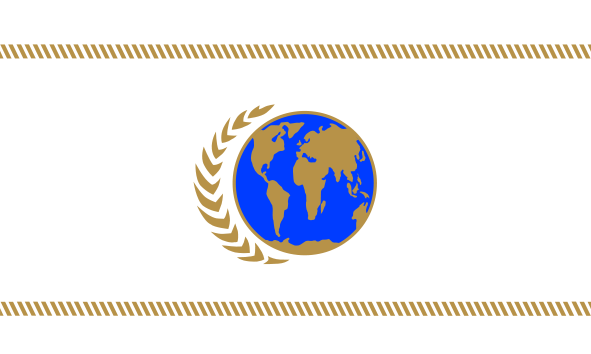 Here it is in a screenshot from Enterprise episode 4x20, Demons: 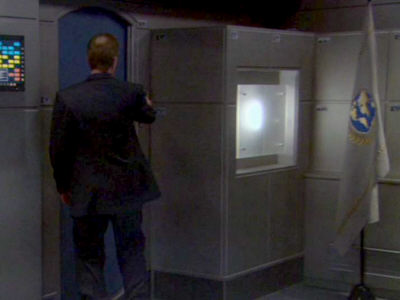