What beast/creature is this from “Avengers: Endgame”?

During the final battle in Avengers: Endgame,

Thanos has several types of monsters fighting on his side. The known ones were definitely the Chitauri and Leviathans from The Avengers (2012) and the Outriders from Avengers: Infinity War (2018).

Additionally, there were some kind of

What creature is this? Does it have a specific name (like the ones given to the Chitauri, Outriders etc.)?

According to an interview with WETA Digital Visual Effects Supervisor Matt Aitken, these creatures are called "Chitauri gorillas".

In a new interview with SlashFilm, WETA Digital Visual Effects Supervisor Matt Aitken discussed the battle and revealed who was on Thanos' side. Aitken confirmed that the fight featured three groups of alien warriors who appeared in previous Marvel Cinematic Universe movies.

Aitken revealed that this massive battle introduced the Chitauri gorillas.

"We see the Chitauri leading them out by chains and then they set them free," Aitekn said. "These are not quite King Kong sized, but yeah, giant gorilla-ish, alien gorilla creatures who are a formidable force to be reckoned with on the battlefield."

Whilst the other answer already covers this I just wanted to answer this with something a little bit more official. There is a page in Marvel's Avengers: Endgame - The Art Of The Movie which covers these new characters with a bit of concept art and they are indeed named Chitauri Gorilla. 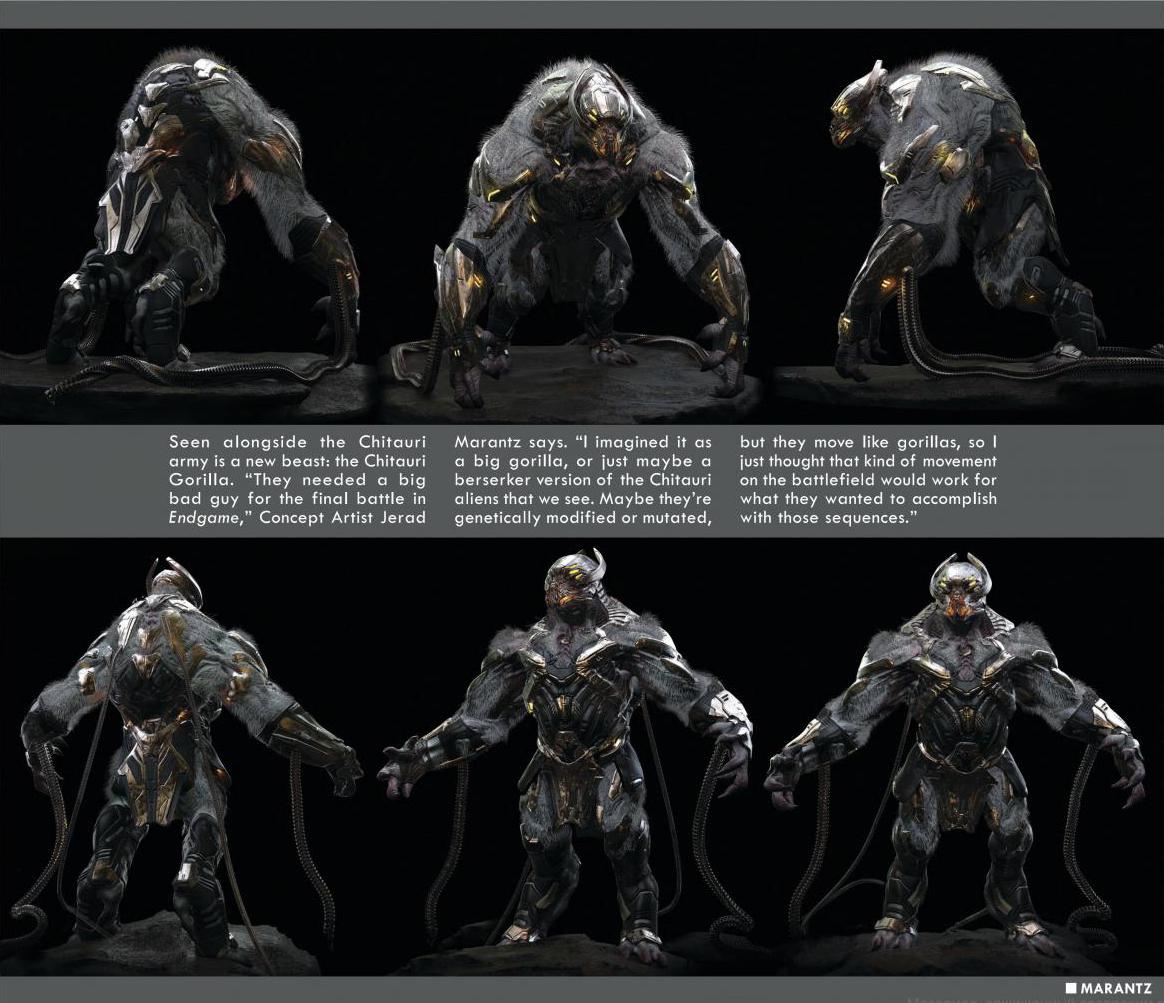 Seen alongside the Chitauri army is a new beast: the Chitauri Gorilla. "They needed a big bad guy for the final battle in Endgame," Concept Artist Jerad Marantz says. "I imagined it as a big gorilla, or just maybe a berserker version of the Chitauri aliens that we see. Maybe they're genetically modified or mutated, but they move like gorillas, so I just thought that kind of movement on the battlefield would work for what they wanted to accomplish with those sequences."

Marvel's Avengers: Endgame - The Art Of The Movie