Is Aang related to Korra?

Except for being the incarnation of Aang, is Korra related to him also by blood?

Is it said anytime during the show?

They are not related, but there might be family relations anyway.

It is never said during the show, and you can see many family trees that show there is no connection except for being the incarnation of each other as you said (blue line connection):

However, the possibility exists.

Since both Korra and Katara were born in the Southern Water Tribe, and since the water tribe was very thin during the first show, as you can see from S01E01, when Katara introduce the "entire tribe" as she said, to Aang: 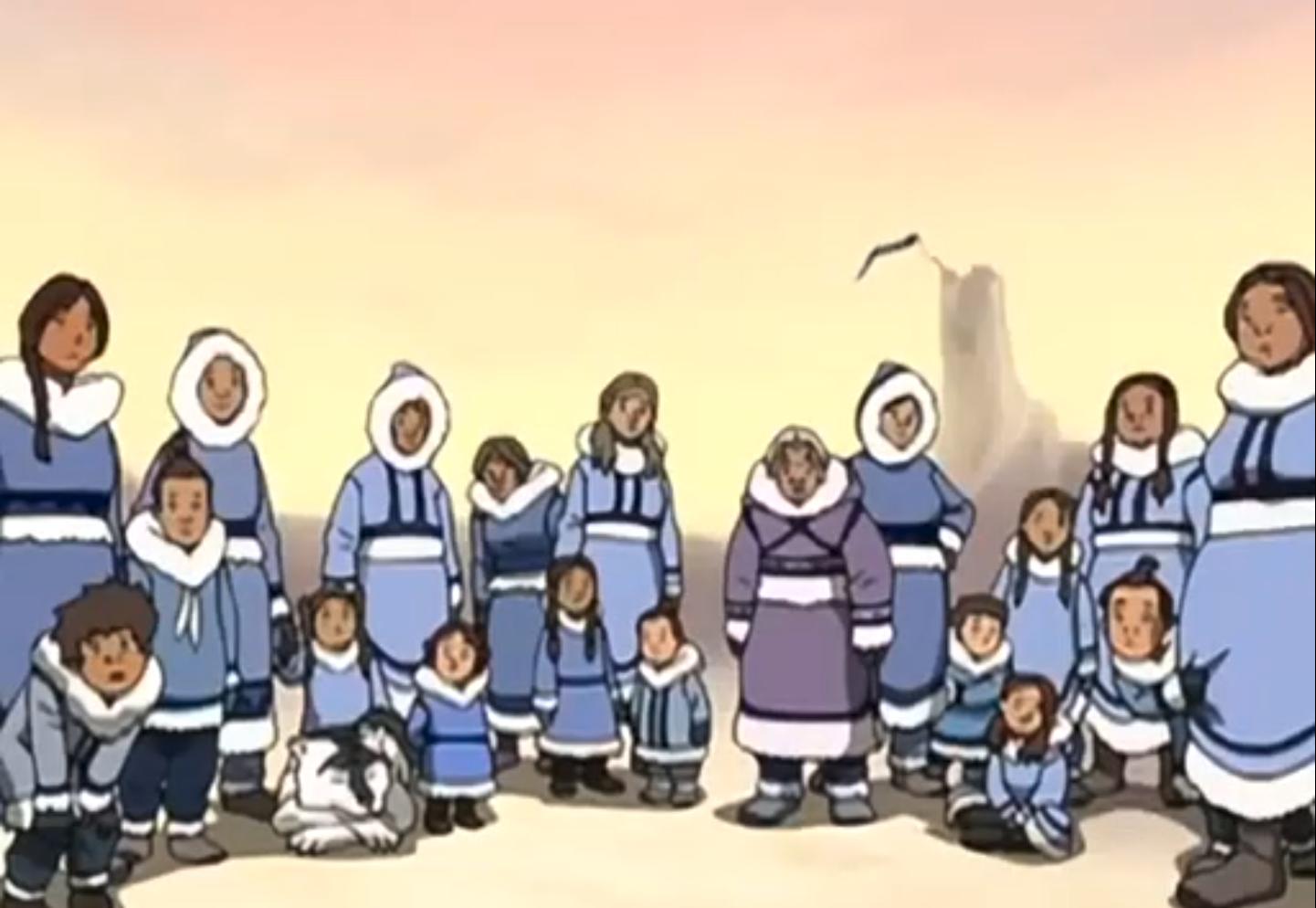 There are only 21 people in the tribe (with Katara and Sokka, not in the picture), and Katara said all the men left for the war, so if those are all the women and children, there are probably less than 10 men. so the chances that Korra's mother is related to Katara somehow is a possibility. (her father is originally from the northen tribe).

7
Can Aang (or Korra) make a non-bender into a bender?
7
Is Korra still considered as Aang’s incarnation
10
Why has Korra never turned to Raava for advice or guidance?
7
Are all the Avatars essentially the same person?
32
Why didn't Toph teach Aang metalbending?
4
What exactly is the Avatar's ability to turn into another Avatar?
4
How is the Avatar cycle maintained even after Aang severs his connection with Roku?
11
What kind of Lion Turtle taught Aang Energy bending?
3
Did this official picture of Rohan (Tenzin and Pema's son) appear in an episode?
2
How come Korra could bend three elements so young before training?