Has there ever been a peaceful vote to determine who sits on the Throne?

Has there ever been a peaceful vote to determine who sits on the Throne? I have the following criteria:

Answers may be based on the books or the TV series.

Three times in history, The Great Council was summoned to peacefully determine who shall rule

Yes. In addition to the examples in the accepted answer, S08E06 showed a meeting in which Bran was elected king. A shot of those taking part in the meeting: 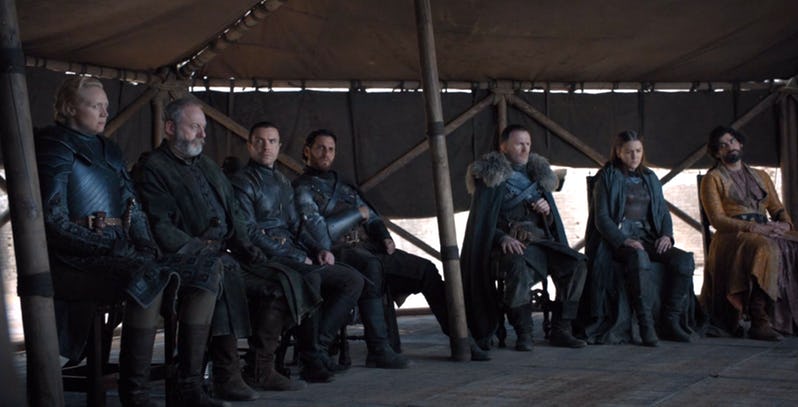 Game of Thrones' finale saw the election of a new King, which involved a meeting of various characters new and old. Bran Stark is King of Westeros as the show ended, a position he got not through blood or conquest like his predecessors but via election.

25
How many Valyrian steel swords are there at the beginning of GoT, and who owns them?
26
Who is the most legitimate heir of the Iron Throne?
37
Who supported the Targaryens during Robert's Rebellion?
44
Has Valyrian steel ever been used in armor?
137
What do people in Westeros eat during Winter?
10
Do we ever find out who sent the catspaw after Bran in the show?
16
Has weirwood wood ever been used as material?
3
Who has the authority to call for a Great Council?
10
Was there ever a name for the weapons of the Others?