How did the horses get to space?

In Firefly, a space western, they use horses on planets in space that are definitely not Earth.

Is there any canon explanation as to when the horses got sent through space, how they are transported, and why they use horses in space?1

1other than "it's supposed to be a friggin' space western"

firefly transportation
Share
Improve this question
asked May 14 '19 at 15:20

The show is always very vague when it comes to any details of the exodus. I cannot find a direct reference in canon but frozen embryos and other genetic material is the logical answer and is one that I have often seen used in other sci-fi stories.

As for "why", that is not specifically explained in the show either but the answer to that is also "frozen embryos." A frozen embryo is significantly smaller, lighter, and easier to transport than any piece of machinery that can perform any of the roles filled by a horse. Tractors, Jeeps, etc. are big and heavy plus they need fuel and spare parts. Equipment needs "infrastructure." Horses only need water, grass, and oxygen.

Remember that it is only the poorer outer rim planets that use horses. You never see them on the inner planets and don't see many horses in any larger cities of the rim. Those outer rim planets are "terraformed just enough to make them habitable" before having settlers dumped on them. Under those more primitive conditions animals are a better option.

The Serenity RPG offers a fairly high level overview of the Exodus. In short, when it became clear that Earth-that-was could no longer support human life, gigantic generation ships (known as Arks) carried large numbers of people to what became the central planets of Londinium and Sihnon. After a short period those with an urge to move away from the Central Planets did so, taking with them some of the animals that had been carried in the Arks along with the human settlers.

Even after continued refinement, the process of terraforming a moon or a planet takes decades. Terraforming requires atmospheric processing plants, the regulation of gravity, environmental adaptation and the introduction of creatures great and small brought from Earth-That-Was— everything from algae and bacteria to insects, birds, and mammals. The power to make such jing chai changes is astonishing, but is not without its limits. While most all terraformed worlds are suitable for human life, each has its own quirks.

As to why they use horses, this is also addressed in the same source

When you’re scratching food out of moon rock without many credits in the bank (if there is a bank), you tend to figure out what’s important pretty quick. Why waste the money on a power-driven tool when an ordinary hammer will do the job? Why worry that your fancy grav-car will break down on you and you can’t get the spare parts, when you can raise your own horses?

The Firefly RPG Corebook addresses the ubiquity of horses on the outer worlds.

[On the Border planets] Technology is around some, but it’s a lot scarcer and harder to fix. Even broken Cortex datapads or a train’s console can spell disaster if ’n you rely on that tech to get by. Truth be told, that’s why horses are the most common (and cheapest) form of transportation.

It's already canon in this show that cows can easily be transported between planets by spaceship: 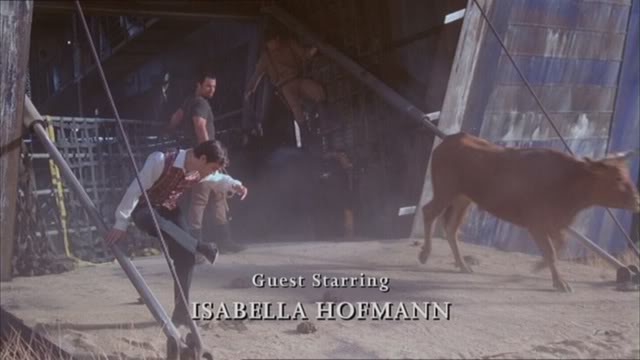 We can assume it would be similarly easy to transport horses to outer-rim planets. Just as on Earth they can be carted around in horseboxes, in space they could be taken between planets in some kind of "space horseboxes".

Why? Because it's a friggin' space western.

I know, I know, you're asking about the in-universe explanation, and that was intended as an out-of-universe one. However, it also works equally well as an in-universe explanation! A "western" is something set in the Wild West, a place untamed and on the rugged edge of civilisation. That's basically what the outer-rim planets are too.

People would use horses there for the same reason as they used them in real history: a quick, convenient way of getting around, in a culture where technology hasn't dominated (or has emerged only in certain ways: spaceships, holographic pool balls, and so on). Besides, we don't see much in the way of roads. When you're travelling through the wastelands, a horse makes more sense than a car (or even a jeep) anyway.

We do see one guy who favours a fancy car over a horse: 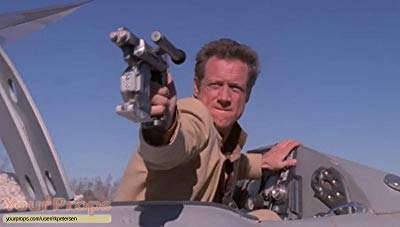 But all of his fancy tech is pretty useless in the end against a guy on a horse with his fists. On the outer-rim planets, life is tough and so are the people. It just fits the whole atmosphere and environment to use horses instead of some more advanced means of transport, for getting between places by land.

See also: Why don't the outer planets have advanced technology?

Not the answer you're looking for? Browse other questions tagged firefly transportation or ask your own question.

17
Why don't the outer planets have advanced technology?

26
How is it that the outer planets in Firefly are not frozen?
17
Why don't the outer planets have advanced technology?
33
How do the ships in Firefly travel immense distances?
9
Time dilation and communication in Avatar
18
Why does Serenity have a cannon in “Serenity”?
25
How did the mudders get Jayne's name and likeness?
16
Why did the Hands of Blue use a “sonic device” to kill people?
2
Max-speed in Z-Space
7
Why do heads in fires look flame-colored when Floo Network fires are green?
22
How did Jayne know when to shoot?