I read this book sometime in the mid-late 90s. It's set on other worlds and in space, mostly human characters.

This is definitely not an Anne McCaffrey book. I know those well.

I'm not sure about the garage part (looking now), but this sounds like The Rowan (or another in that series) by Anne McCaffrey.

The Rowan (1990) is a science fiction novel by American writer Anne McCaffrey, the first book in "The Tower and the Hive" series (also known as "The Rowan" series). It is set in the universe of the "Pegasus" trilogy, against a backdrop of a technologically advanced society in which telepathy, psychokinesis and other psychic Talents have become scientifically accepted and researched. Telekinetic and telepathic powers are used to communicate and teleport spaceships through space, thus avoiding the light barrier and allowing for the colonization of other planetary systems.

In the series, psionic powers occur of varying strength, the possessors being ranked from T12 (the weakest) to T1 (the strongest). The very strongest are employed as "T1 Primes" by an independent company, FT&T, (Federated Telepaths and Teleporters) for teleporting cargo and passengers between the systems. 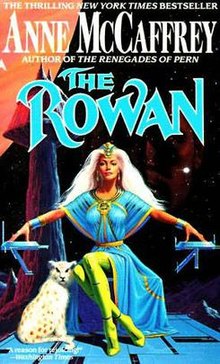 I'm not sure at all, but it kinda reminds me the novel Slan by A. E. van Vogt. 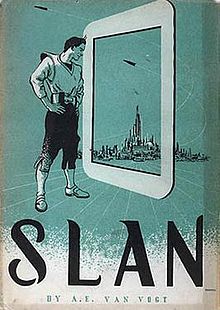 Slans are evolved humans, named after their alleged creator, Samuel Lann. They have the psychic abilities to read minds and are super-intelligent. They possess near limitless stamina, "nerves of steel," and superior strength and speed. When Slans are ill or seriously injured, they go into a healing trance automatically.

There are two kinds of Slans. One has tendrils and can read the minds of ordinary humans and telepathically communicate with other Slans. The tendrils are golden in color, making it easy to spot a Slan. These Slans are hunted to near extinction. The other type of Slan is tendrilless. They are still super intelligent but do not have psychic capabilities, only the ability to hide their thoughts from the first type of Slan. Kier Gray is the leader of the human society and vows to exterminate the Slans.

As the novel begins, nine-year-old Jommy Cross (a telepathic Slan of the first type) is brought with his mother to the capital, Centropolis. They are both discovered and Jommy's mother is killed. Jommy manages to escape. Jommy Cross is not only the heir to the brilliant inventions of his father, but he represents the last hope of his race to save it from genocide. Because of the importance of his mission, he is opposed by various enemies. Jommy seeks to destroy Kier and in confronting him discovers an astonishing secret.

There is a parallel story not explained in the resume, with a female Slan, Kathleen, who is more powerful and kept prisonner by the dictator Kier. It is set on Earth, in the years 3500, and was published in 1946.

Not the answer you're looking for? Browse other questions tagged story-identification books telepathy space-opera or ask your own question.