Is the portrayal of Drax in the MCU true to the comics?

I am referring primarily to the comedic aspects of his portrayal: his method of speech, disrespect for and confusion regarding certain species, the moving so slowly he becomes invisible, taking things overly literally, etc. (I'm sure others have other examples.)

In the comics, Drax evolved a lot. He was introduced by Jim Starlin in his original 1970s Thanos story in Iron Man and Captain Marvel, as a superbeing created by the Titan Chronos from a dying man in order to combat Thanos. This man's daughter, incidentally, became the Avenger Moondragon. This first version of Drax was very powerful (among other things, he could shoot energy blasts from his hands), but also a bit slow, and was in later issues portrayed as also being rather slow of mind. 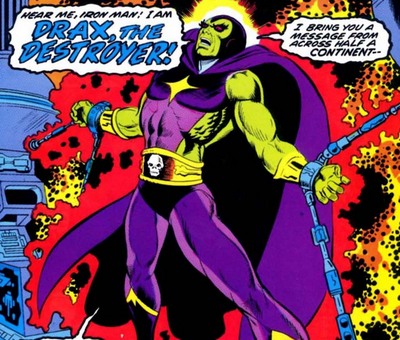 Much later, in 2004, he underwent a transformation where he physically came to resemble the MCU Drax, with a more squat body, red patterns on his skin, and a penchant for wielding knives. He lost most of his powers, but in return gained intelligence and ninja-like stealth abilities. He played a central role in the Annihilation and Annihilation: Conquest events and later joined the comcs version of Guardians of the Galaxy. 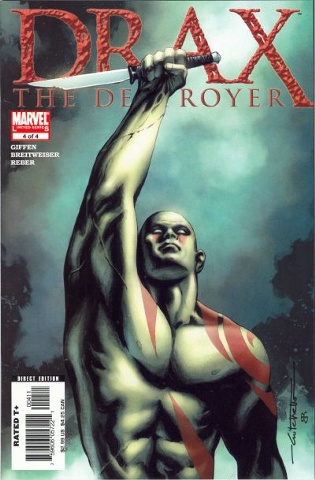 The MCU version marries Drax's redesigned looks from 2004 with his 1970s slowness of mind and made him an alien. There is nothing in the comics of him being taking things very literally. So, the MCU version isn't all that true to the comics version(s), though some core aspects remain.

Not the answer you're looking for? Browse other questions tagged marvel marvel-cinematic-universe drax-the-destroyer or ask your own question.

14
How true to character is the movie portrayal of Nick Fury?
20
Is it known what the markings mean on Drax The Destroyer's body?
7
What race is Drax the Destroyer's Body?
11
Have Scarlet Witch's MCU powers been seen in the comics?
16
Did the original Drax have trouble with metaphors?
1
What comics follow MCU Agent Coulson and Agents of SHIELD?
18
Why was Drax in the Kyln?
24
Has Drax in fact mastered the ability to stand so still that he becomes invisible?
6
How true to the comics is Mysterio's portrayal in "Spider-Man: Far From Home"?
13
Are the MCU Mandarin's ten rings different from the ones in the comics?