If Cersei is pregnant, why can't you see it?

Okay so this has been bugging me a lot. Cersei reveals that she's pregnant at the end of season 7. Since there was no modern pregnancy tests and she still seemed certain of it, she must have been at least a couple weeks into it.

After that these things have happened:

With the fact in mind that travelling from, say, Winterfell to King's Landing in previous seasons seemed like a great effort that took a long time.

Shouldn't her pregnancy at least show a bit after three of these journeys plus a war and one round trip Winterfell - Beyond the wall?

Okay so I've done some calculating on this and this is what I've come up with.
The distance between Winterfell and King's Landing is about 1500miles according to this source
Looking at this map, the distance between Winterfell and the wall is roughly a third compared to the distance to King's Landing, so that makes it 500miles. A horse or cavalry can travel between 30 and 60 miles a day according to this answer on quora
That makes the route from Winterfell to King's Landing at least 30 days by horse under good conditions (counting 50 miles a day here). And in that case the trip to the wall would be 10 days. The average walking pace is about 5km/h or 3.1mph. Walking in this pace everyday for 10 hours straight, would move the army 1500miles in 48 day's. I doubt you'll go faster than that in full armor.
I'll re-use the list from above and add the travel times based o this:

This totals to 130 days. On top of that we have to count in a couple of week's beacuse Cersei could'nt know from day one that she was pregnant. Let's say 20 days and we're up to 150 days or ~5 months.

No. It should not.

You seem to be under the impression pregnancy is quite easily visible after a couple of months. That’s simply not true.

Probably you’ve been looking at an image like this:

But that really only shows when the mother is naked and in a very particular position. You’ll often see mums take that pose to take a photo to show how the belly grows.

This image shows a little bit better how it works with actual clothes: 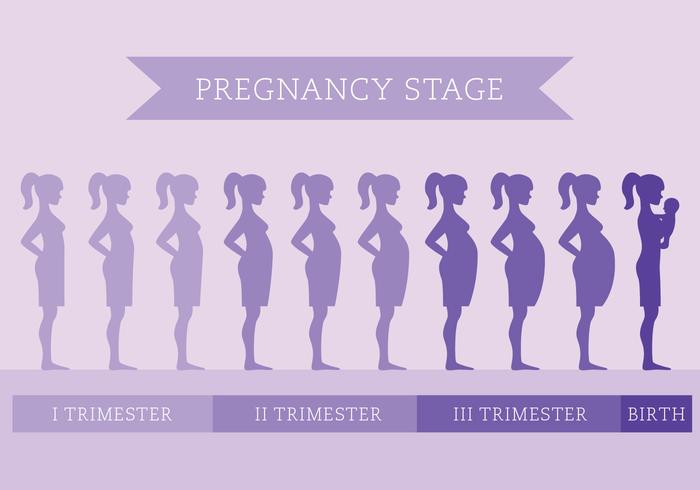 I can tell you from experience that it is usually hard to tell someone is pregnant before the 4th month and it can be difficult well onto the 5th month with the right clothes.

Now, Cersei always wears what appears to be a heavy ornament which isn’t particularly fit during 8th season so, at that stage and with those clothes, you should not be able to tell she’s pregnant unless the time between the end of 7th season and 8x05 is longer than 3-4 months, which I believe is probably not that long.

I think that this is a very difficult question to answer because there is no real track of time in the show. There isn't too many mentions of how long it takes to do anything. Three to four months could have passed, which would mean that the baby bump wouldn't be too visible, but on the other hand, comparing for how long it would take us to take relative voyages for what could be relative distances would, in my best estimation, be this amount of time:

So relatively speaking, I feel as if it should be at the ~5 month period, which should have it show.

9
How was Cersei able to give this order?
22
How did Ned see Cersei more recently than Robert?
76
Was the rescue in Episode 6 "Beyond the Wall" achieved in a plausible time?
3
What is Sansa being invited to?
13
How could Cersei devise this plan given what she knew at the time?
9
How can Cersei afford this in Season 7?
10
How could Cersei arrange for the King to raise Jaime to the Kingsguard?
9
Does Cersei deserve to be called a tyrant?
10
Why doesn't Euron get angry when Tyrion speaks about Cersei's pregnancy?