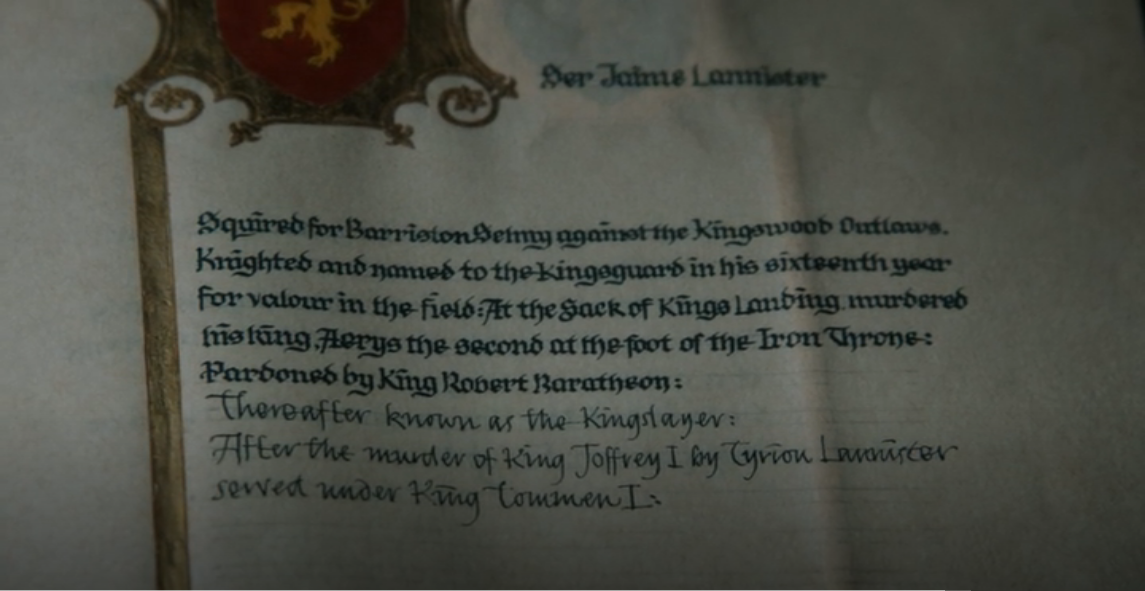 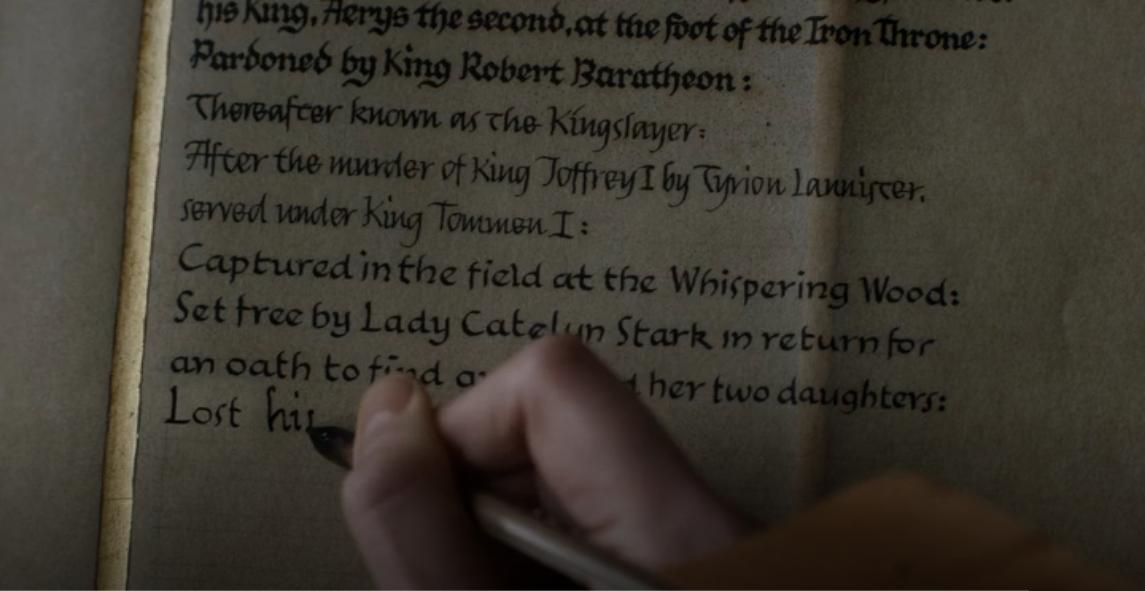 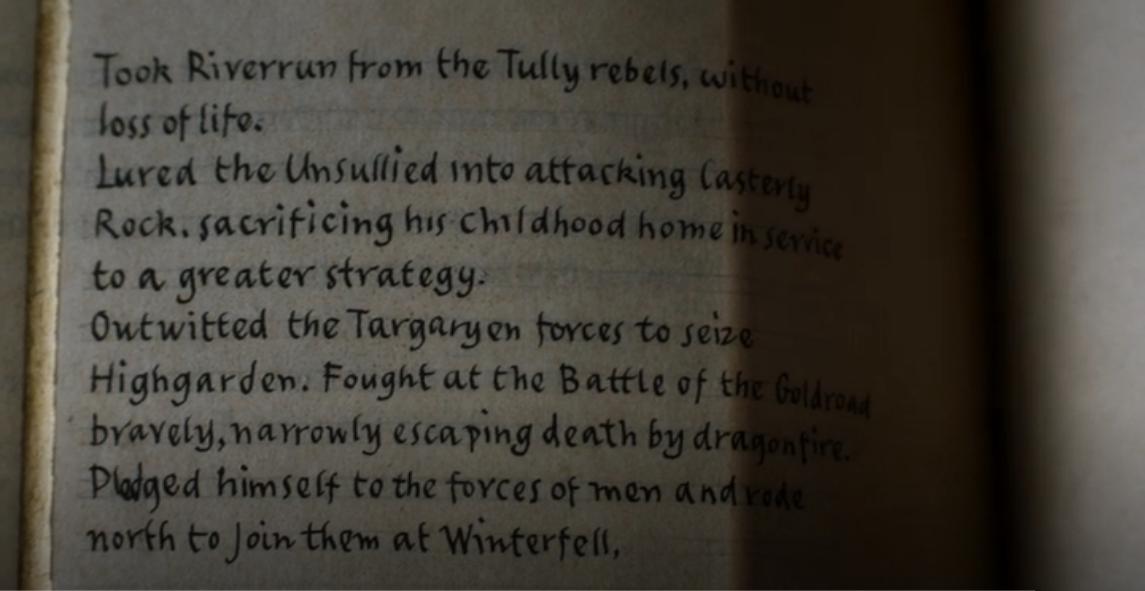 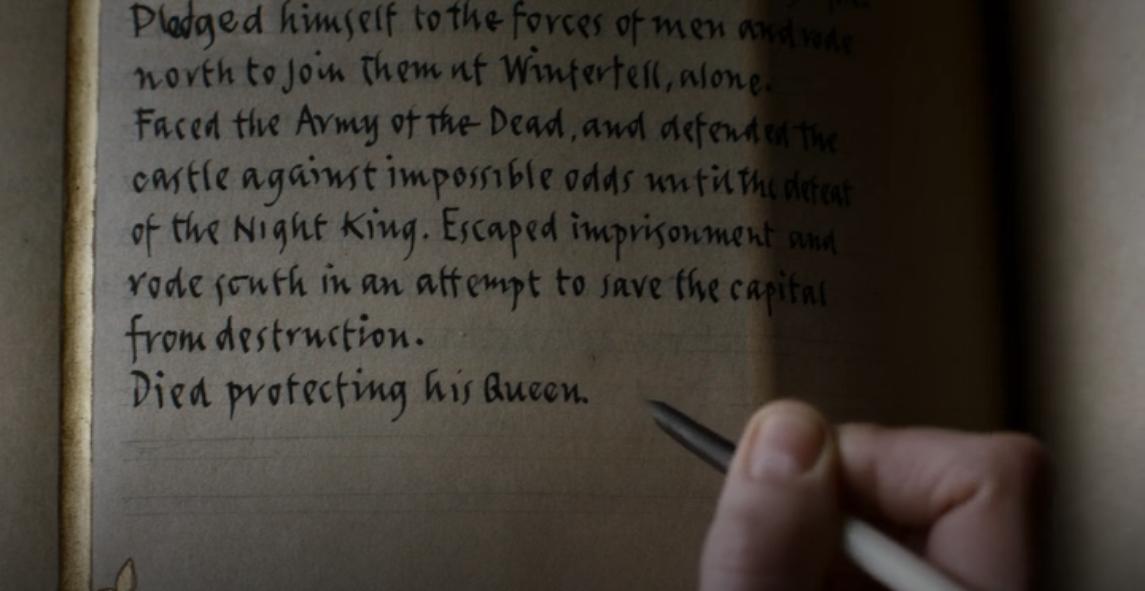 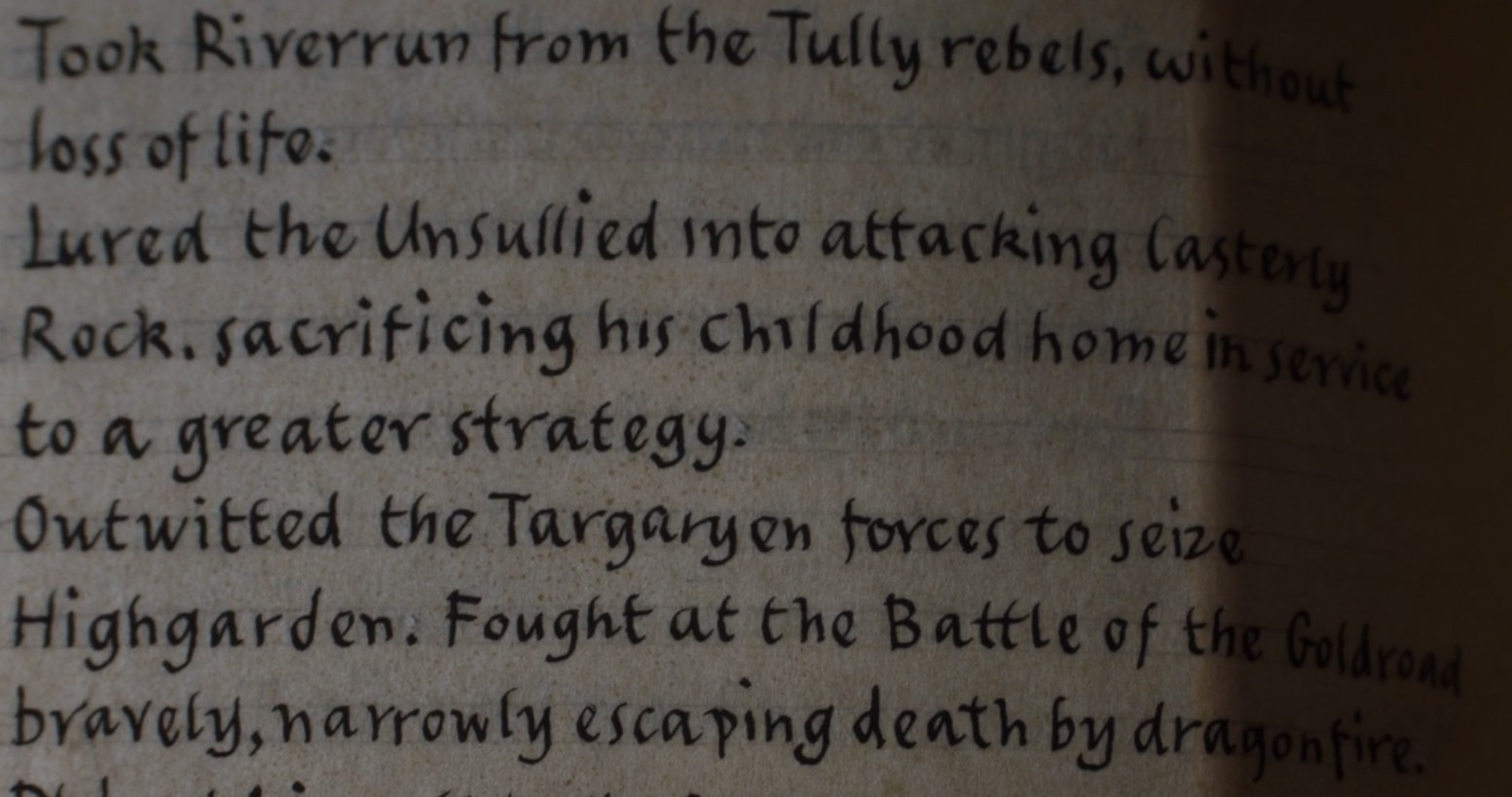 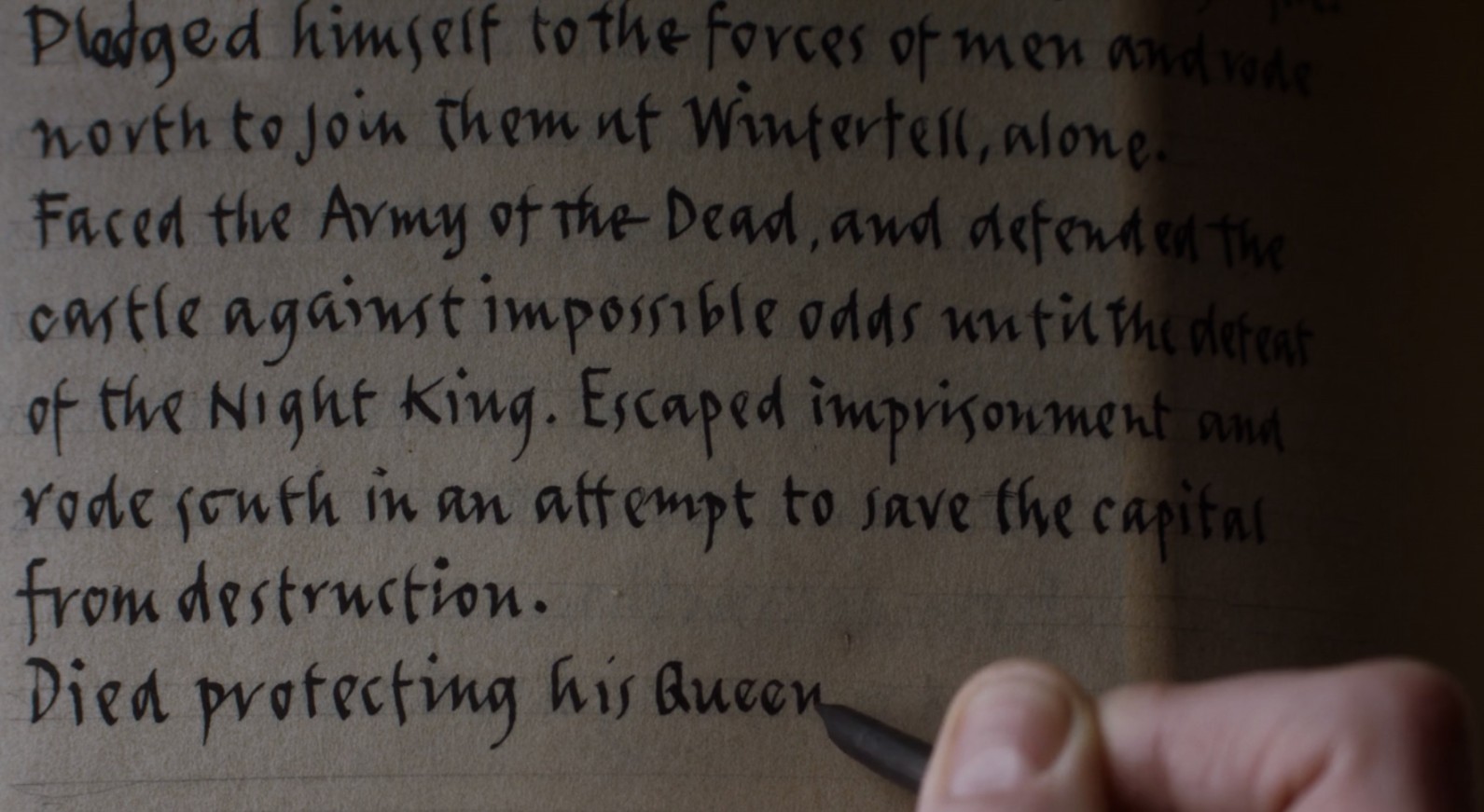 53
Why isn't Tyrion mentioned in the in-universe book "A Song of Ice and Fire"?

31
Why did Robb attack Tywin Lannister's Army at the same time as his surprise attack on Jaime?
90
Is there any proof that Jaime Lannister is actually a good swordsman?
29
What is the surname of Brienne?
7
What happened to the blood hounds when Brienne attacked?
6
Game of Thrones Finale Season 7 - What decision did Jaime make?
8
Was Brienne of Tarth a better fighter than Ser Jaime Lannister?
3
What purpose did Jaime have in the Battle of Winterfell?
12
Did Jaime ever mourn Joffrey's death?