I read it during the 90s when I was in middle school so I don't know if it's a kids book or an adult book. The book was in English, if that helps.

Humans have colonized a free-fall ("zero gravity") biosphere orbiting a neutron star. Some of the humans live in pseudogravity at the ends of enormous trees larger than skyscrapers, while others inhabit free-floating structures. In the absence of strong planetbound gravity, these colonists grow taller than their terrestrial ancestors. While their hands are still fully-functional, they can also use their elongated toes for holding onto tools and anchor points; in a way, they can "fly" and "perch" like birds. Only dwarves (the very shortest of the colonists) can use the advanced equipment built into the old spacesuits .

You can borrow The Integral Trees and The Smoke Ring as e-books from The Internet Archive. 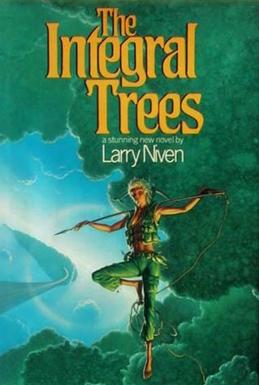 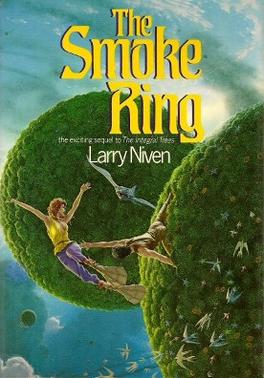 10
The A-Z book of Science FIction
6
Trying to find a book about a forest that absorbs people
6
Trying to find young adult fantasy about society in the trees
8
Old science fiction book about telepathy, telekinesis, pyrokinesis and mental control of insects
4
A book about time travel and a door with 4 keys
8
80s-90s Book (part of a series?) About Teenager Who Fights Greek Monsters
19
Looking for a Science Fiction book on dystopian future about an AI controlled city
8
Book about small people living hidden from humans in a big city
9
Movie/TV show about people living in a fortress-like city, surrounded by a wasteland populated by violent, mutated humans