How did D&D-specific fantasy elements end up in Capcom's “The King of Dragons”?

This is a question about the fantasy background of a video game.

In the 1990s, Capcom produced a large number of side-scrolling beat-em-up video games. Many of these had science fiction or fantasy themes, and the most elaborate ones were the Dungeons & Dragons games Tower of Doom and Shadow Over Mystara. However, one of my favorites, The King of Dragons, has always puzzled me, because it seems so much like a Dungeons & Dragons game, yet it is not one.

King of the Dragons was released in 1991, two years before the first Capcom game with the Dungeons & Dragons license. Many elements of King of the Dragons hew much more closely to the model of a fantasy RPG than a typical fantasy beat-em-up (such as Knights of the Round, also released by Capcom in 1991). There are character classes (elf, dwarf, cleric, fighter, and wizard); the enemy selection has very few human foes; and points (derived both from collecting treasure and killing enemies) are treated as experience, via which the characters gain levels.

The presence of the elements I just listed could simply be attributed to Capcom wanting to make a game with a Dungeon & Dragons-like flavor. However, there are also a few elements that are clearly taken specifically from D&D. The most obvious is the "Great Draconian" boss. Watch its death here.

There is also a "trent" (using a variant of the "treant" spelling invented for D&D, although the creatures are obviously based on Tolkien's ents). 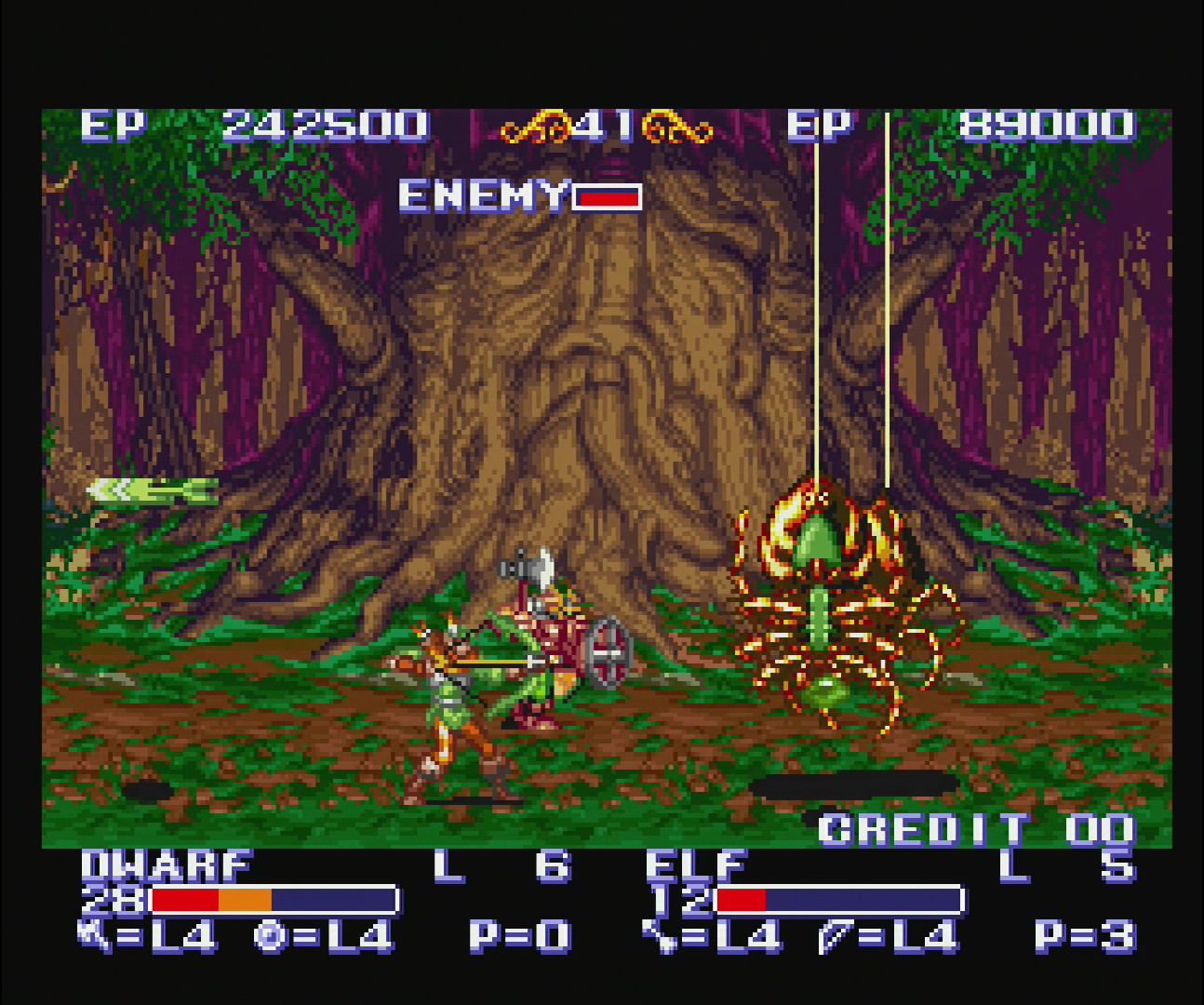 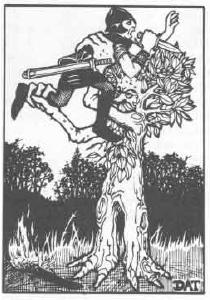 Another example, although only obvious in retrospect, is the appearance of certain monsters. Here, we see the wizard fighting a group of amphibious humanoids with large webbed crests.

Two years later, in Dungeons & Dragons: Tower of Doom, we had these troglodytes.

While there are some differences, there also a lot of similarities, including the creatures' use of tridents and their (extremely annoying) repeated jumping attacks. Most important, the webbed crest, the (A)D&D troglodyte's most notable feature, is there in both cases. Compare the classic trog miniature. 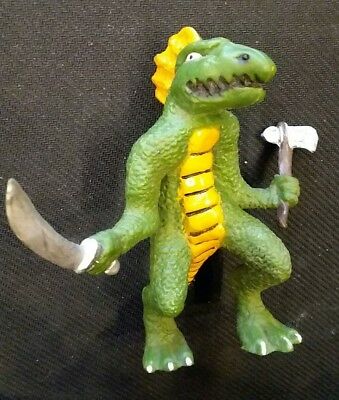 Of course, Tower of Doom and Shadow Over Mystara include many more D&D-specific elements: items, monsters, Vancian magic spells, etc. However, I always wondered how some clear (A)D&D elements ended up in The King of Dragons two years before Capcom starting making D&D-licensed games. Was King of the Dragons originally going to be an official D&D game, but there were some delays with the license? Or were the D&D elements just copied because the game makers liked them? And then how did the copying then affect the making of the later official D&D beat-em-ups?

Browse other questions tagged video-games dungeons-and-dragons the-king-of-dragons or ask your own question.

6
Who is the Cow King?
18
How did Chell end up at Aperture?
4
1988ish PC RPG that starts with navigating a raft to shore and has a scene where a village festival gives you food poisoning
7
Seeking a game like Hunt the Wumpus but with graphics, RPG elements, and a balrog
5
Was the creature guarding the camp in the Dungeons and Dragons movie a beholder?
7
To what extent were Dungeons & Dragons were-rats based on The Swords of Lankhmar?
5
Was the trident (named Wave) in the AD&D “White Plume Mountain” adventure a reference to anything specific?
12
Does the Dungeons & Dragons Movie (2000) take place in any known setting?
6
Looking for a specific “Dungeons & Dragons” related movie