How can Star-Lord fly horizontally with only boots rockets? [closed]

Ask Question
Asked 9 months ago
Active 9 months ago
Viewed 747 times
-1
Closed. This question is off-topic. It is not currently accepting answers.

In Avengers: Endgame, we see this scene in the final battle 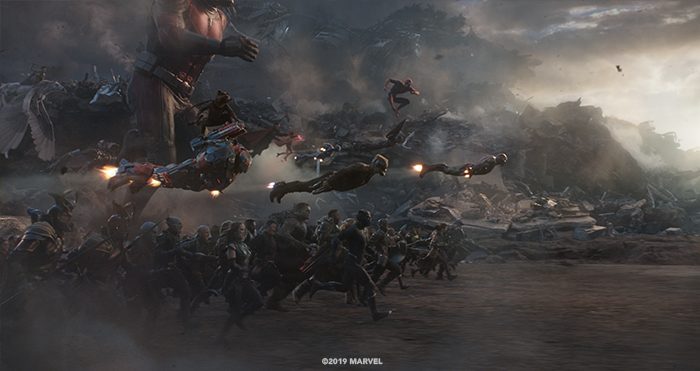 Star-Lord is flying horizontally without any rocket to stabilize him as we can see for Iron Man and Iron Patriot in the same picture.

How is it possible? Has Peter Quill got an anti-gravity suit to help him or anything else?

Find a video of skydivers performing the "delta" maneuver.

This is a body lift glide, like flying a wing suit without the wing membranes. Push a human body forward at around 100+ mph, and the airflow over the torso and legs (in Earth's atmosphere) can generate enough lift to support the body. Obviously, when skydiving, this doesn't equal level flight; considerable downward velocity is still required to keep the speed high, but in delta, a skydiver can travel horizontally at around a third of their vertical fall speed.

Now, give the skydiver rocket boots (and this has been done, with micro turbojets and wing suit, though not as far as I know for a no-membrane delta) and the vertical fall can be eliminated. Minimum flight speed would be close to 120 mph, but since Quill's boot jets can lift his weight against at least 1G and don't appear to require large fuel tanks, I see no reason he couldn't maintain this speed as long as necessary.

16
Can Cyclops fly?
4
In Iron Man 2 why was Vanko's suit able to match Tony's?
14
How could this character fly?
10
How fast can Captain Marvel travel in Endgame?
10
How can Sam Wilson fulfill his future role?
0
Can the post-Endgame Avengers solve all their problems with time travel?
7
How can Thor be worthy?
6
How can stuff shrink out of suit in Avengers: Endgame?