Did Darth Vader wear the same suit for 20+ years?

Darth Vader donned his iconic suit from his defeat on Mustafar to his death on the Death Star II, a little over 20 years. Was he wearing the exact same suit that whole time? Did he have any backup suits or suits he could change into for laundry day?

I'm looking for an answer in Disney canon, but Legends is useful supplementary information (an ideal answer would have both).

The Disney canon novel Thrawn: Alliances makes it clear Vader has more than one outfit in chapter 8:

Vader would need his armor cleaned in more time-consuming detail. Fortunately, he had another full set in his quarters that he could wear while the Chimera's techs restored this one.

In the canon Marvel series "Darth Vader" (pre-ANH) and collected in Vol 2: Imperial Machine), Vader engages a lost Jedi in battle and is severely 'damaged'. In the artwork, you can see that his armor is practically ruined. 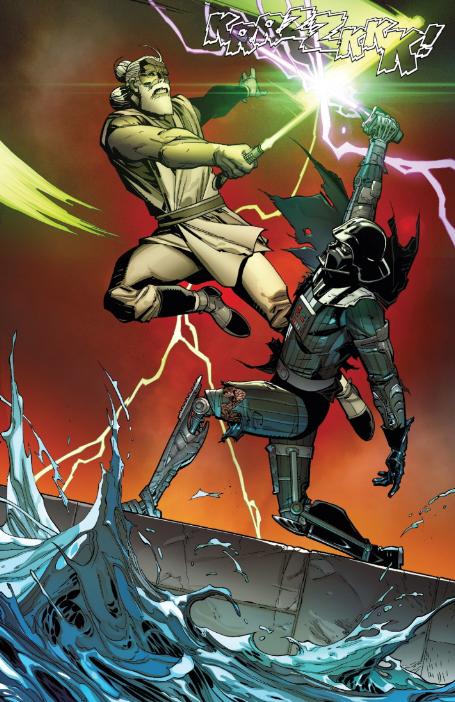 Palpatine says as much and comments that his [Palpatine's] droids will easily repair the armor and that Vader is free to tweak the suit as he [Vader] sees fit. 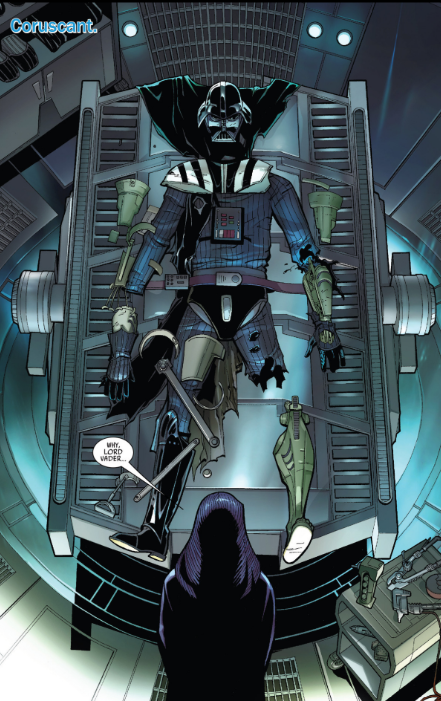 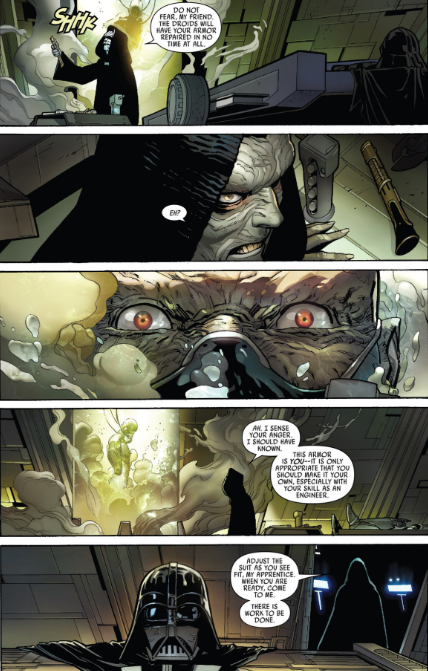 One could argue that the use of the word "repair" rather than something like 'new', 'replacement' indicates that the core of the suit is essentially the same. Additionally- the statement "the armor is YOU" indicates a sense of permanence

VFX supervisor John Knoll gives an explanation that is not canon, but it seems applicable:

While not strictly official, Knoll even had some story reasoning in his own mind for the slightly different armor and outfit in each movie.

"I figure he's got more than one version of those outfits. The reason the armor looks a little grungier and dented up in A New Hope is you're not going to wear your nice armor into battle. You're gonna wear your beater armor into battle. Then, if you're going to go talk to the Emperor or something you put on the nice shiny one, show some respect," Knoll said with a smile.

44
Has Darth Vader ever worn a different suit than his traditional black one?

10
Why didn't Palpatine/Vader crush Organa in between 2BBY and Alderaan's destruction?
18
When/How does the Empire say Anakin Skywalker died?
8
Who saved Luke: Anakin or Darth Vader?
20
If Darth Vader discovered Luke was his son from the Emperor in the 2004 retconned version of “The Empire Strikes Back”, then how did the Emperor know?
18
Is there any evidence that Palpatine cared about - or liked - Vader?
28
Why does Darth Vader opt to physically strangle Captain Antilles at the beginning of “Star Wars” (1977) instead of “Force Choking” him?
11
Were the Stormtroopers on the Death Star ever intended to be a ground assault force?
74
What did Darth Vader mean by “There’ll be no one to stop us this time.” Who had “stopped” Vader—or the Empire—previously?
5
Did Darth Vader ever take off the armoured portions of his suit to go undercover?