Back in the late 90s or early 00's, I saw this movie about some kids that were being put down by bullies. I think that a soccer ball falls out of nowhere or somehow they find this ball that has life. If not mistaken it can fly or float, and the place where you can inflate it is like the eye or the lens where it can see.

I believe it is European, French, German, UK... Because of the buildings and it was a bit gloomy. Had that grey color of cold weather. The name of the kids also seemed a bit weird. I think the kids try to help the ball. I don't recall what language it was. This is a movie from the late 80s ,90s or early 00s. I don't recall much but it was the size of a ball, saw it once on TV. I want to really say it was a soccer ball.

This is the plot of the fantasy childrens film The Ball (De Bal).

11 year old Sophia has no real friends. She is pushed around by the "Beastie boys", a gang of street kids who have built an entire camp in the trees of a junk yard. One day Sophia hears that the yard is ordered to be cut down by Carlow, the mayor. Mingus, who lives in the yard, will be taken away and put to sleep. Sophia is shocked but just then she meets a gypsy, who lends her an old leather ball. For five days only. The ball is alive and may just be able to help her saving the yard. And indeed the ball proves being an amazing character. It makes objects fly and communicates with Sophia through whistling, and successfully attacks Carlow's bodyguard "Sweetlove". Sophia is accepted in the gang.

It's Belgian, late 90s (1999), the atmosphere is gloomy, some of the kids have weird nicknames, it's kind of a soccer ball and I think it can see things (or at least communicate) through its air hole. You can watch a short clip from it here. Here's an image (from Amazon): 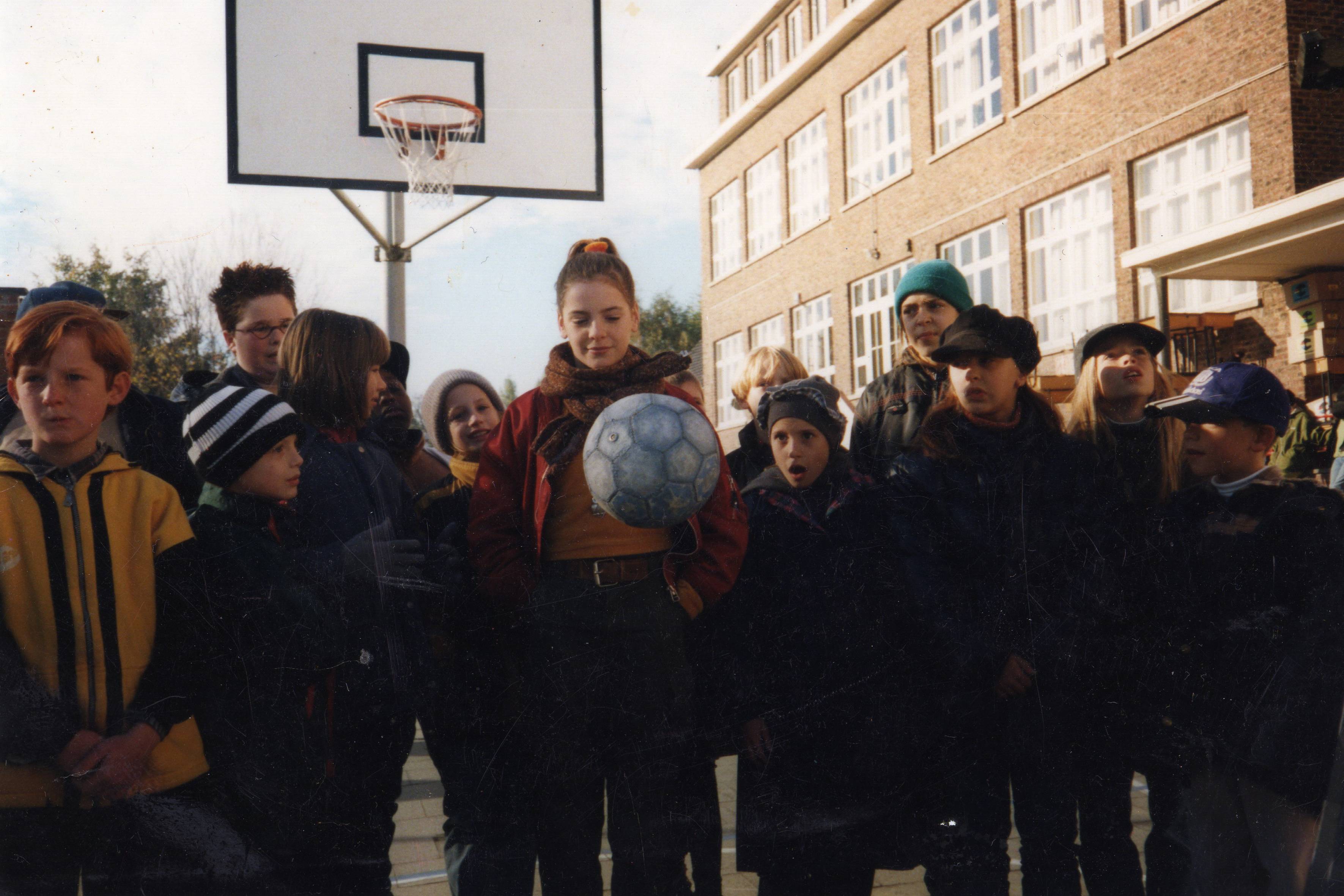 10
Children's sci-fi story about a group of British(?) school children who find an alien animal

12
Which kids movie, from the 80s involved aliens with guns that could be powered by pennies?
4
Live-action movie or TV show from late 90s/early 00s with kids, a friendly spaceship/thing, and an evil guy
6
80s movie about a genius boy who invents a force field to deflect football balls
16
Early 2000s film, FBI-like agents investigate a deadly TV signal, which causes cells to "expel calcium", paralyzing people and making them shatterable
3
80s or 90s movie with evil genie and kids?
8
Movie with a demon that forcibly impregnates women
6
Looking for a children show with talking dogs
17
"I know you're there. I can smell you!"