Were there ever more than 7 Kingsguard at any one time?

In the books, almost certainly not.

They're always referrred to as only (at most) seven:

Old Nan said they were the finest swords in all the realm. There were only seven of them, and they wore white armor and had no wives or children, but lived only to serve the king. Bran knew all their stories. Their names were like music to him.

Also, their standard has seven swords. Clearly the number seven has a lot of significance (partly due to religious reasons - it's an important tradition). 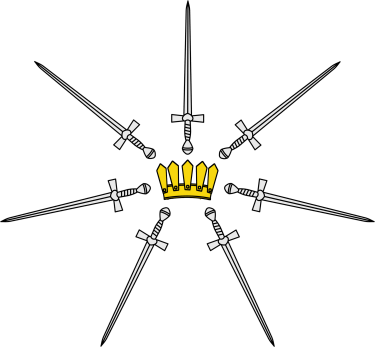 For what it's worth, The Ultimate Game of Thrones and Philosophy: You Think or You Die (a book which appears to be a collection of third-party essays, so probably not canonical), says:

The Kingsguard is an order which reaches back for hundreds of years - having been founded by Aegon the Conqueror more than 250 years before Robert's Rebellion. At any given time there are never more than seven members of the order.

In the show, only due to an editing muckup.

The episode "Fire and Blood" has a scene with nine Kingsguard, but it's known there are only seven (six in the city) at this point:

During the scene in which Joffrey torments Marillion the minstrel in the throne room, too many Kingsguard members are present. There should be only six in the capital, given that Jaime Lannister left King's Landing to fight in the Riverlands (also, Sandor Clegane has replaced Ser Barristan Selmy). Five can be seen immediately next to the Iron Throne (including Sandor and Ser Meryn), but paradoxically, when the camera switches to Marillion and the rest of the crowd, four Kingsguard members can be seen guarding the main entrance to the throneroom - for a total of nine Kingsguard, when there are never more than seven at a time, and only six should be present now. There probably weren't nine actors in Kingsguard outfits when the scene was filmed, as all nine are never in the camera frame at the same time. More likely, different takes of the same scene positioned the Kingsguard members differently, then mismatched the shots in the editing process. 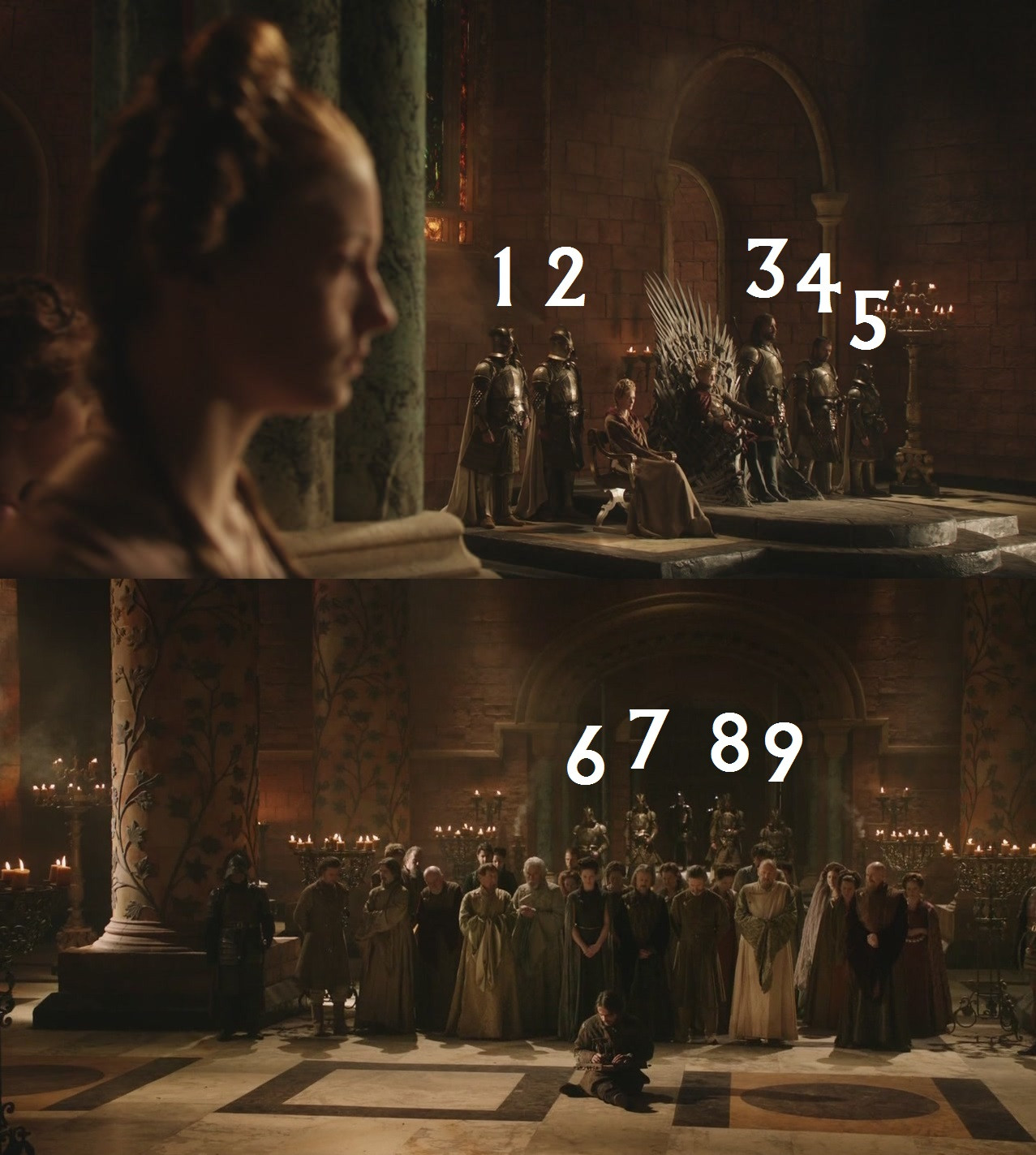 As far as I can tell the Kingsguard has only ever had a maximum of seven members. We have had cases of less members, mainly due to members dying, a new Kingsguard starting out or in Joffrey's case when he dismissed Selmy.

"Your Grace," Littlefinger reminded the king. "If we might resume, the seven are now six. We find ourselves in need of a new sword for your Kingsguard."

And of course there have been cases where a king has had more the seven just not at once, again Joffrey is a good example of this having 7, dismissing Selmy to 6 and then getting Sandor in the position back to 7. Which means he had, had 8 members at that point.

Note that seven was chosen because the Kingsguard were guarding the protector of the Seven Kingdoms so it wouldn't make too much sense to have more.

It was Visenya, not Aegon, who decided the nature of the Kingsguard. Seven champions for the Lord of the Seven Kingdoms, who would all be knights. She modeled their vows upon those of the Night's Watch, so that they would forfeit all things save their duty to the king.

The World of Ice and Fire, The Targaryen Kings: Aegon I

To be honest it is hard to prove a negative but I gave A Wiki of Ice and Fire a look through and searched the books a bit myself but turned up nothing.