Are all the ascended dead?

In the episode where they are finally able to put together Merlin's weapon and send it to the Ori galaxy, Vala points out that she's pretty sure the one part that didn't make it into the rig is the time-delay device.

This means they switch the weapon on in our galaxy and send it via the Stargate to the Ori galaxy.

Does that mean the weapon was on in both galaxies and killed both good and bad ascended factions?

In a word, no. We see at least one non-Ori ascended Ancient (Morgan le Fay) in the sequel film, The Ark of Truth. She explains that it's difficult to act openly because other ascended beings might prevent her from doing so.

DANIEL: Merlin died. He didn't ascend. His consciousness left me. It's—it's gone. The Ancients must be able to see through your disguise. I know I can, I just don't know why you think it's necessary.

MORGAN LE FAY: You were once ascended. You know how complicated it can be. Interfering with the lower planes is not allowed.

Admittedly, it's possible that she was hiding in the Pegasus Galaxy when Merlin's weapon activated and that she's referring to other ascended beings that are preventing her from acting, but you would imagine that she would have mentioned it if all of the Milky Way ascended had also died when the weapon activated.

Purely for the record, the item that Vala identifies as being the timing crystal is the final piece that she inserts into the Sangraal to activate it. 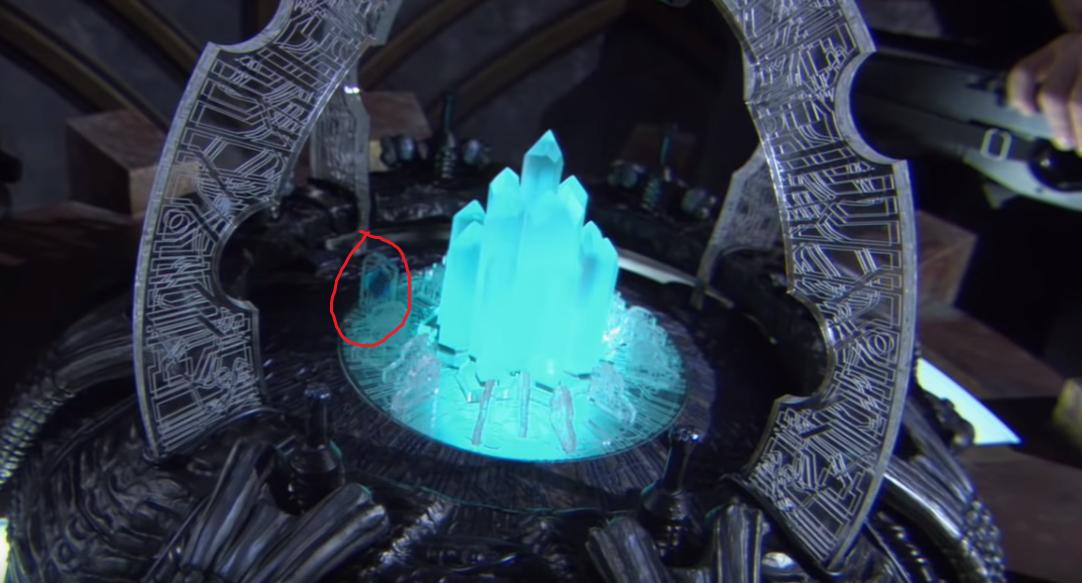 Note also that the fact that the Ori Mothership doesn't come back through the wormhole at a later date would strongly suggest that the Sangraal exploded or damaged the ship in a way that prevented its further use and the recovery of the Sangraal itself.

Vala later swaps inert crystal for the activation one, shortly before the ship enters Supergate. That means the weapon was on a countdown when sent over to Ori galaxy.

From what I understand from previous episodes Ori are aware of what's happening in our galaxy only through proxies (due to the Ancients' protection(s)), so when there's no Prior onboard and Aria is knocked out cold before entering supergate (which also means that she avoids "cancellation"), Ori do not stop it. Also, they have rather limited time to do it as the countdown was pretty advanced by the time of the transit. IIRC even on their own turf they kind of try to play by the rules (i.e. no direct intervention), so it's possible that they were unaware of it entirely.

Anyway, answer is: no, weapon did not wipe out the Ancients (good ones) because it was not active, just ticking happily away.

14
Is there a time limit within which a sarcophagus can be used to revive a dead body?
10
Were All Off-world Humans Vegetarian In Stargate SG1?
5
Are all the Humans in the (Stargate) Milky Galaxy the same species?
7
Is it impossible for Earth Stargate be modded to dial all Stargates?
8
How were ZPMs made, charged, and are they all equivalent?
10
What is all that diner lingo in Stargate SG-1 episode "Threads"?
6
How did Ganos Lal avoid the effects of the Sangraal?
8
In the 1969 episode, why is all the equipment covered
11
Have we ever seen a Stargate in the Ori galaxy or isn't there one at all?
5
Are the Nox ascending?