What is the meaning of this drawing of a combine soldier holding a baby next to the word 'Caste' in Half Life 2?

I used to play the Half Life games a few years ago, and among the many screenshots I had taken, here is the most questionable one: 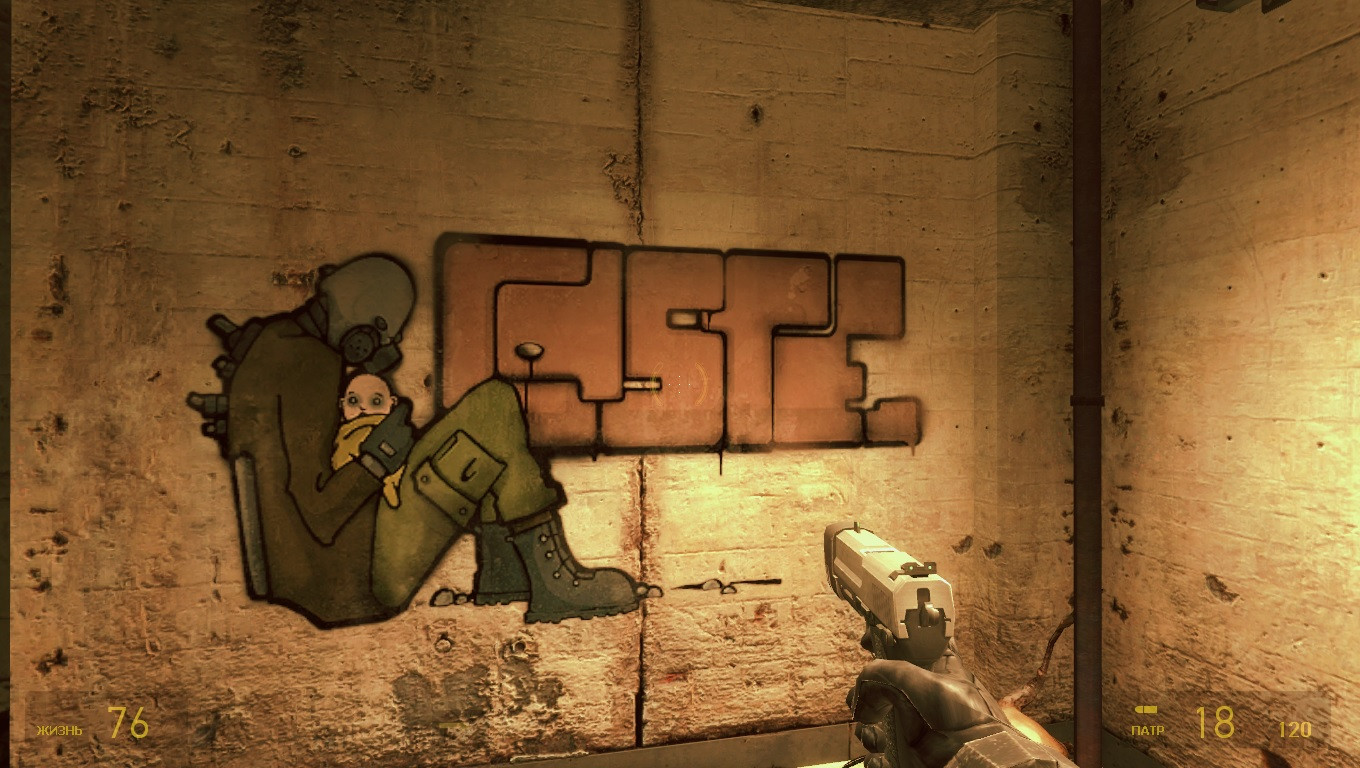 What is this picture about?

It likely refers to the fact that some of the Combine are former humans, enslaved by the Combine, and now the lowest tier of what is presumably their caste system. The BBC describes India's caste system like this

Rural communities were long arranged on the basis of castes - the upper and lower castes almost always lived in segregated colonies, the water wells were not shared, Brahmins would not accept food or drink from the Shudras, and one could marry only within one's caste.

The Combine definitely treat humans like a lower caste. You can move up, somewhat, by being reprogrammed as a Combine soldier, but it's not clear if that's an actual improvement. Many humans are turned into Stalkers, who no longer have any free will. Humans are not allowed to have children as the Combine have implemented a Suppression Field that prevents pregnancies from coming to term. The Combine soldier juxtaposed to the baby is apparently meant to show these two injustices (assimilate or go extinct).

Not the answer you're looking for? Browse other questions tagged video-games inspiration half-life or ask your own question.

8
What was the time span over which the events in Half Life took place?
15
Why is Gordon Freeman recognized as a legendary hero in Half Life 2?
24
In Half Life 2, why is the game logo the symbol of the resistance?
3
What are the dimensions of a Combine synth gunship from Half Life 2?
5
In Half-Life 2, how many people would fit in Combine Dropship's Troop container?
3
What is the name of this sci-fi strategy video game?
10
Was there any intentional meaning behind Gordon Freeman's surname?
8
Short movies on YouTube resembling Half Life