Apparently, when it was in the cop compound, it was able to turn off the lights and pretty much nail every cop on first shot. Pretty neat that the T-800 series could see in night vision, probably something that Kyle Reese should have mentioned!

The T-800 has an infrared vision mode, as seen in this picture from this FAQ (emphasis mine) 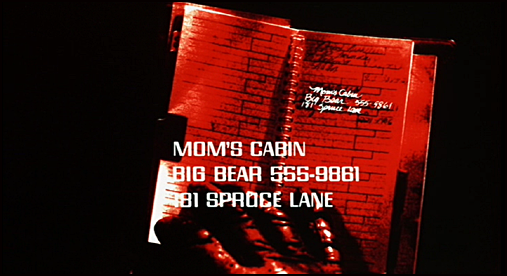 The Terminator's optical sensors can sample an extended range of visible frequencies, including infrared (which can allow it to see heated bodies in total darkness). This information is then displayed on a 40,000 bit digitized display. Concussion-proof lenses protects its eyes, which are capable of moving independently. When using both eyes to track two different targets moving in different directions, depth perception is created artificially by creating a computer-generated off-angle ghost image. 800 series is capable of motion tracking, search modes, facial identification and recognition and has extensive vision enhancement capabilities including long range zoom (can snap-magnify an image by around x15), motion analysis and night vision. He can also calculate temperatures and weights.

During that time it would certainly have opportunities, like now, for economy mode, where power was cut to 40 percent of nominal function. The optical system switched to infrared only.