Did the Rebel Alliance do anything with the Death Star plans after the Battle of Yavin?

In A New Hope, the Rebel Alliance has stolen the secret plans for the Death Star. They are able to study the plans to find the critical weakness allowing them to destroy the Death Star at the Battle of Yavin.

But even with the Death Star destroyed, they've still got the technical plans to perhaps the most advanced battle station ever constructed, and those could hold value to a lot of people.

Did the Rebel Alliance do anything with the plans? Study them for weapons development? Sell them on the black market to finance their rebellion? Consider making their own fleet of Death Stars? Or just destroy them to avoid anybody (aside from the Empire) from building another one?

I'm open to answers in either Disney Canon or Legends.

No discussion takes place about the disposition of the Death Star plans post-Battle of Yavin. One assumes that they were simply deleted or destroyed to prevent them from falling into the wrong hands, although there's always the possibility that Leia and the Alliance kept them for some reason.

The novel Darksaber addresses this. The plans were kept in a secure vault on Coruscant and were stolen by Hutt infiltration agents.

“Summon Chief of State Organa Solo!” Threepio said. “This is an emergency. The fate of the entire galaxy is at stake.”

The assassin droids were not impressed, and Threepio increased the volume in his vocal circuits. “Don’t you understand? The plans to the Death Star have been stolen!”

They were kept aboard the titular Darksaber when it was destroyed and are presumed lost with it.

The two broken planetoids smashed together with the Hutt superweapon between them. The Darksaber was crushed in an instant, becoming yet another hunk of space debris that would float forever in the Hoth Asteroid Field.

Valorum has the Legends answer covered. However, funnily enough, a new canon answer was published eight days after their answer.

In Doctor Aphra 33, General Airen Cracken reveals his plan to take Death Star technology, combine it with a Jedi weapon, and create a much smaller scale but still incredibly powerful weapon.

We stole the plans—used 'em to destroy the damn thing. Why the hell wouldn't we build our own? - Craken 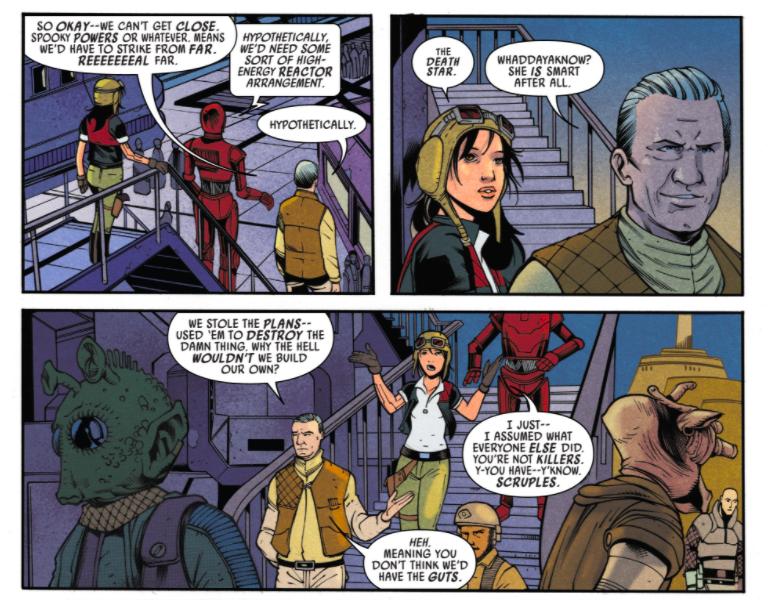 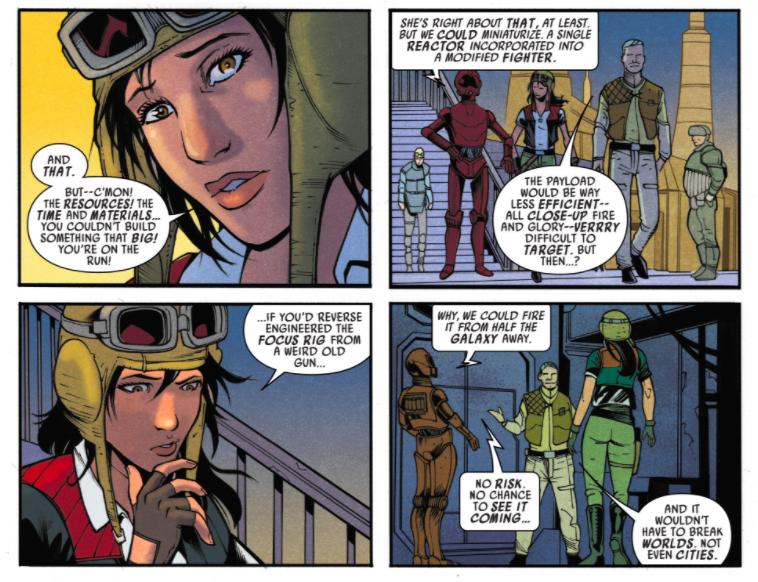 Later on, it's stated that Mon Mothma is entirely unaware of this plan.

However, it's revealed in issue 36 that the entire thing was part of a complicated ruse.

By all accounts, the Rebellion had no inclination to ever use the technology themselves, for both moral, image, and resource reasons.

Not the answer you're looking for? Browse other questions tagged star-wars star-wars-legends death-star the-rebel-alliance or ask your own question.