Captain America served in World War II and Magneto's backstory revolves around his time in a concentration camp.

Have Steve Rogers and a young Erik Lehnsherr interacted during WWII?

Presumably this would have to be in the comics since the MCU and XCU have been distinct (for now).

Twice in comics, once in cartoon; but not in the "main" set of events.

Have Cap and Magneto met? Yes and no. (occurences are ordered by date of publication)

Yes, because in What if? #28 (1991), Captain America and fellow soldiers encounter a young "Magnus" in a concentration camp. No, because... it's a What if?, so the story isn't exactly canon, and in that timeline, "Magnus" never became Magneto, thanks to the life lesson Cap gave him about not dividing people based on their differences. 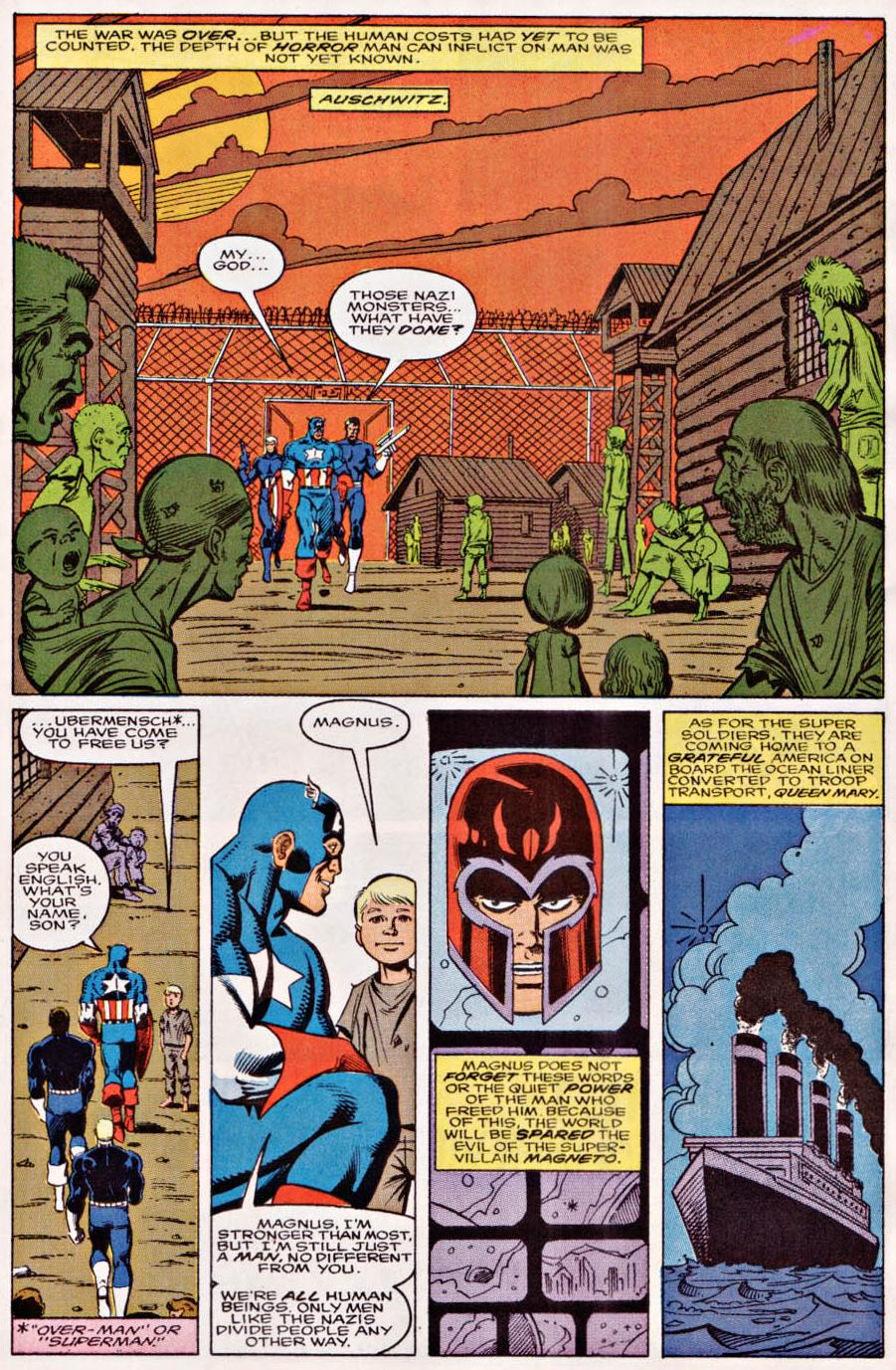 X-Men: Evolution season 2, episode 11 had a different take on that, with Cap (and Wolverine) rescuing Magneto, but presumably no time for the life lesson; hence, him becoming who he was in the TV show.

X-Men: Grand Design #1 (2017) has a Watcher recording some events about "a pantheon of mutants". We see an alternate Earth where, possibly influenced by the Evolution line-up, Wolverine and Captain America are on a cover mission, and witness a kid being beaten up. Kid turns out to be Magneto, and he uses his powers on Cap's shield to get rid of his bullies. 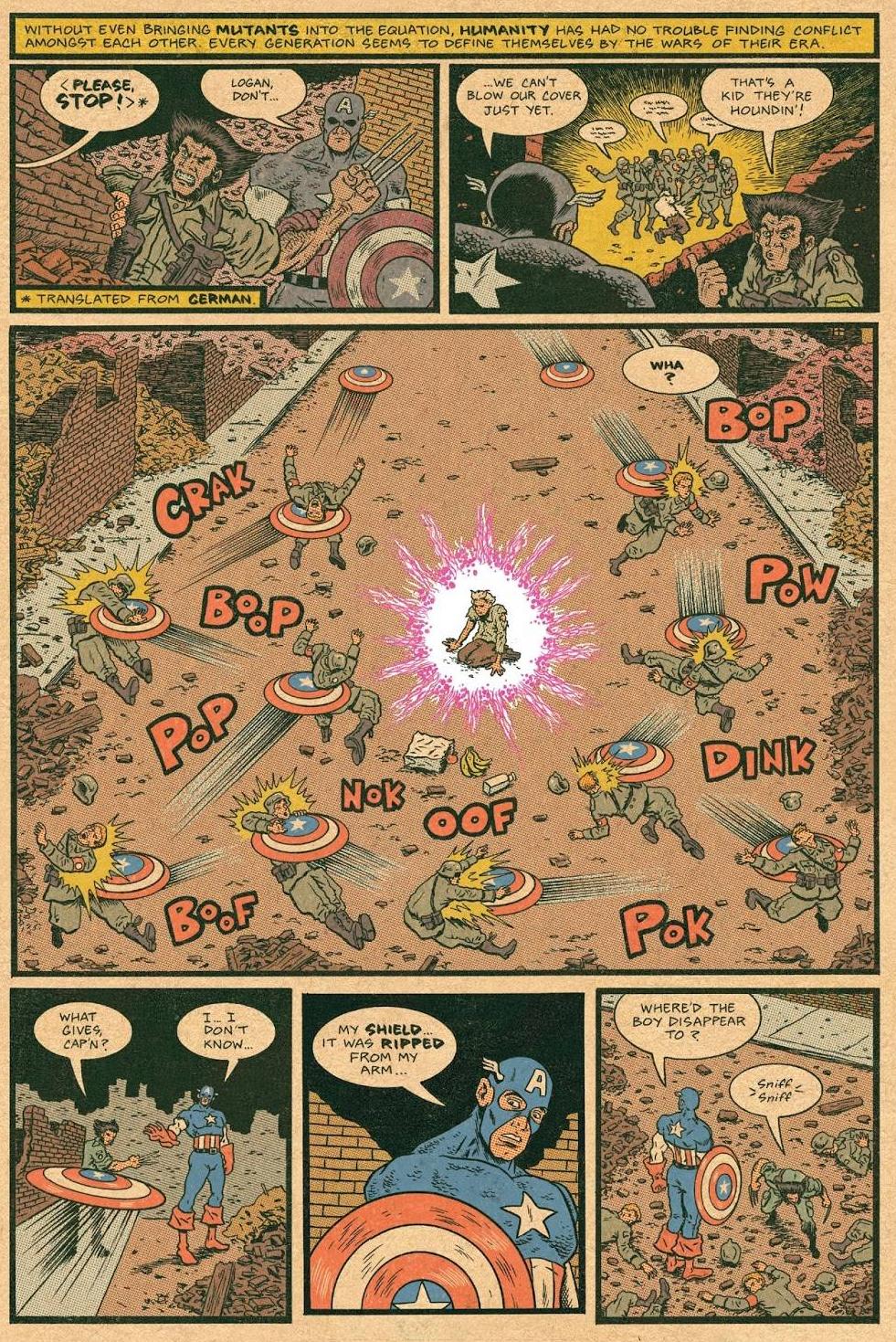 In the What if? Volume 2 #28 comic "What if Captain America had led an army of Super Soldiers in WWII? Steve meets and frees a young Magneto at Auschwitz. 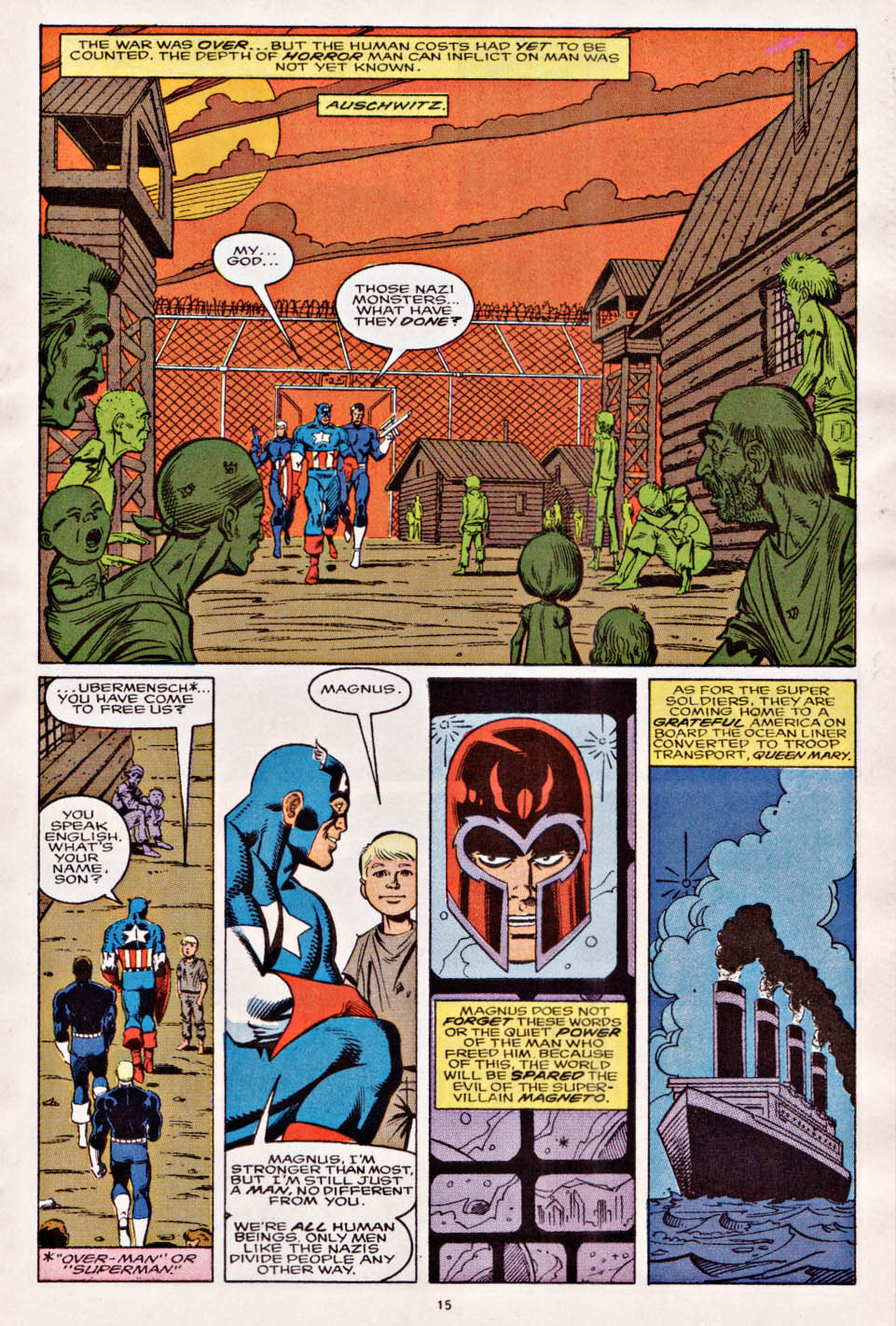 Also in the cartoon X-Men: Evolution Captain America and Wolverine free Magneto from a concentration camp.

Not the answer you're looking for? Browse other questions tagged marvel comics captain-america magneto or ask your own question.

35
How does Steve Rogers treat Tony Stark post Civil War?
20
How old is Captain America when he receives the 'Super-Soldier Serum'?
27
Is Captain America super-human?
7
When did the Marvel Cinematic Universe U.S. presidential history diverge from the real world's?
2
Does Bucky Barnes have Dissociative Identity Disorder?