I know this animated movie might have been 3D and it was possibly from pre-2011.

In it, there were these space farmers. I think they wore orange space suit sometimes and the protagonist’s father was missing. I know there was also the concept of dimensional jumping maybe?

The protagonist knew some martial arts that were taught to him by i think his father and he was trying to find him. Then in the dimension they went into they found these huge aliens, somewhat looking like humans just suuuper large and I think they had more than two eyes. The "main" alien was something like royalty a prince or something and he was ALSO taught that martial art (maybe kung-fu) by the protagonist’s father. I know that that the main alien had either a sister or maybe it was his girlfriend.

There was also some war going on or something (it’s NOT Battle for Terra). I know that these space farmers also lived on what i think were asteroids, maybe? and that they had a space ship. The story had a good ending with the protagonist finding his father and the alien war won, I think by those blue aliens.

It's the 3D animated Chinese film Thru the Moebius Strip from 2005. From IMDb:

Physicist Simon Weir invents a portal that can in theory take people to unimaginably distant locations millions of light years away. He tests the portal and never returns. Everyone believe he's dead and the portal is forgotten. His son Jac however does not believe this. When he's 14, he finds his father's portal and decides to go after his dad. He emerges on a strange alien planet of giants, who follow a code of honor similar to Earth's medieval chivalry. Jac meets some friendly locals and finds out that his father is still alive, but imprisoned. The aliens make no distinction between technology and magic, so Jac plans to use this to rescue his dad. What he doesn't realize is that stakes are much [higher] than that.

It's all there. He practises martial arts in an orange jumper on a farm in the beginning, the aliens are huge and bluish etc. (they have 2 eyes though - but nostrils & horns that might be mistaken for extra eyes, I guess.) Here's a poster from Amazon: 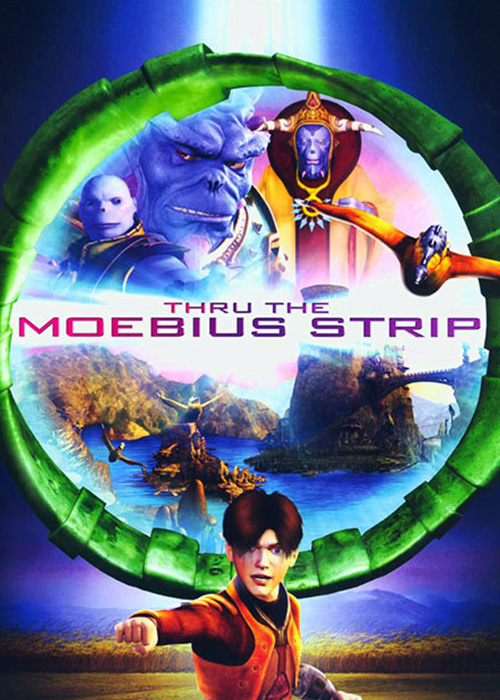 Not the answer you're looking for? Browse other questions tagged story-identification movie space animation or ask your own question.

7
2010s animated movie with father who creates portal and gets captured by giants. His family go to rescue him

9
Searching an unknown type of color in space
16
Young man hypnotized (willingly?) into thinking he was an alien
8
Novel with space suits made of strange material, disruptor knives that melt people, and nonhuman characters