USA English paperbacks. Pretty sure it was a trilogy. The covers were quite colorful. One I remember had a man standing before a chained up 2 headed dragon.

I remember little of the story. In Fact I am probably confusing my recollections from different books in the series.

First a wizard comes to a large sprawling busy very old castle. (at least several hundred, maybe a thousand years old, parts are in disrepair) Some crisis is going on in the castle (Maybe danger or plots against the royal family) The castle is sentient, and it recognizes that the wizard is a xxxxx mage. (A type of wizard that can understand castle speech.)

The castle starts trying to warn the mage of the danger, (creaks and groans that a settling house might make) but maybe the disrepair make it so the mage is not realizing that the castle is trying to communicate with him. Angry at being ignored, the castle start "yelling" at the wizard. (Slamming doors, creating drafts that blows out fireplaces, jamming gates so they wont open, etc)

Second, a dragon that lives in a mountain pass separating 3-4 kingdoms, is tricked by a slick Traveling Merchant who wants to go through the pass into an argument with itself. Now with the dragon distracted, he can sneak past... BUT the dragon Keeps on arguing with itself allowing everyone to pass. Some of the aggressive kingdoms start getting armies together to go through the pass to invade the other kingdoms.

[I think the dragon was originally placed in that pass many many years before for the purpose of preventing invasions.]

This is the Pelmen the Powershaper trilogy by Robert Don Hughes.

The two-headed dragon is in the first book, The Prophet of Lamath, and the sentient castle is in the second, The Wizard in Waiting. The third book is called The Power and the Prophet. Original covers by Darrel K. Sweet 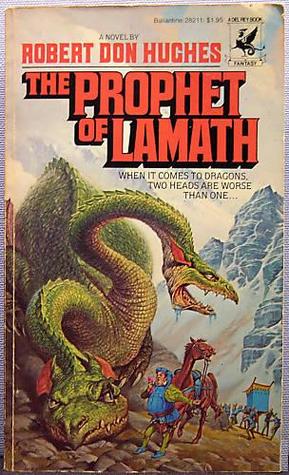 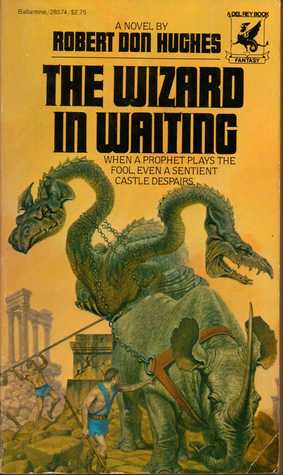 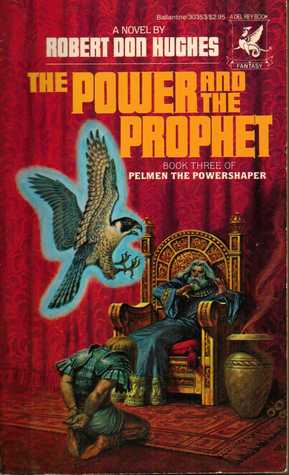 Not the answer you're looking for? Browse other questions tagged story-identification novel magic dragons or ask your own question.