What did River say when she woke from her proto-comatose state?

In Firefly Episode 9, Ariel, River and Simon take a drug that puts them in a proto-comatose state.

Around 17:30, River wakes up, says something, and startles Jayne. Jayne responds "What did you say?" but never gets an answer.

What did she say?

The subtitles I have just say "[Mutters]". But I assume that Summer Glau chose some words to say, even if they didn't form a logical sentence.

I've listened over and over, and my best guess is "Copper for a King". But I could be way off. 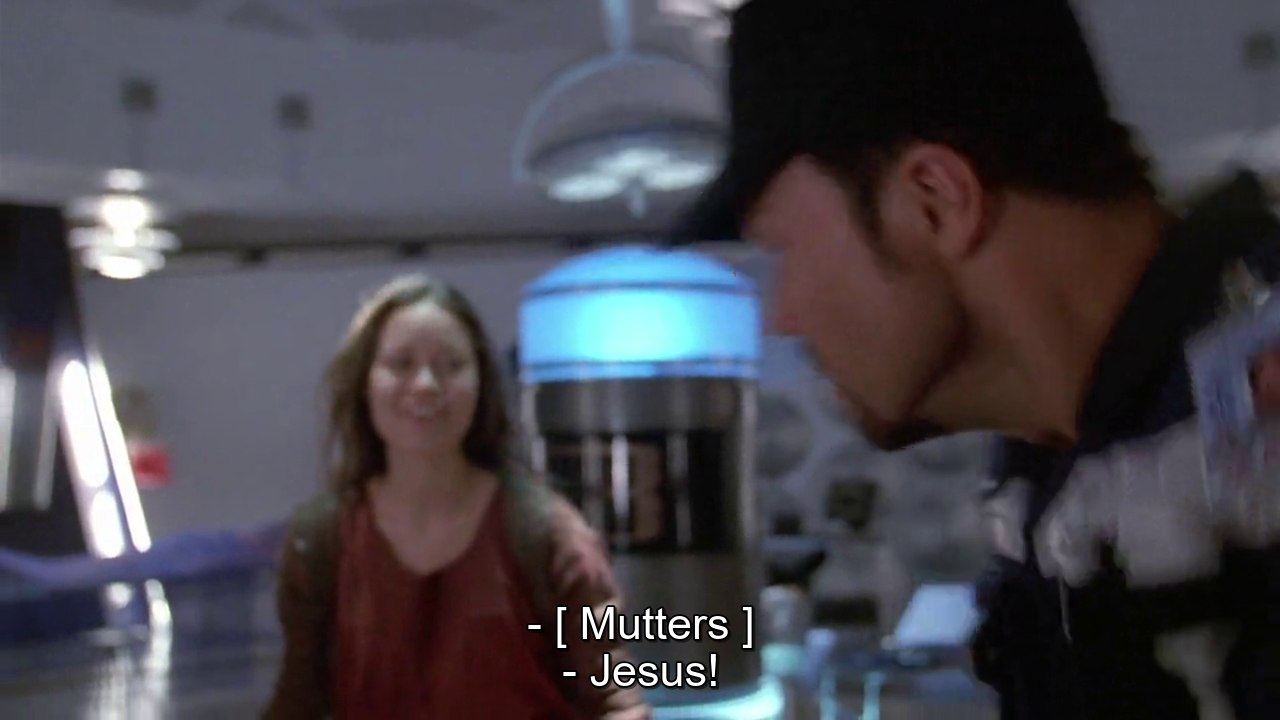 The official shooting script has the line;

[Behind Jayne (and unseen by him) River SITS UP INTO FRAME. She's just woken up and is a bit dazed, disoriented. She's inches behind him as she says --]

RIVER: A copper for a kiss.

[Jayne jumps -- she startled the hell out of him.]

19
How did River Tam end up in Alliance hands between the series and movie
22
How did Jayne know when to shoot?