Did Wakanda officially get the stuff out of Bucky's head?

At the end of Captain America: Civil War we saw Bucky tell Steve that the best thing to do until "they" found a way to "get the stuff out of my head" he should go under. Then we see him put into a sort of cryosleep.

Given that he was living out of a hut when we saw him next did "they" officially figure out how to clear his mind of all the Hydra programming?

Is there anything that we learned this is the case or is the possibility still there that he could be controlled?

It is only alluded to in the films that they healed him whilst he was in cryosleep in Wakanda. In Captain America: Civil War it is of course stated that they are going to try and heal him and then in the Black Panther post credits scene Bucky is seen living in a Border tribe hut. Shuri goes out to meet him and he thanks her and she goes to "teach him". I believe this is alluding to her having healed him.

Shuri: How are you feeling?

Shuri: Come. Much more for you to learn.

As far as I know there is nothing more explicit than this in the films themselves, only T'Challa alluding to it by saying "The White Wolf has rested long enough" in Avengers: Infinity War. However, if we go to the supplementary comics we can see Avengers: Infinity War Prelude Part 1 where it is stated that Shuri has found a way to heal him. We don't explicitly see Shuri heal him but as she has found out how to and later we see him up and about before the Infinity War events proper it makes sense that she does. 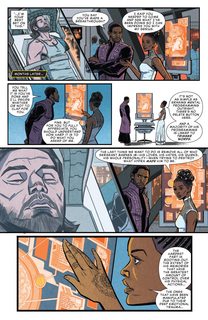 T'Challa: You say you've made a breakthrough?

Shuri: I said you needed to come and see what I've been doing so I can impress you with my genius.

T'Challa: You tell me what it is you've done and I'll decide whether or not to clap for you.

Shuri: Fine. But for you to fully appreciate, you should understand how hard it is to do what you asked of me.

Shuri: It's not as simple as erasing mental programming outright. There's no delete button here. And a majority of his programming is linked to trigger words.

Shuri: The last thing we want to do is remove all of who Sergeant Barnes is -- his loves, his hates, his quirks, his whole personality -- when trying to destroy what Hydra made him to be.

Shuri: The hardest part is rooting out the extent of his memories that have the greatest amount of control over his physical actions... the ones that have been manipulated due to their deep emotional trauma... [of which there are many]. 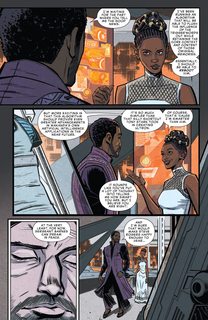 T'Challa: I'm waiting for the part where you tell me the good news.

Shuri: I've been running an algorithm that will be able to flush the influence of the trigger words out while retaining the core context and content of those original memories. Essentially I should be able to reboot him.

Shuri: But more exciting is that this algorithm should provide even greater advancements in Wakanda's own artificial intelligence applications in the near future. It's so much simpler that that silly shortcut Tony Stark took in creating Ultron. Of course that's 'cause I'm smarter than him.

T'Challa: It sounds like you've put a lot of thought into telling me how smart you are, but I believe you are right.

T'Challa: At the very least, for now, Sergeant Barnes can dream in peace.

T'Challa: And I'm sure that would make Steve Rogers happy enough to hear...

27
Does Bucky Barnes Have Superhuman Abilities?
33
When did Captain America learn what happened to Howard Stark?
8
Spoilers: Stark's Connection in Captain America: Civil War
15
On Pepper Potts and Tony Stark's relationship
2
What was Steve talking about when he asked Sharon whether Peggy knew?
5
Was this incident in Captain America: Civil War officially confirmed to be a consequence of Spider-Man’s Spidey sense?
25
Why did only Steve Rogers have a physical change after injecting the super soldier serum?