Does Batman whisper/change his voice in the comics?

In the Christopher Nolan movies we saw Batman whisper/rasp his way through them, presumably to conceal his voice to stop people recognizing him as Bruce Wayne. Having people recognize his voice is obviously not generally a problem in comics given it's all written, but have they ever addressed this in the comics? Does he change his voice in some manner, even though it isn't signified by a change in font or something?

Yes, Bruce Wayne does disguise his voice when he speaks as the Batman. I've never noticed a difference in lettering style to denote the difference in voices, but many writers have referred to the special "Batman voice" over the years. Batman Online looks at this in some depth in What does Batman sound like? Here are a few of the key points:

One of the earliest references to Bruce Wayne deliberately altering his voice was in ‘Laugh, Killer, Laugh!’ (Detective Comics #532, November 1983). Here the Joker was holding Vicki Vale captive. Fearing that Vicki would recognise his voice, Batman altered his tone to make himself sound “cold, grating, and hard”. 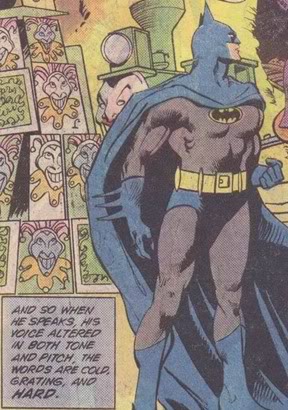 Frank Miller’s All-Star Batman and Robin the Boy Wonder features numerous references to Batman’s voice. Dick Grayson describes his voice as “cold” and likens it to a “lameass Clint Eastwood impersonation”. Dick also makes it clear that Batman’s voice is an affectation and not his real voice. 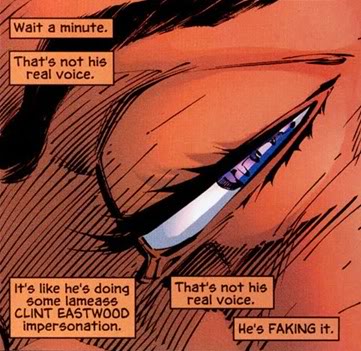 Others who’ve worn the cowl have struggled to imitate Batman’s distinctive voice. 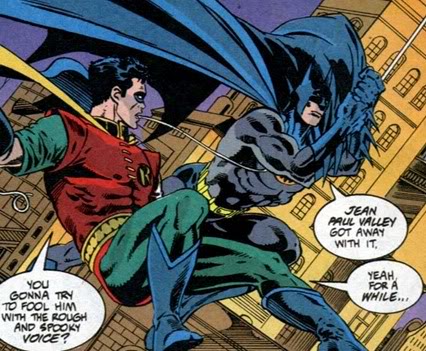 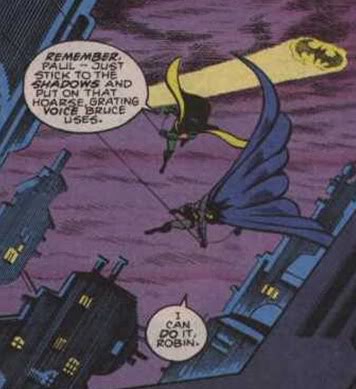 The last panel is from Batman #498, Knightfall 15, published in 1993. That's the storyline where Batman is defeated by Bane and briefly replaced by Jean Paul Valley (Azrael). Since the Knightfall storyline was at least part of the inspiration for Christopher Nolan's The Dark Knight Rises, it's at least plausible that he picked up the point about the "Batman voice" from comics he had read prior to filming.

I know this isn't what you asked for, but my mind immediately sprang to the Batman cartons I grew up with, here's an excerpt from wikipedia on Kevin Conroy, who has been voicing every DCAU Batman since 1992, pre-dating the Knightfall issue Bill the Lizard mentions.

His tenure in the role also includes the DCAU films Batman: Mask of the Phantasm (1993), Batman & Mr. Freeze: SubZero (1998), Batman Beyond: Return of the Joker (2000), and Batman: Mystery of the Batwoman (2003). He also voiced Batman for the character's guest appearances in the DCAU's Superman: The Animated Series, Static Shock, and The Zeta Project.

The list goes on (literally), he's been in the business of voicing Batman since I was 3. So what is his take on the dual voice of Bruce and Batman? Quoting Wikipedia again:

Conroy is well remembered by fans for being the first person in animation to use two distinct voices to portray Bruce Wayne and Batman, which was Conroy's idea.

Although accepted answer states it correctly, I want to provide different instances where batman's voice was recognized in comics:

At first the voice was referenced but not described. Since it was referenced in specific manners ("Then a voice...Batman's voice!") it most likely meant it's something distinctive 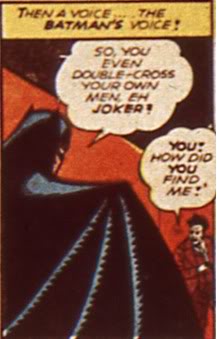 The voice wasn't really described or specified until the Silver Age. 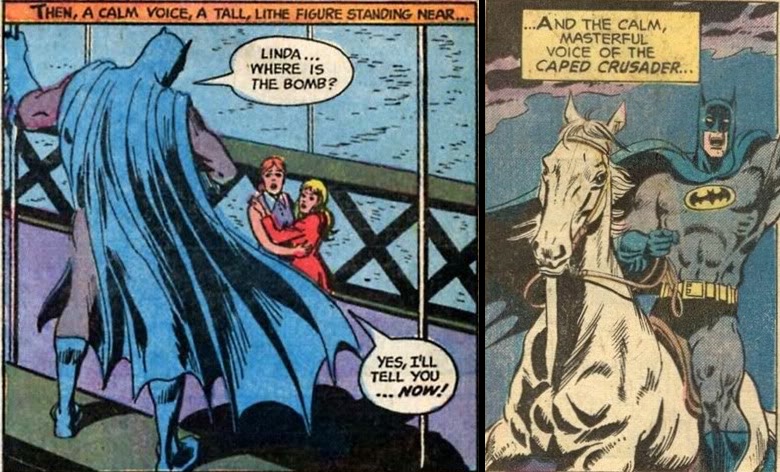 When usually described as calm, Batman's voice in the comics was often referred to as 'cold' in the 80's starting with 1980's Untold Legends of Batman. He was also described as softly muttering, or in other words - whispering 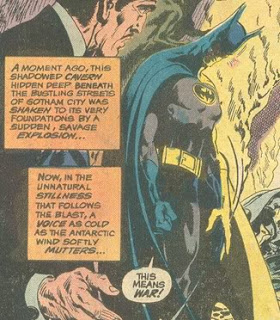 More examples. Panels below from 1985's Detective Comics #550 and 1989's Secret Origins Special #1 where it's also described specifically as whisper 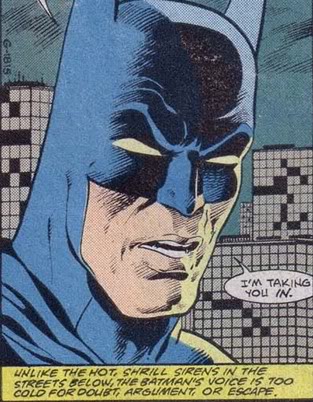 The cold whisper is the voice used in Tim Burton's Batman movies by Michael Keaton, which of course reflected the 80's portrayal of the Bat-voice. The movie also marked the first time in any sort of mass media where Batman had a different voice than Bruce Wayne

In Joel Schumacher movies neither of the actors changed their voices when in costumes, however note that in the 1950's portrayal that the Schumacher's movies were harking back to Batman wasn't changing his voice yet

In 1990's the Batman voice changed. It was now more rough and growling. Here we have an example of the bat-voice being likened to frosted razors 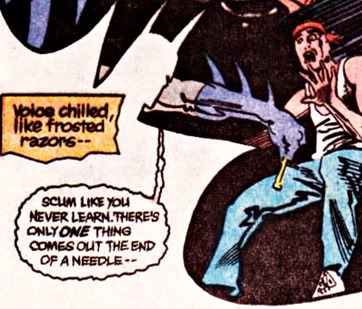 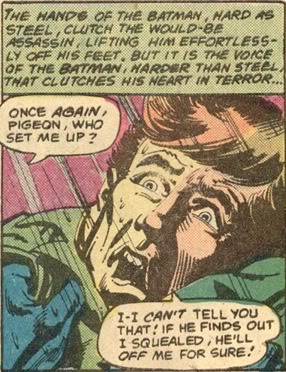 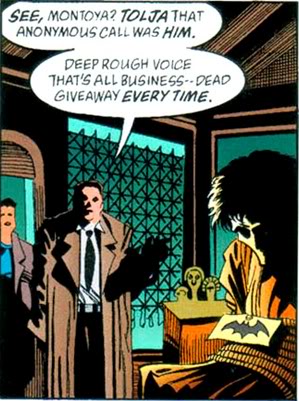 The more recent issues likened his voice to Clint Eastwood's 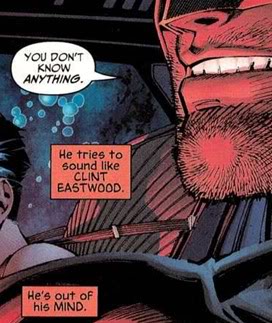 This is the voice used by Christian Bale in Christopher Nolan's Batman movies, reflecting the most modern and recent depiction of Batman's voice After the movies the bat-voice was specifically referred to as 'growl' in some issues

Not the answer you're looking for? Browse other questions tagged comics dc batman or ask your own question.

27
What did Batman whisper?
16
In comics does Batman have a rule against killing?
10
What does Wayne Enterprises produce in the Batman comics?
8
Why did Batman change his mind in the finale of Endgame?
11
What political beliefs have writers given to Batman?
10
Was this scene of discovery of the Batcave from the comics?
13
Is Alfred the moral conscience of Bruce Wayne/Batman?
6
Where is Damian Wayne in the Batman Beyond timeline?
7
In the comics, how long has Batman gone without sleeping?