Why does Darth Tyranus have a quillon on his lightsaber?

Why does Darth Tyranus have a quillon-like spike sticking out of one side of his lightsaber?

See that metal spike sticking out next to the business end of the lightsaber? The quillons on a metal sword protect the hand holding the hilt, but that only makes sense in a duel of two metal blades. With this, an opponent's lightsaber might slice that thing off. Also, quillons stick out at right angles to the blade, but this spike is nearly parallel to the blade.

It if can serve no protective purpose, then what is that for? 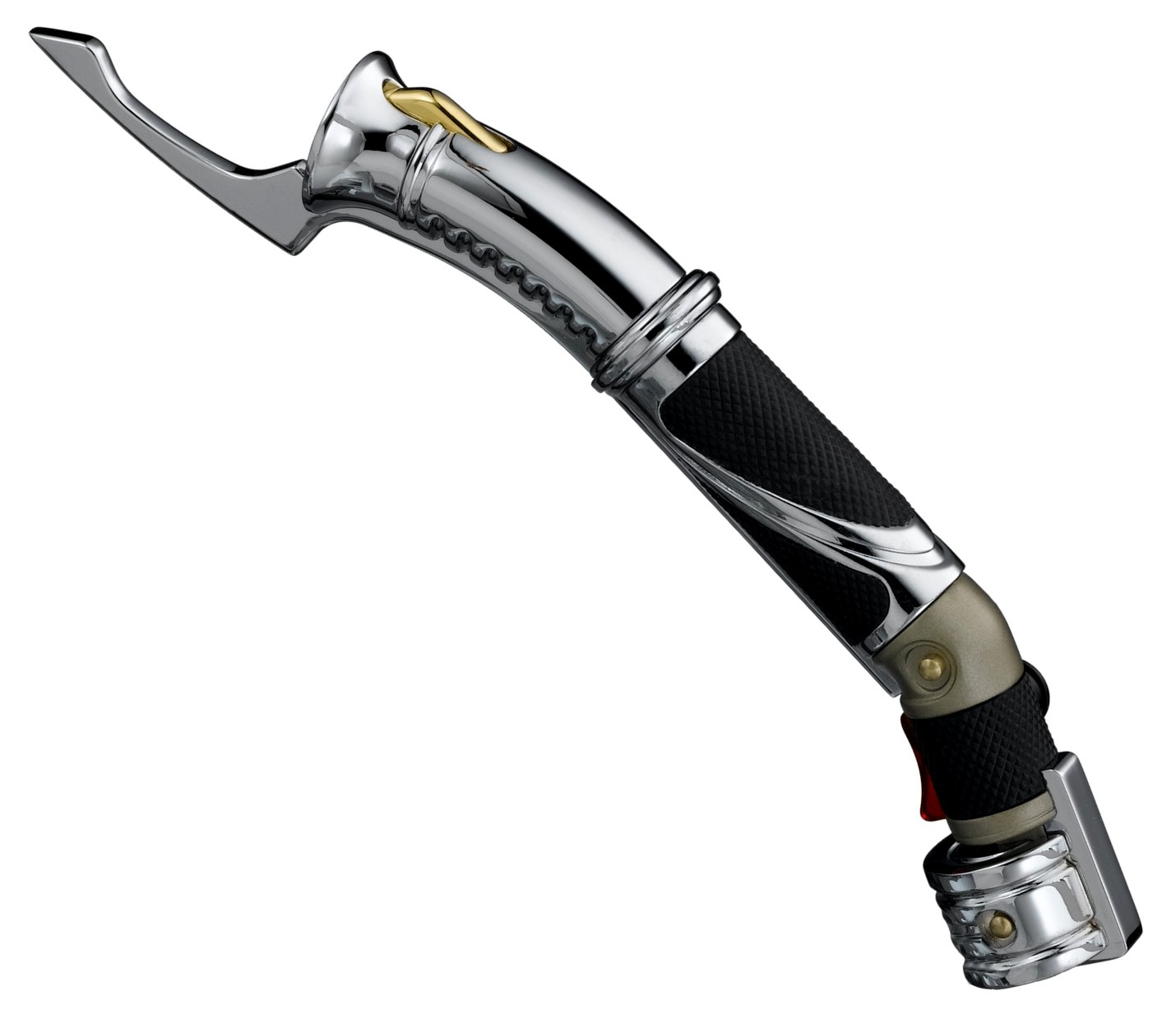 ... which presumably prevents (or rather 'guards against') attacks that would damage the lightsaber's Blade Emitter. 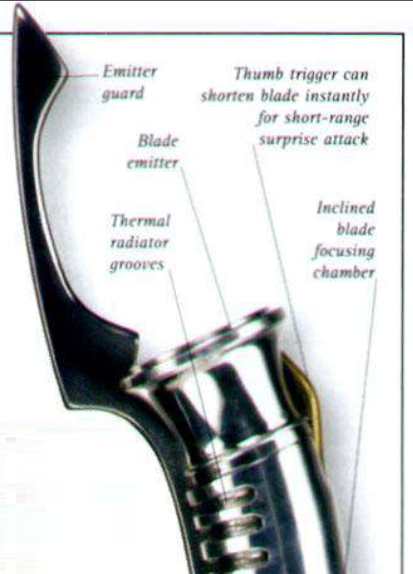 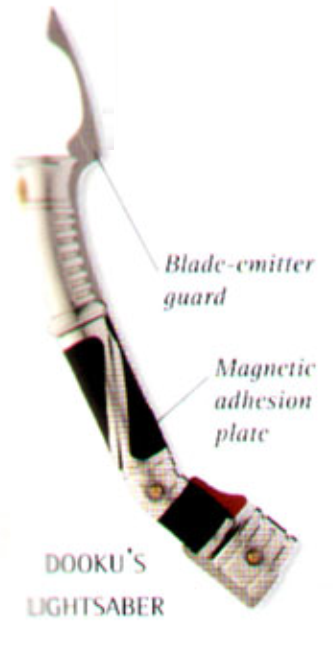 hat tip to TheLethalCarrot for pointing me in the right direction

Seems to me the main function of that shape guard is not so much to keep the opponent's blade off Tyrannus's fingers, but to help keep his fingers off his own blade.

His light saber is very different from most, in grip shape and size, and the curve forward of the main grip means the reaction forces on the blade aren't exactly perpendicular to the grip -- in certain kinds of parries (parrying an attack, or his attack being parried) this might cause the hand to slip on the grip. Regripping is quick and becomes automatic -- unless one is suddenly missing some fingers.

The guard serves a couple of purposes, and there are both in-universe and out-of-universe reasons for it to be present. In fact, these reasons are actually somewhat intertwined.

Out of universe, we have the fact that Count Dooku's style of fighting is influenced by real-world fencing, because the character was played by Christopher Lee, who was a fencer himself. The curved and guarded lightsaber hilt was designed to be suggestive of this style. In the original trilogy, Obi-Wan Kenobi, Darth Vader, and Luke Skywalker had used a quite different fighting style. Although their weapons were called "lightsabers," they all weilded their weapons more like two-handed broadswords. Playing to Lee's skill, Dooku was given a fighting style more like sport fencing, and his lightsaber hilt was curved, just like the hilts of many fencing weapons or battle sabers. The inclusion of the guard was another gesture in this direction. Compare it to a typical design for a curved battle saber. 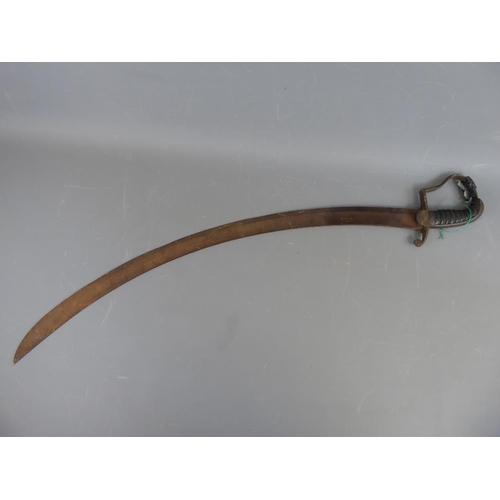 It was common for sharp-bladed sabers like this to have both curving handles and partial guards to prevent the wielder's fingers from slipping up onto the blade. So beside the visual similarity that is thematic from a storytelling perspective, the blade guard on the lightsaber plays the same role in universe as a real-world saber guard, keeping Count Dooku's fingers safe.

Moreover, since lightsabers are made by their wielders, we also get a picture of Dooku's character at bit from his weapon. He deems himself a master of blade skill, and gave himself a curve-hilted fencing weapon.

In the Attack of the Clones book-Obi-Wan has an extended conversation with the librarian about Count Dooku's fighting style. She referred to him as a "fencer", using 1 hand to fight, but only bested by Yoda. When I saw the movie, I always figured that was a weight to counterbalance any strike-which would make his swings faster and come off a blocked strike more quickly.

If you wanna know what it feels like, pick up a golf putter and hold it about 1 hand's distance apart from the base with 1 hand, slash overhead with it, then let it spin and use your hand as a fulcrum to bring it back to position.(Same as Dooku in the movie in the series right before Dooku says "Master Kenobi you disappoint me, Yoda holds you in such high esteem")

Think about how he fought obi-wan and how he beat him. Blocked clash-slides saber down Obi's, hits his arm - finishes with the swipe across the leg. Tries the same thing on yoda-but yoda is able to dodge because of his balance/height.

There are materials in the GFFA that are resistant to lightsabers and other energy weapons - cortosis in particular.

This spike looks like it could be there to prevent an opponents blade sliding down Dooku's blade and into his hand on the hilt.

52
Why don't lightsabers have guards?
4
Will all Sith deform or decay in the end?

13
What goes into the design of lightsaber hilts?
57
Lightsaber blade “weight” in-universe
23
Why Didn't Darth Maul Slice Obi-Wan When he Jumped over Him?
17
How is Kylo Ren's lightsaber able to have a cross at the hilt?
15
Why does Mace Windu swing back to kill Palpatine?
8
Are actual lightsaber crossguards effective?
47
How is it possible to do round swings with a lightsaber?
7
What happened to Darth Tyranus' Lightsaber?
6
Could a lightsaber be used as a cane?
7
Why do the Jedi still teach forms for lightsaber combat?