I saw this in Hungarian sometime in the early 90s (not in a cinema, so it's probably made in the 80s). So this could be a B-movie, a direct to VHS TV show, or who knows what.

It's not City of Ember.

I've already answered a similar question someplace else, so I might as well put it up here too.

This matches all the plot elements of Fuga dal paradiso (AKA Flight\Escape from Paradise), an obscure Italian sci-fi film from 1990. From an IMDb review:

[A ]film that takes place sometime in the future after an ecological disaster has occurred. [...] The tale concerns two young people, Teo and Beatrice, whom live apart in an underground vault. Their separation is not by choice however, since this vault is governed by a computer named Harry - it decides which males and females are compatible to be paired together. Of course, Teo & Beatrice are very much in love and wish to be together, but doubt whether Harry will give them its blessing. The two can see each other on view screens, and neither having seen the outside world, only experience a limited controlled version of it through holographic simulations, in one scene it appears Teo is running on a tread-mill while Beatrice is running along a field on-screen [...] Together with the help of a robot (think Buck Rogers '81 season two) Teo and Beatrice find a way out of their designated sectors to the ruined world above.

Also tunnels are involved, IIRC they can breathe the air after all, etc. Here are the two progtagonists: 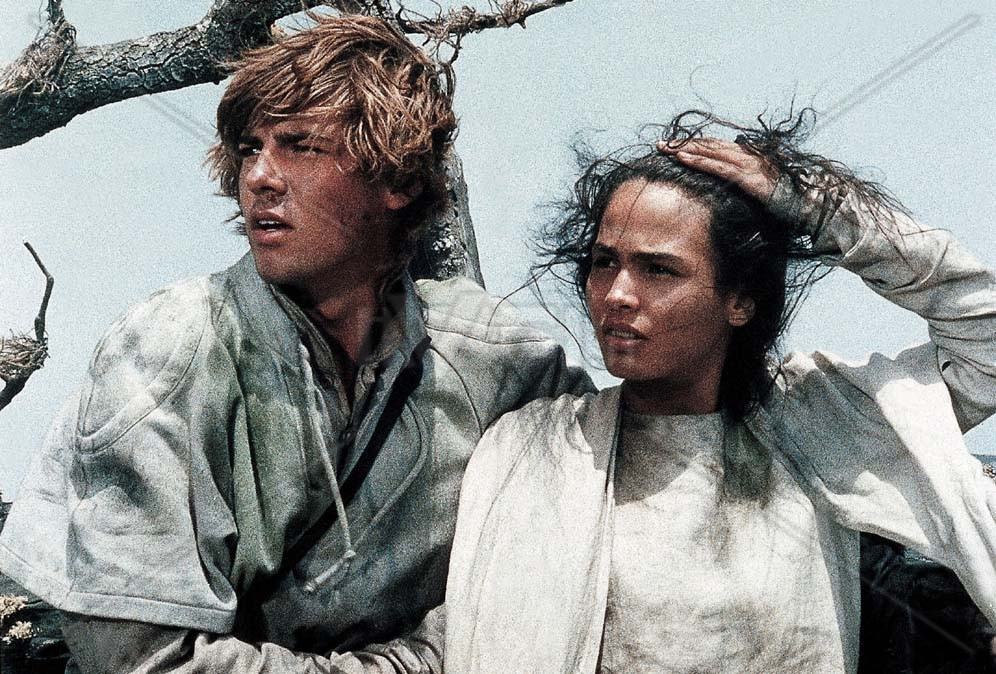