In the mid to late 80's I read a longish short story or short novella (it may have had several chapters) that I like to find again.
I read it in an anthology in Dutch but I'm about 99% certain is was a translation of an English original. I clearly remember that there was also a Keith Laumer Bolo story and (possibly) a Jack Vance Cugel story in that same anthology. (Which isn't saying much. Dutch publishing houses liked to buy English anthologies in bulk, throw everything in a big pile and combine them in different selections into their own compilations.)

What I remember of the plot (it isn't much...):
There is a barren planet that has very nice properties. Gravity, day-length, atmosphere are all very close to ideal for humans.
Two rivaling companies send a terraforming crew to the planet. (The most successful company would be granted ownership of the planet or something like that.)
Over a number of years they both bio-engineer plants, insects, etc. And get in each others way in various methods. I don't remember much about how they went about it. Eventual one crew comes out on top. Story is mainly told from the perspective of the leader of the winning crew.

Interesting bits that stuck in my mind and may help to identify this:

This is Jack Vance's novelette "The World Between" (1953), also known as "Ecological Onslaught".

It has the two competing terraforming crews, from planets called Blue Star and Kay and the interaction of the competing processes results in a wild, but viable world very different (but more interesting) from any of the sterile designs originally intended by the two crews.

At the end, the protagonist stumbles on an ancient sign that establishes that the planet in question is in fact Earth. I found this ending tagged-on and unnecessary to the main message of the story.

The story is collected in the Ace Double Monsters in Orbit / The World Between and other Stories and in the collection Golden Girl and Other Stories. 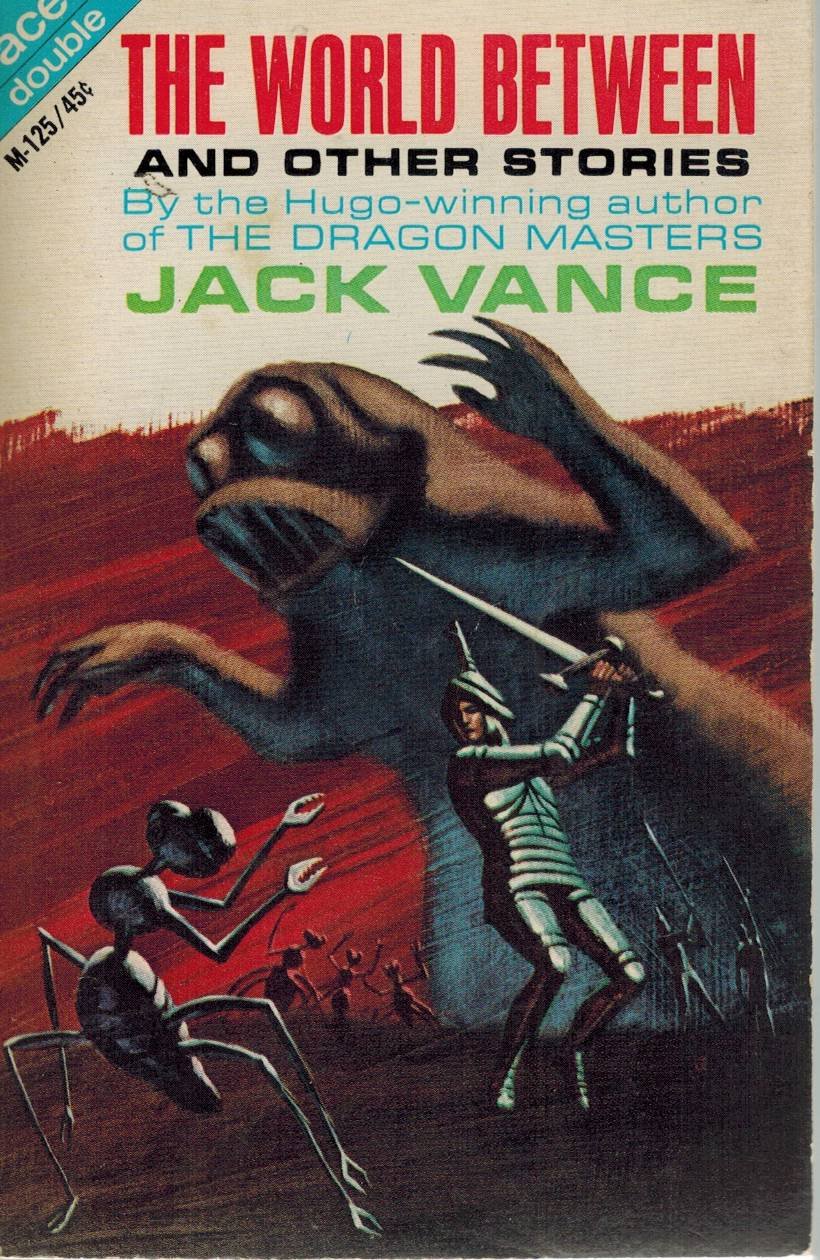 Not the answer you're looking for? Browse other questions tagged story-identification short-stories terraforming or ask your own question.

14
Story about human space explorers who run into alien telepath space crew
11
Short story - engineered human terraforming civilized planet
13
Sci-Fi short story possibly from a "Best of" anthology from the 1950s-60s about a space voyage with a secret engine activated via sex
17
Story about an AI dreadnought trying to avenge the destruction of Earth
13
Everyone wakes up without memory and dismantles monuments to the past
31
Prisoner on alien planet escapes by making up a story about ghost companions and wins the war
20
Short story about someone stuck in stasis but conscious, being kept sane by replaying memories
19
Short story about two heavily bio-tech modified humans getting "married"