Science fiction movie about a guy with superpowers and two pistols

Not sure if the guy is black or white, but it’s science fiction and the guy has some sort of super powers. He uses 2 pistols to kill enemies. The pistols are his super powers.

He will be in the woods somehow, and will befriend a little boy. The citizens of the island dont like him and want him dead.

Description is really vague... But if we convert "pistols" into "revolvers", then plot matches very well with *The Dark Tower". 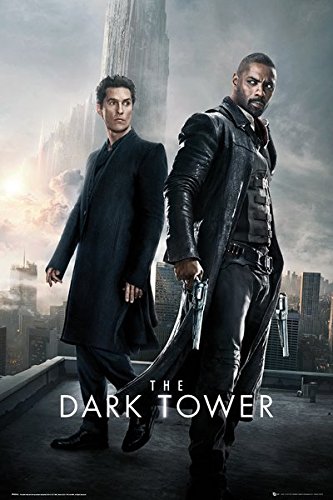 23
Science Fiction short story I read… need to find. Current-day guy is in the future (cryogenics??)
4
Book trilogy about magic monks/wizards and an evil empire/kingdom
5
What 70/80's movie ended with a boy & a girl in a flying motor home?
10
Looking for a book from an old series about kids with magic sneakers that give them superpowers
16
Chinese-language movie about an alien boy with the ability to grant wishes
7
Trying to identify a high fantasy movie on the SyFy channel, two women accidentally bewitch men?
2
Kindle superhero series including an army guy in powered armor, a self-aware robot, and a teleporting thief
4
Manga where a guy goes into a game he's playing. He's nicknamed "lucky boy" by white mages
4
Science fiction novel (first of a series?) about brain implants and social change
5
Trying to find the name of this anime about powers, school, rank and bullies