Why do Martians have to wear space helmets?

In Mars Attacks!, it's established that Martians must wear those space helmets because, unlike us oxygen-breathing Earthlings, Martians must breathe nitrogen.

Is this a deliberate joke by the writers or just research failure? Because, of course, Earth's atmosphere is mainly nitrogen!

Mars Attacks! the film was based on Mars Attacks, a set of trading cards (aka bubblegum cards) published by Topps in 1962.

The martians in the film are depicted with helmets because that's how they're depicted on the trading cards. Any other explanation is going to be an after-the-fact rationalization.

You can see images of the entire set of cards here. There's a paragraph on the back of each one explaining what each one was. None of the text directly addresses why the martians wear helmets on earth.

Cards 48 and later depict Martians on Mars living in domed cities, which could indicate that the Martian atmosphere is no longer ideal for their needs. But Martians are also shown outside the cities without helmets, so they can apparently operate in the martian atmosphere to some extent. 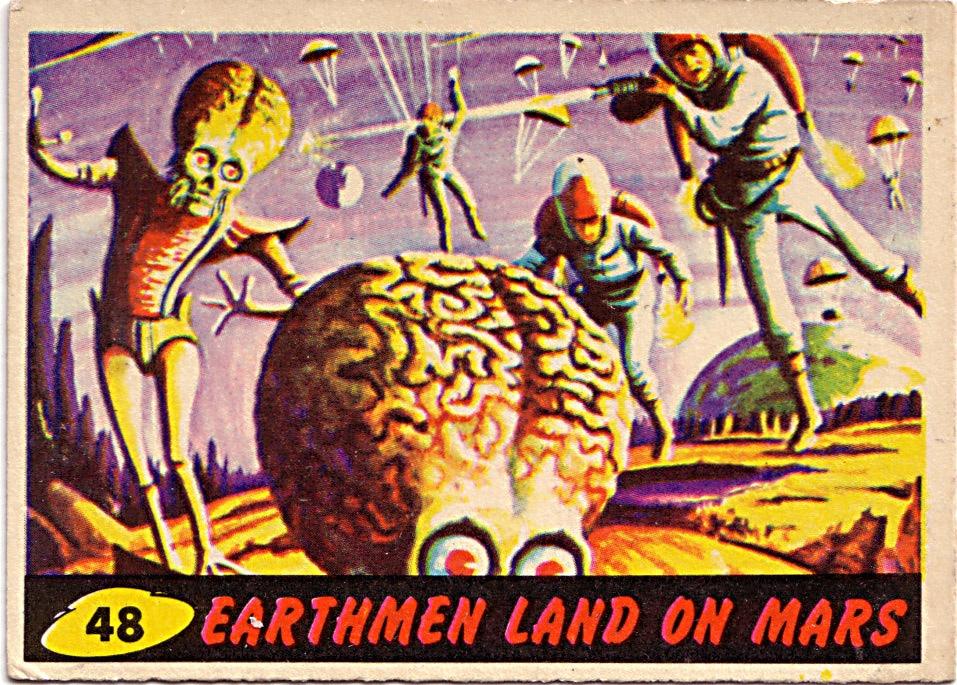 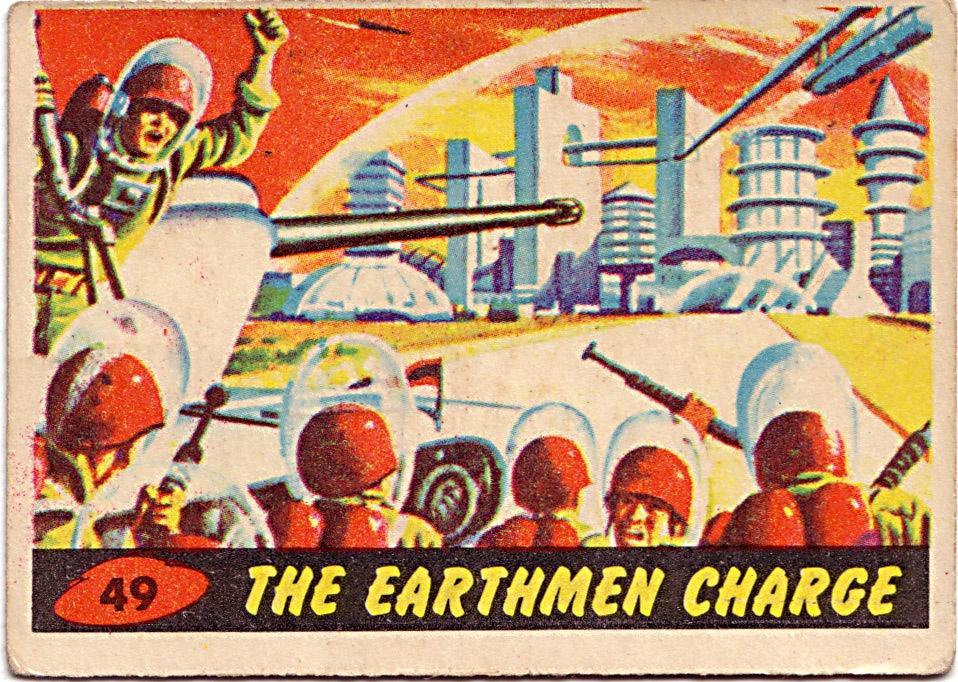 Humans are shown as needing breathing gear on Mars (with flak helmets on the inside, naturally), except for card 52 which is inside a Martian city. 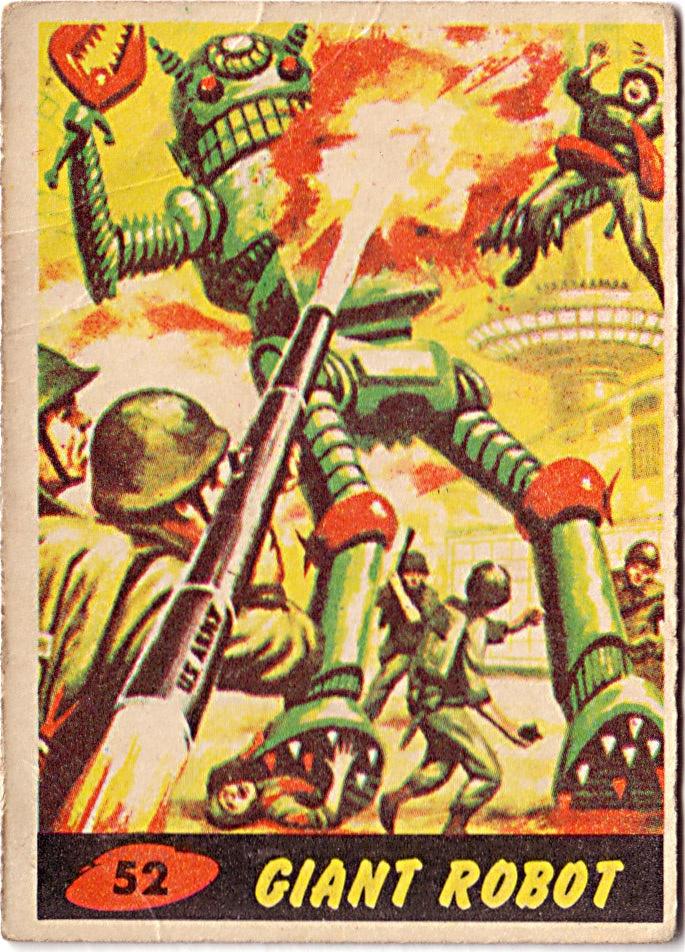 We have confirmation from the film's official novelisation that these helmets are linked to a "life support backpack". It stands to reason that Earth's atmosphere, while containing nitrogen, isn't directly supportive of their form of life.

A dozen of Mars's finest marched in rows on either side of their awesome Ambassador. These green creatures' long legs and arms were ringed with jointed metal tubing. Their chests were crisscrossed with flexible hoses that joined domed helmets to life-support backpacks. The Martians carried toylike contraptions of tubes and spheres.

Based on the fact that the Martian infiltrator was able to survive by chewing a gum that was comprised of compressed nitrogen gas would suggest that the goal of the helmets is to provide an exclusively nitrogen (100%-ish) gas breathing environment and to exclude gases in Earth's atmosphere that would be poisonous to a Martian.

Not the answer you're looking for? Browse other questions tagged mars-attacks or ask your own question.