I remember reading a book but at the time couldn't find the next in the series and never got back to it. The book is at least 15 years old and there is a minimum of 3 books in the series. It had two separate plots, one about dragon shifters. These shifters were born to humans and then learned they could shift to dragons later in life. They lived apart from the main society and were paired off (every dragon born had a mate). The other plot line was about the royal family, specifically the king's main concubine who was cheating on the king with his bastard brother. I feel like they may have been called the pheonix king line but I'm not sure. There was a prophecy concerning her child. Any help would be greatly appreciated!

That is The Last Dragonlord by Joanne Bertin. Published in 1998 with the sequel in 1999, the trilogy wasn't completed until 2012. Like you, though, I feel it was clearly stated to be 3 books. 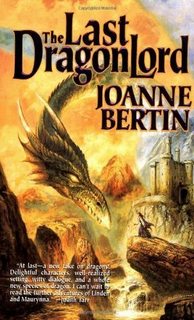 Dragonlord Linden Rathan, last-born of a race of immortal weredragons, has spent six hundred years alone, searching for his soultwin while his fellow Dragonlords watch over humanity's Five Kingdoms.

When the Queen of Cassori dies mysteriously, Linden and the other Dragonlords are called upon to prevent civil war as two human claimants vie for the regency.

As the battle for Cassori rule escalates, Linden becomes the target of the Fellowship, a secret society of true-humans who could actually destroy his immortal life.

Then he meets a beautiful young ship captain named Maurynna who may be the only one who can help Linden bring Cassori back from the brink of chaos.

I don't recall a royal line called phoenixes, but it's all pretty vague. However, the second book IS titlted Dragon and Phoenix.

This Goodreads review has additional details in its summary (edited for content):

The Last Dragonlord follows a lot of characters and is told from multiple point of views, but we can say that the focus is on Linden Rathan. Linden is a Dragonlord, he can shift from human to dragon form (and vice versa of course). In fact, Linden is the last Dragonlord - after his Change no more potential Dragonlords were born. It's a bummer for multiple reasons:

The plot of the novel revolves around court intrigues in Kindgom of Cassori where a regent needs to be chosen to rule until young prince grows up. Since Dragonlords are "ancient Givers of Law" Linden and two of his friends come to judge who has the most rights to assume this role. Although almost everyone in this novel is plotting something, there is little tension and The Last Dragonlord, although not exactly a boring read, is also not a page-turner. I think the problem is that Joanne Bertin covered all view-points so we always know what all sides are plotting.

The romance in the book is believe it or not a love triangle. We will have Sherrine, beautiful noble lady, and Maurynna, trade-ship captain, fighting for Linden's attention. But don't expect much tension here, because Linden tell us immediately who he is going to pick, so the whole love-triangle business is more in the head of the rejected woman than it's really happening.

Not the answer you're looking for? Browse other questions tagged story-identification novel dragons or ask your own question.

3
Old fantasy book about two warring nations and an airship destroyed by a dragon
13
Space Dragon Book?
12
Fantasy trilogy with dragons
4
90s sci-fi/fantasy book series with a girl who can control fire, main enemy is her husband's uncle
9
Story ID - The Dragon in the Well
4
Story about a dragon chef