The main character was an adult female with pink hair. The anime was gory.

I think I remember too the girl was in this asylum place, and then she basically got out and like ran into these people, a guy and a girl, they both had brown hair and seemed to be dating? Anyway they basically took care of her.

And on other note I remember a girl (child) with black? hair, basically running away from someone. And she seemed to have powers of some sort.

I watched that a couple years ago, and it does have similarities, a pink-haired young woman escaping a facility, being taken in by a pair of cousins. She's got powers and doesn't mind turning people into chunks of goo.

Lucy is a special breed of human referred to as "Diclonius," born with a short pair of horns and invisible telekinetic hands that lands her as a victim of inhumane scientific experimentation by the government. However, once circumstances present her an opportunity to escape, Lucy, corrupted by the confinement and torture, unleashes a torrent of bloodshed as she escapes her captors.

During her breakout, she receives a crippling head injury that leaves her with a split personality: someone with the mentality of a harmless child possessing limited speech capacity. In this state of instability, she stumbles upon two college students, Kouta and his cousin Yuka, who unknowingly take an injured fugitive into their care, unaware of her murderous tendencies. This act of kindness will change their lives, as they soon find themselves dragged into the shadowy world of government secrecy and conspiracy.

This sounds like Elfen Lied. The pink haired girl escapes from a holding facility and brutally slaughters all guards standing in her way with her powers. Their deaths are very gory indeed. During her escape she is shot and falls into the sea. She is later found on a beach by a boy and a girl that takes care of her. 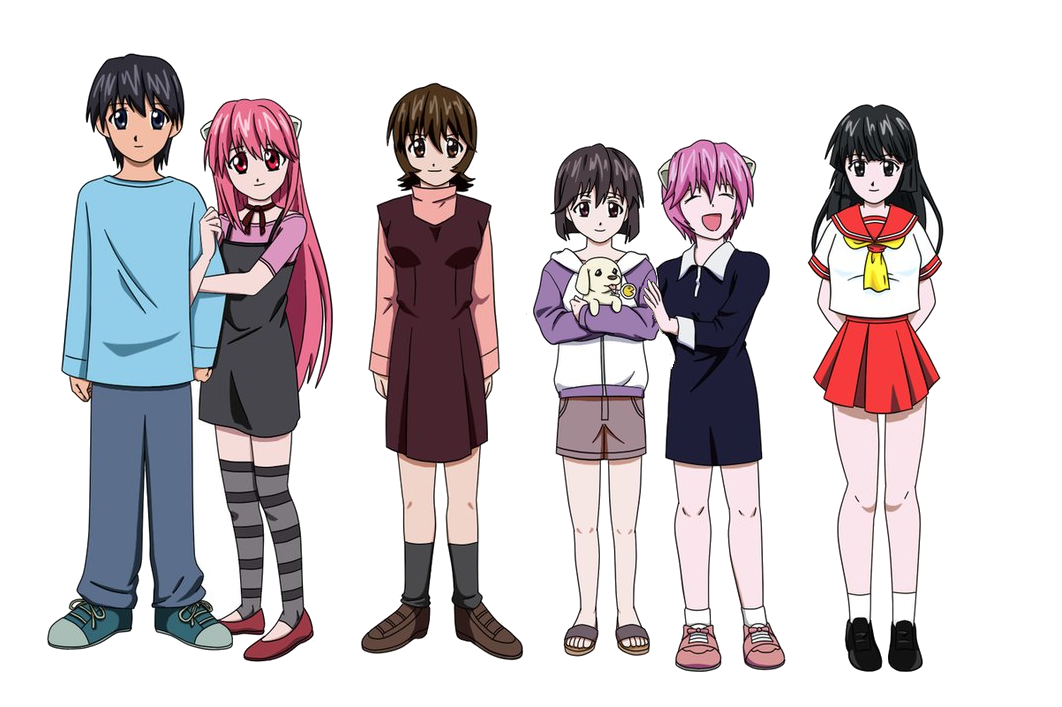 The girl with the pink hair is the main character, Lucy, who has telekinetic powers and escapes a research facility. She is injured during the process, and develops an alternate personality. She is found and helped by a pair of cousins.

6
Anime girl dies while dude tries saving her
6
Anime about a girl that is saved from a strange life form in a forest by a man
8
Anime short about two girls shooting each other with guns from their mouths
4
Anime in which 4 school children go into a game and rescue the world; they meet a pink-haired girl inside the game who helps them
3
Anime about kids with powers saving the environment
3
Toonami anime about a boy with a sword and a girl with weird Uzis
3
Female anime character with powers and an amulet on her chest
1
Anime with a girl in a kimono and a cloaked guy with a gunhand
2
Japanese anime/animated movie where the girl is the key to a world of destruction?
3
Sci fi card game adapted to anime with neon green cat girl