When did this character prepare the stuff in Spider-Man: Far From Home?

I saw Spider-Man: Far From Home yesterday, and something bothers me.

In the beginning of the movie, Spider-Man received

The EDITH glasses from Tony Stark (EDITH for Even Dead I'm The Hero if I understood correctly) with a bunch of killer drones. Given by Nick Fury.

When have this stuff been made ? During the event of Avengers: Endgame ? Before Avengers: Infinity War ?

I'm a little confused, but my best guess is that

Tony Stark prepared EDITH after he figured out about the time travel hoping it will save Spidey.

But in this case, he couldn't have give it to Nick Fury who was snapped too.

The glasses themselves were already integrated with AI prior to Avengers: Infinity War as we see Tony wear them at the beginning of the film. However, at this point in time it is F.R.I.D.A.Y. that Tony has integrated into them. Assuming E.D.I.T.H. isn’t just F.R.I.D.A.Y. renamed. 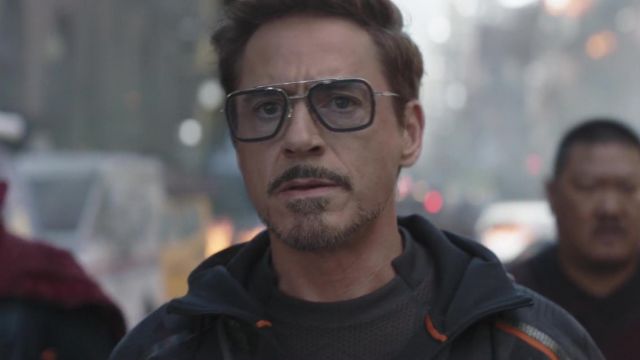 Tony would then have prepared everything for Peter either during the five year gap or sometime during the events of the film, no information is given as to when. Like you I’d speculate it probably happened after figuring out about time travel and before starting the Time Heist. This seems even more likely as he recorded a "death message" before going on the Time Heist which we see played in Avengers: Endgame, if he was ever going to set things up for when he was gone for Peter that seems like the perfect opportunity.

Tony Stark (hologram): So I thought I'd probably better record a little greeting... In the case of an untimely death on my part. Not that, death in any time isn't untimely. This time travel thing that we're gonna try and pull off tomorrow, it's... it's got me scratching my head about the survivability of it all. But then again, that's the hero gig. Part of the journey is the end. [Tony suddenly gets up walking towards his camera] Uh, what am I even trippin' for? Everything's gonna work out exactly the way it's supposed to. [He leans down and smiles. He is looking straight at Morgan] I love you 3,000.

Tony also never had to give the glasses to Fury or anyone for that matter, all he needed to do was leave instructions for what to do with them when/if he died. There’s also nothing stopping the will/instructions also stating give to Peter if he comes back else give to Morgan.

As for the drone network that was mentioned to be a security network designed by Stark. Presumably that has been active for a while but we just haven’t seen it because it hasn’t really been needed.

What if Tony didn't mean to give E.D.I.T.H to Peter? What if it was Fury who modified the AI to work for Peter? If it were Tony who meant to pass it on to Peter, he would've made a Training Wheels Protocol. Since Fury isn't on Earth anymore and he wanted someone to take care of it, he must've given it to him with that message (For the next Iron Man) to motivate Peter.

To prove my point, even Talos told Fury that he gave it to Peter like he said. Moreover, I doubt Tony had the time to sit down and modify it for Peter when he didn't know if Peter would come back or that he's going to die.

13
Is there a reason why, Tony didn't think of using this in “Avengers: Endgame”?