Is this Bane pose inspired by comics?

In The Dark Knight Rises, I've noticed that Tom Hardy/Bane frequently walks and stands while grabbing his coat/shirt. Here are some examples: 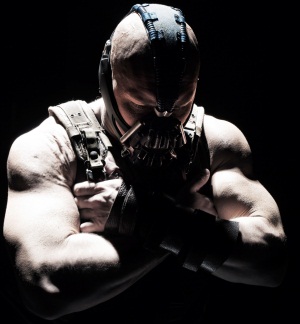 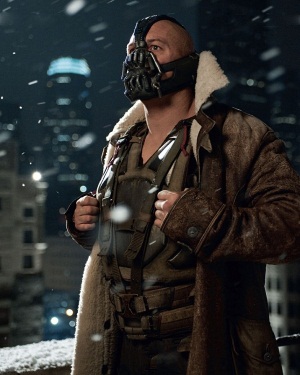 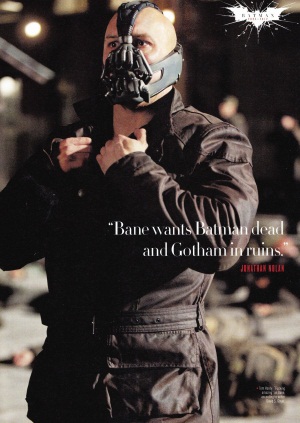 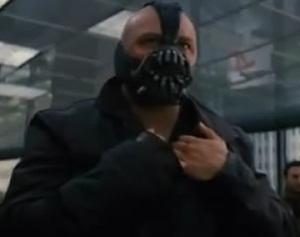 Is this stance/pose inspired by specific comics? Or is this purely part of the movie?

It is unlikely that this posture was one inspired by comics since in the comics, Bane is rarely shown wearing a shirt or jacket at all.

This image may explain it best: Bane considers himself a conqueror and liberator (albeit only for as long as Gotham lasts) and uses such poses as a form of psychological domination or intimidation. You can almost hear them saying "All Hail the Conquering Hero." 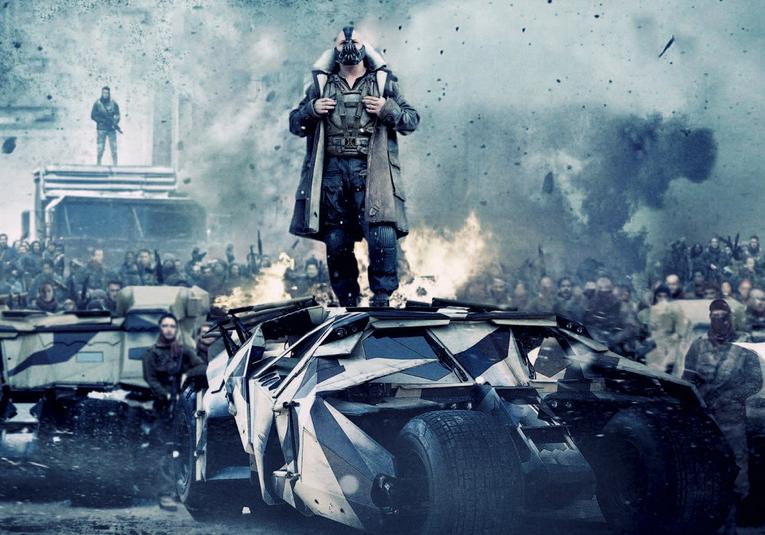 As the accepted answer states, he doesn't have anything to grab in the comics, but the choice to have his fingers under his chest plate could be a practical one from Tom Hardy actually having to wear a chest plate.

When you are wearing something heavy on your heaving chest for an extended period of time, it starts to constrict your chest movement and placing your fingers under, either at the sides or near the neck, it helps ease the pressure. Often American Football players adopt a similar stance for comfort on the sidelines from their chest guards, although it is less pronounced as the jerseys allow for little room for motion. 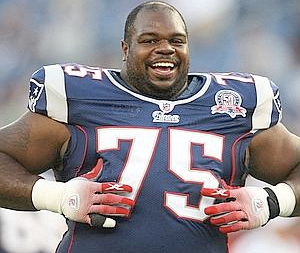 Thumbs under the side, very similar pose to the second picture. (Different facial expression though)

As well crossing your arms or other 'tough guy' stances are hard to take with the chest plate on (crossing your arms looks silly), and by sticking his fingers under the plate, it further puffs out his chest making him more intimidating.

When I was in the army and deployed to Iraq I'd have to wear my body armor for 10-12 hour stretches while out on patrol. With the weight of the plates alone and the extra ammo attached to my vest I would do the same thing to release pressure and let some heat escape.

Not the answer you're looking for? Browse other questions tagged dc nolan-batman-trilogy the-dark-knight-rises bane or ask your own question.