Around 1983 or '84, I had an odd action figure. From the waist down it was basically a guy in an orange spacesuit. From the waist up, the figure was double-sided. One side was again the dude in the orange jumpsuit. I think he had brown hair. He had a little button near his waist, and if you clicked it he would spin to the back. The backside also I think had brown hair, but now the guy was shirtless with blue skin and I think prominent veins. I guess this side looked somewhat like Mystique in the X-Men films. What was that? I don't think I had any of the other figures in the series, but I believe exactly one other figure had the odd-double sided mechanic. I don't remember ever watching a related show or cartoon.

That would be the Power Lords series of toys by Revell. There was a comic run, even a video game, but never any cartoon associated with them. The particular character you describe is the main one, Adam Power. 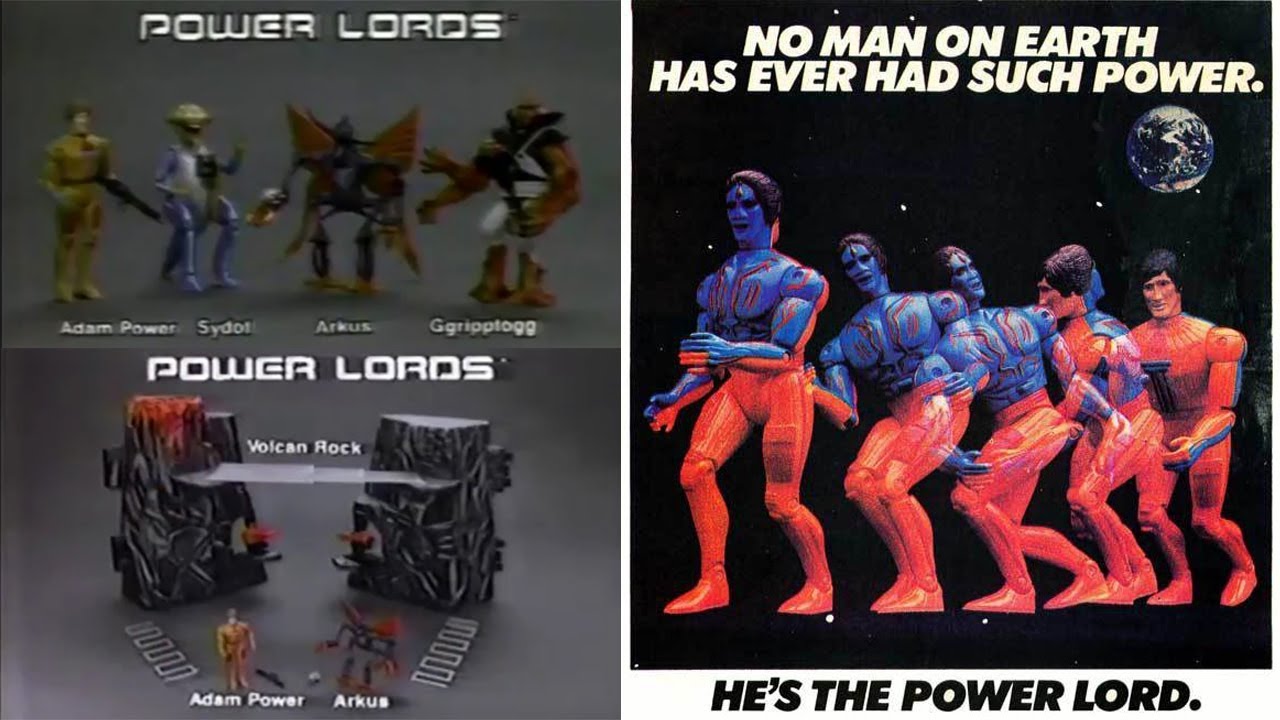 The main female character Shaya is somewhat disturbing, as her alternate form looks like something that escaped from a horror movie. 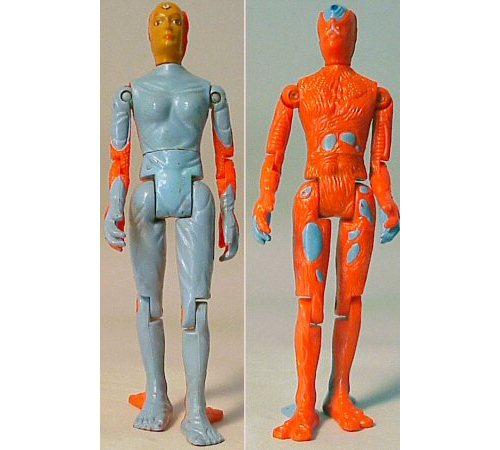 Not the answer you're looking for? Browse other questions tagged object-identification toys or ask your own question.

37
What is this Star Wars LEGO figure?
4
What are the exact memes that are being referenced in the new “SpongeBob SquarePants Masterpiece Memes” collection of action figures?
8
Kids' science fiction, 60s or early 70s, moon worms