Necron unit from “Hellforged” described as “a titanic metal-shod beetle”

I'm reading Hellforged by Ben Counter and there is a description of a Necron that I don't recognize, can anyone tell me what it is?

It was shaped like a titanic metal-shod beetle, pulling itself along on its belly with thousands of legs that writhed along its sides.

Its head was a huge maw, ringed with steel teeth, with power glowing in its throat. Scarabs crawled all over its surface, and behind its long segmented tail it left a deep furrow in the ground as it drove forwards, flanked by the march of the Undying.

The machine's enormous bulk pushed down one of the gatehouses, and tonnes of rubble were sucked into its maw. The useless matter was siphoned off and spewed from vents along its sides as clouds of choking dust.

Hmm, hard to match it - lots of Necron units look like beetle-like...

It could be a Crypt Stalker: 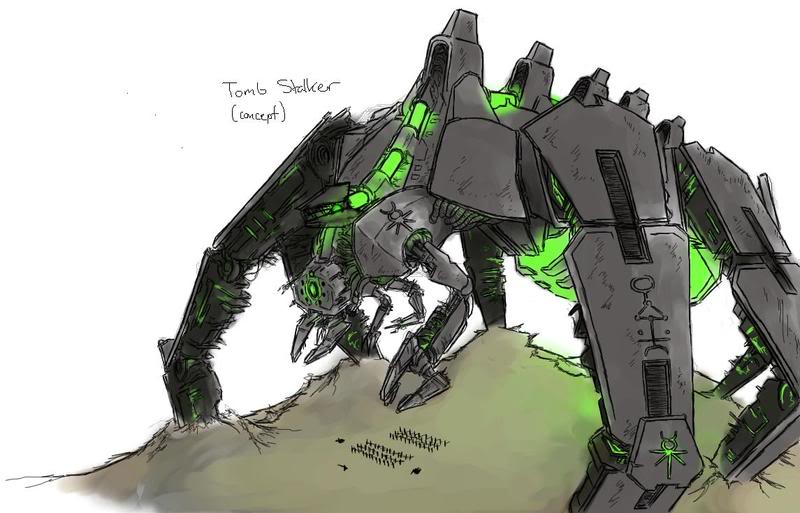 But apparently it has been encountered only once, so indeed it is a rare beast. Crypt Stalker is an upsized version of a regular Tomb/Canoptek Spyder 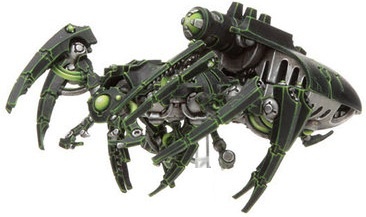 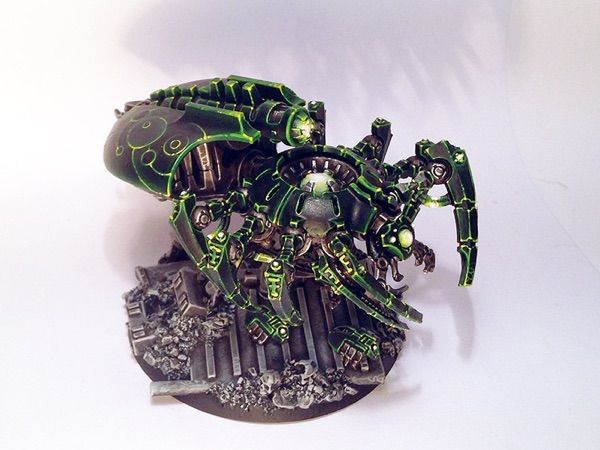 But the latter one, while quite common is not particularly big - about the size of a regular truck (note, the guy on the right is about 2.5-3 meters tall) 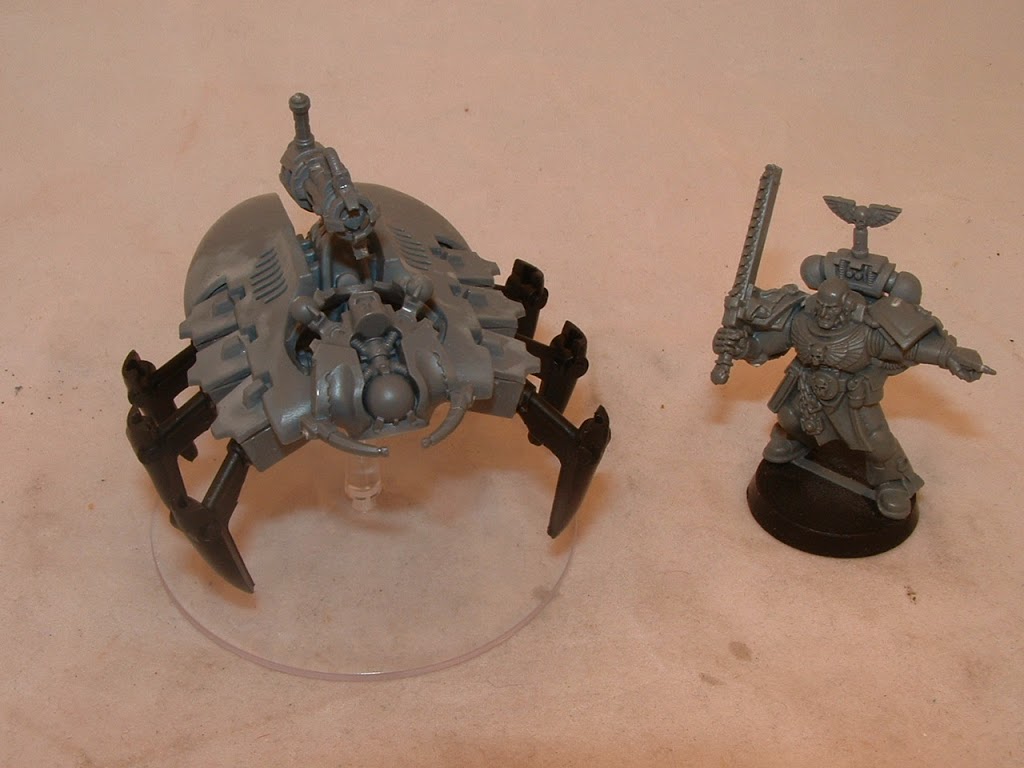 Another possibility is the World Harvester (aka as Abattoir), which has a lot of tentacle-like appendages used to pull everything that moves and kill it in the name of C'tan: 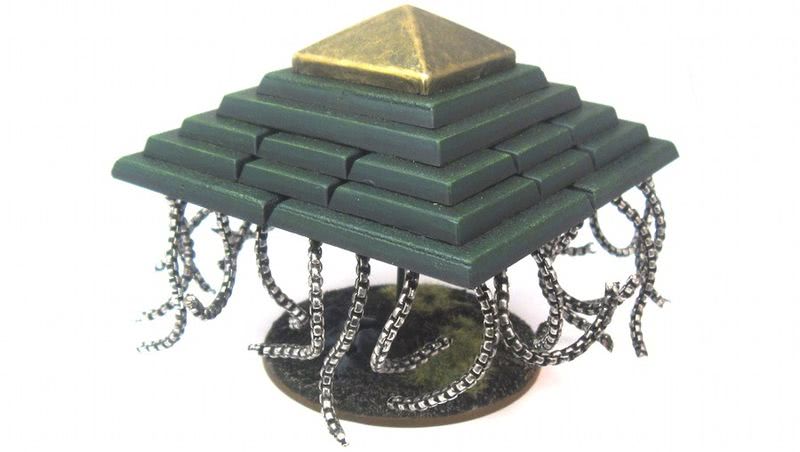 It is indeed described as a gigantic, floating building, but not as much as "beetle".