Which Stark armor is shown in this scene?

traps Spider-Man in an illusion one of which is presumably the reanimated corpse of Tony Stark in his armor trying to attack Peter.

Is it revealed which Stark armor was in this illusion? 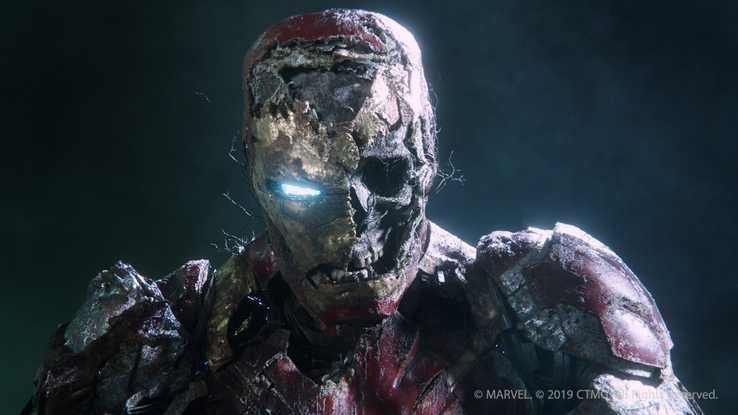 I would assume it is the Mark 85 armour which makes the most sense seeing as that is the one he died in. Comparing the full length shot and the armour there are similarities with the raised shoulders and arc reactor. However, with a low quality image and how degraded it is, it isn't easy to work out. 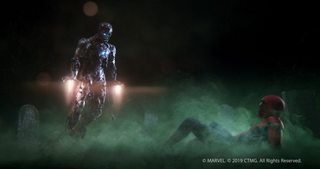 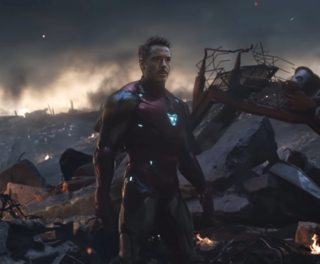 It's worth noting that Mysterio is trying to evoke Peter's emotional side here and it would make sense to use the armour that Tony died in to have the greatest impact. This is backed up by an interview with the director, Jon Watts.

(laughs) Awesome. Talk to me about the hologram sequence, the really trippy scene with zombie Iron Man. That’s a visual on a whole different level for these Spider-Man movies. What was that experience like, and how were you able to get your vision across to the visual effects team and everybody involved to make that come to life?

That sequence is one of the reasons why you pick Mysterio as your villain, so you can do a sequence like that. Creatively, it’s kind of daunting because you can do anything. Really, anything is possible. So what you have to do is, first of all, come up with an emotional entry point for what Mysterio’s trying to do, what he’s trying to accomplish, and how Peter feels about that. You start with that as a through line, and you let the visuals come out of that emotional storytelling. So that’s how we developed that, and it was fun. It’s a lot of concept art and you build small sets with different elements and combine that with motion capture and CG and it becomes one of those sequences where every part of the team gets involved.

/Film, ‘Spider-Man: Far From Home’ Spoilers: Director Jon Watts on the Post-Credits Scene, the Song He Wrote for the Film, and More [Interview]

Alexis Wajsbrot, Framestore visual effects supervisor, goes into a bit more detail with how they designed the scene but doesn't actually state which suit it is.

Designing Iron Man was quite a challenge, just like any suit for Iron Man. It had to be not too gory, but gory enough, the right balance between, do you see a bit of flesh, or only see the skull, or armor? Our art department jumped in here and did a lot of concept work.

One of the evolutions of the work was that we designed the graveyard early, and the school hallway early, but then when we re-visited them, we stylized the final shots a lot. What defines a school hallway? Maybe just the lockers are enough? The ground was green smoke, no wall or ceiling. Same for the graveyard – we removed all the grass, replaced it with black, removed the trees, the sky, and just kept the gravestone.

It's also worth noting, as the Screen Rant article does, that the image they ended up with is an Easter Egg to the front cover of Marvel Zombies 2 #1 so the particular suit might not have been too relevant. 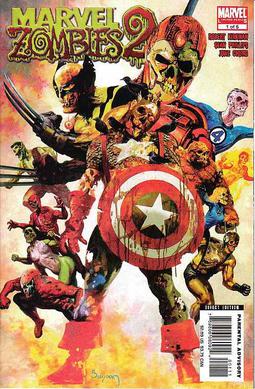 4
How could Rhodey fit into the Mark II armor?
28
Who else has worn armor designed by Tony Stark?
11
Why does Spider-Man's suit have this feature in Homecoming?
10
Why was Peter's “Peter Tingle” not working at the start of the events of “Far From Home”?
16
In Spider-Man: Far From Home, is this superhero name a reference to another comic book?
12
Why doesn't Spider-Man want anyone to use his light switch?
6
Where was Fury in the post credits scene for “Far From Home”?
8
How does Fury know about this in Spider-Man: Far From Home?
13
Is there a reason why, Tony didn't think of using this in “Avengers: Endgame”?