Why did Darth Sidious wear a cloak?

As we all know, Darth Sidious/Emperor Palpatine appeared throughout The Empire Strikes Back and The Return of the Jedi sporting his signature hooded cloak.

And a handsome devil he was too.

I'm unclear why exactly he wore a cloak during this time period, though. During the prequels it's understandable that the personas of Palpatine and Sidious needed to be distinctly separated. His plan for the Clone Wars and taking over the Senate necessarily required subterfuge. If Palpatine had been discovered to be working with the Separatists and the likes of Maul then it would have left his schemes in ruin. Using a cloak to disguise his appearance therefore makes sense when sending transmissions to the likes of Nute Gunray.

But when he had consolidated his power by becoming Emperor surely the need for secrecy was unnecessary. Any attempt to keep his Sith persona under-wraps and remain a simple politician (albeit an emperor) was because it suited his purposes politically to do so. However, if that was his intent then suddenly changing from wearing the garments of a Chancellor of the Republic to a creepy hooded robe associated with the Sith and the Jedi seems bizarre. Wouldn't his new clothing lead to unwelcome questions if all he wanted was an uncomplicated transfer from Chancellor Palpatine to Emperor Palpatine in the eyes of the public?

I haven't been able to find much other than joke answers online so far. I can think of a few possible explanations but don't have anything to back them up.

Palpatine's robe, aside from being traditional Sith garb as has been pointed out already, was, I think, designed to make him appear like a simple old man to pretty much anyone who wasn't familiar with the truth of his power. I recall the Star Wars Visual Dictionary stating that Palpatine used his cane because he only pretended to be old and feeble, not because he actually needed assistance walking.

If you compare his outfit as the Emperor, where his only ornamentation is the black clasp on his robe, to the outfits he wore as a senator or as Supreme Chancellor, or indeed to the outfits of all of the senators, most of which were gaudy or extravagant and showed off at least a little, then the understatement of his simple black robe serves to separate him even more from both the "corrupt" time period of the Republic that he abolished and from the flashiness of the Senators he reviled.

When the Emperor is surrounded by his brigh-crimson guards and his assorted advisors in Return of the Jedi, his simple robe again contrasts with the more elaborate robes of the advisors, who wear multiple colors, have uniquely styled hats or headgear, and while they all look somewhat similar, they and the bright red of the Imperial Guard distract the eye from Palpatine to a degree. It's possible that, like the use of his cane, his simple robe is merely a form of camouflage to let him lurk behind the more elaborately dressed and therefore seem like an unassuming, elderly man.

This was addressed in Star Wars: The Visual Dictionary and it is simply to hide his face. Whether that is because he was disfigured or to hide his identity is left unclear. 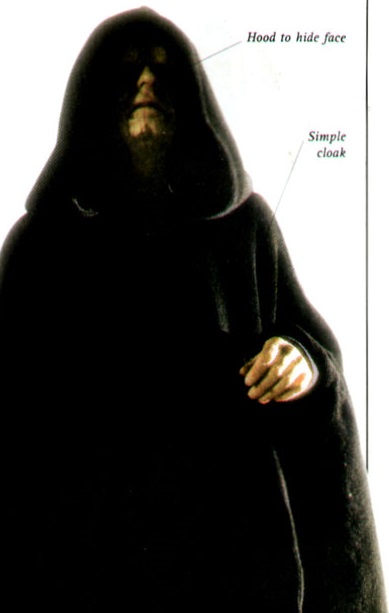 On the same page it goes on to say:

Palpatine affected the simple clothing of a simple man, but drew his powers of persuasion and control from the blackest depths of the dark side of the Force. While the Force has twisted his face, it has also sustained him beyond his years, and even in his old age the Emperor remains a figure of terrible power.

It seems to be a characteristic thing for Dark Lords of the Sith to wear such cloaks. When Darth Maul meets with Darth Sidious on Coruscant, they both wear hooded cloaks, even though there is no one else present there from whom they might be hiding their identities. The are alone on a balcony at night, and yet they both remained cowled. Sidious is wearing the same garb when he meets with his other apprentice, Darth Tyranus, at the end of Attack of the Clones. 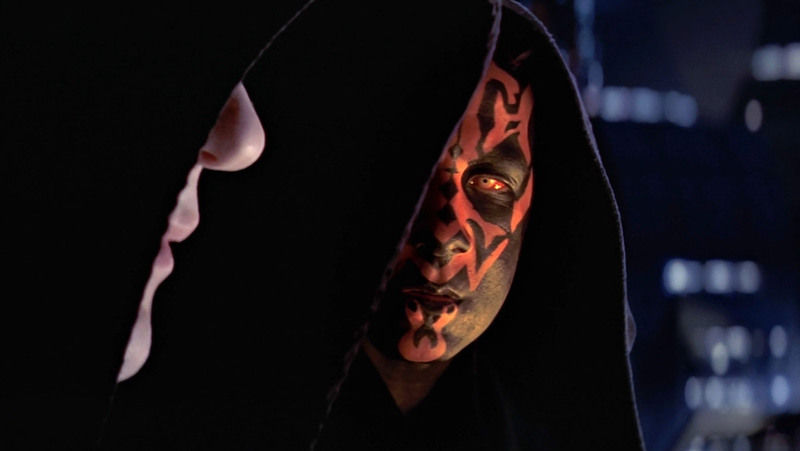 Darth Tyranus and Darth Vader also wear cloaks, although of a more cape-like style, without cowls but covering the shoulders and held in place at the necks by chains. Vaders's is black, but Tyranus's is merely dark brown. 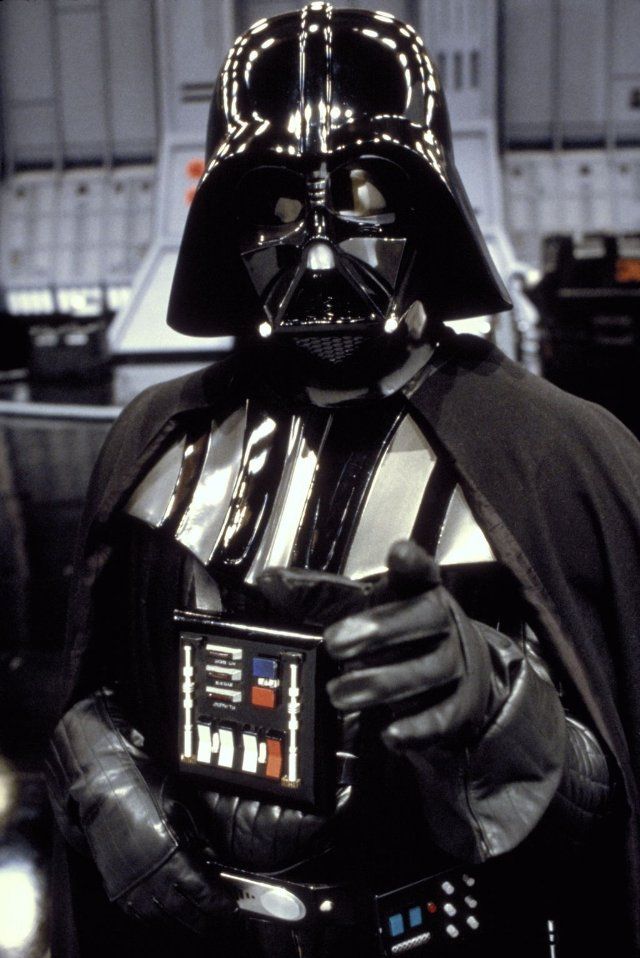 These kind of cloaks seem to be the default garb for Sith, particularly Palpatine. While he was a political operator in a democratic system, he had to look the part of a man of the people—not hiding his face under a dark hood. However, once he had consolidated power enough to declare the Empire, he could revert to wearing his preferred outfit almost all the time.

Out of universe (and perhaps in universe as well), the dark cloaks contrast the Sith with garb typical of the Jedi, especially in the prequel trilogy. The Jedi also wear cloaks, but a lighter shades of brown. For the Emperor and Count Dooku, the outfits are also emblematic of their roles as frightening evil wizard and dark knight archetypes, respectively.

43
Why didn't Palpatine publicly change his name once he became Emperor?
30
Why do the Jedi (AND Sith) wear hoodies?
4
Will all Sith deform or decay in the end?
0
How are people not aware that Palpatine is a Sith/Force Person?