What is Hawkeye's association with the colour purple?

Hawkeye seems to be somewhat unusual in the superhero world in that he doesn't have a primary-coloured uniform, and specifically he's associated with the colour purple. Why did his creators choose purple for him? It seems an odd choice.

His uniform (among several examples): 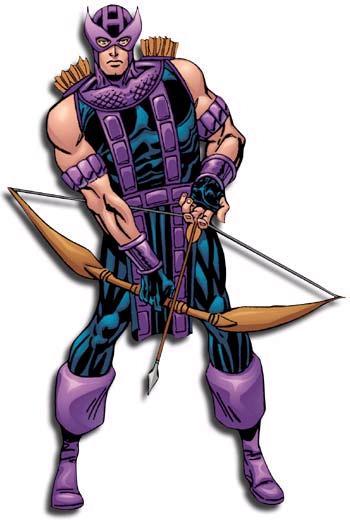 The cover of Hawkeye #1: 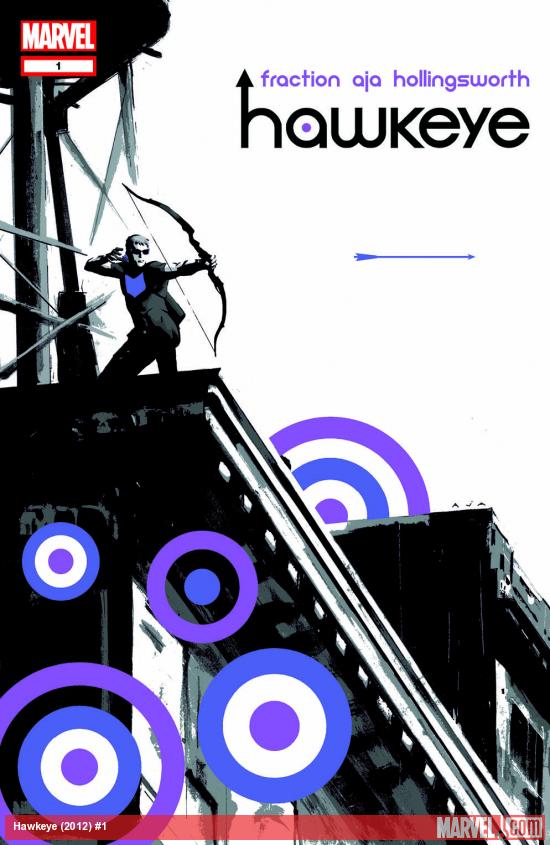 Back in the early days of comics, the usual comic color theory placed heroes along the primary and bright color spectrum and villains were colored with secondary colors.

This meant the bright colors; red, bright blues, yellows, and green were more heroic colors and heroes were dressed in them; think Superman, Spider-Man, Wonder Woman, the Flash, Captain America.

Villains were dressed in purples, oranges, dark blues, dark reds, and other hues which were far darker. The statement was that villains could have been heroes. If you look at older Spider-Man villains for example you can see how this was used; think Magneto, the Lizard, the original Juggernaut, the Hellfire Club, Dr. Doom.

This was not always true; the Vision started as a villain and became a hero and Batman is dressed in a villain's color set.

This was part of the psychology used by Zemo when he turned villains into heroes in the Thunderbolts. He changed all of their costumes to brighter primary colors. It even had a strong effect on the psychology of the villains, many started to believe they could be heroes. 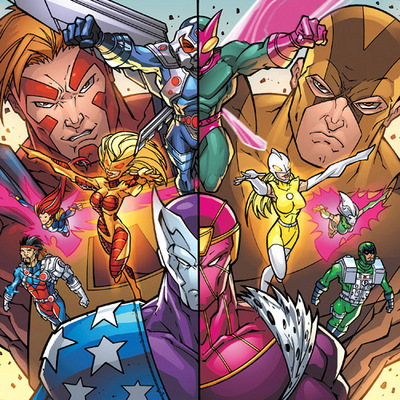 Clint Barton, orphan, trained as a circus archer, started his career in the Marvel Universe as a villain and his costume was originally purple-themed. It also resembled the person who taught him how to use his bow, Trick-Shot. 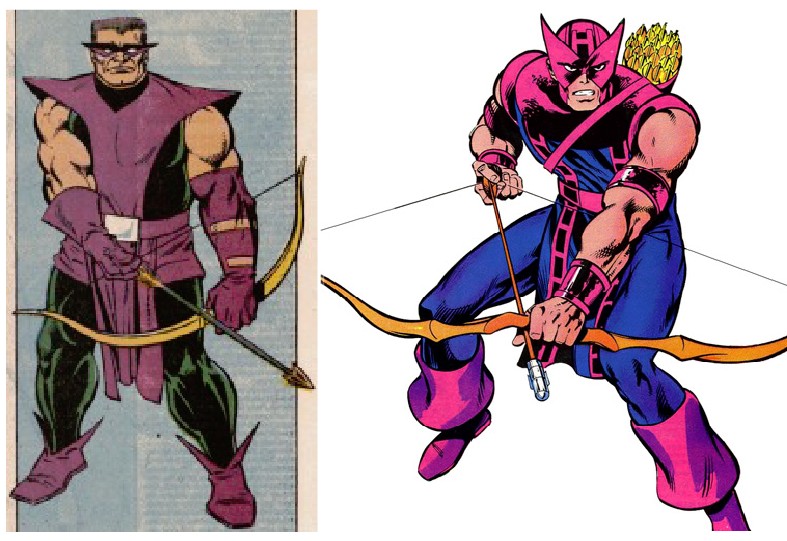 The sinister Trick-Shot, master archer and his protege Hawkeye

During his time as a hero, he has tried moving away from the color, especially during the famous first Kree-Skrull War. During the war, Hawkeye thought the team could use more muscle and used the Pym Particles to take on the identity of Goliath. 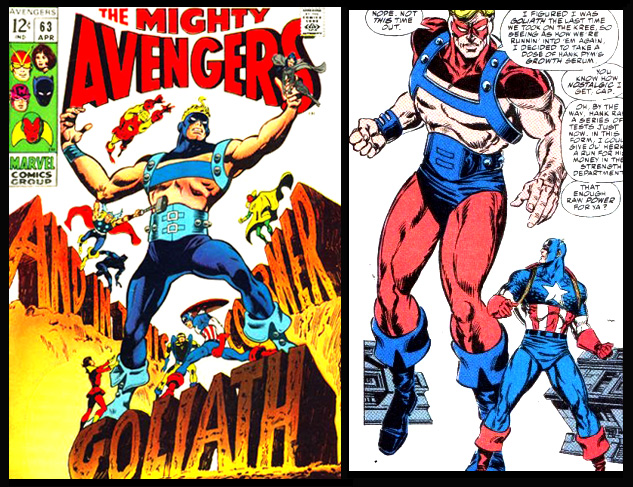 Barton as Goliath during the Kree-Skrull War

After returning to using his bow, he had both emotional issues and an occasional temper tantrum, (Hawkeye is the John McEnroe of Avengers) always fighting, complaining, and even occasionally quitting but always seemed to return to the Avengers in one form or another. His costumes also tended to end up in that color range. Ultimate Hawkeye wears red and black and looks more like the Hawkeye in the Avengers movie. 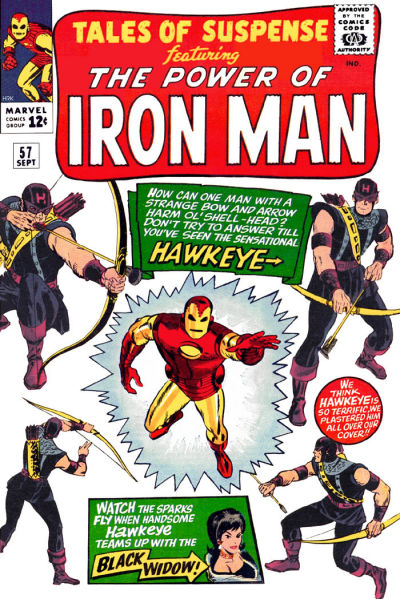 Not the answer you're looking for? Browse other questions tagged comics marvel hawkeye or ask your own question.

4
Why would Batman choose yellow for his utility belt?

16
A (G-rated) graphic novel with a picture of purple tentacles coming out of a door on the cover
29
What are the differences between Hawkeye and Green Arrow?
9
What, of the planets he consumes, provides Galactus with sustenance?
7
Why did Thor's hair change colour?
7
Is this supposed to be a Little Prince reference by Ego?
10
What character is this kid with brown hair, a green and turquoise striped T-shirt and purple pants?
12
Did Steve come back on his own in “Avengers: Endgame”, and if so, how?
2
What are the issues with Hank Pym in the comics?
10
Why did Miles Morales get non-spider-like powers (bio-electrokinesis and invisibility) that are vastly different from the other spider people?