Has Iron Man made any suit for underwater combat?

Iron Man has made many suits and many of them serve some specific purpose like the Hulkbuster armor and the suit to fly in space, but has he made any suit which will help him in fighting underwater?

I want to ask about the Marvel comics and about suits specifically designed for underwater combat?

In Iron Man Issue 218 we see he has created a suit, the Iron Man Armor Model 6 or Hydro Armor, specifically to go underwater in. 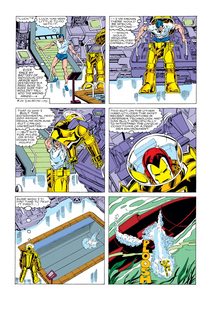 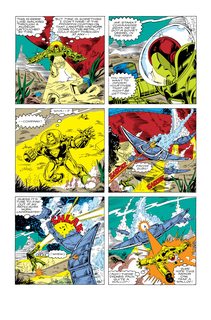 In Avengers Vol 8 Issue 9 we see Iron Man Armor Model 61 which he uses specifically to fight underwater in.

In the Iron Manual we see his Deep Submergence Suit. 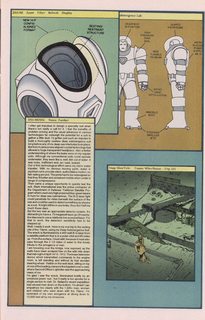 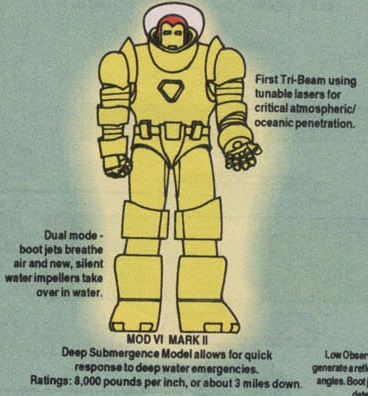 In the MCU Tony's armours seem to cope reasonably well underwater. In The Avengers we see him out at sea underwater fixing the pipeline.

In Iron Man 3 we see the Hammerhead armour as part of the House Party Protocol.

It is region locked so I can't download the app but the Iron Man 3 - JARVIS: A Second Screen Experience app apparently describes this armour as:

Not the answer you're looking for? Browse other questions tagged marvel comics iron-man or ask your own question.

118
Why is Tony Stark in the Iron Man suit unaffected by G-forces, inertia and blunt force trauma?
26
Can Iron Man recharge his suit from lightning?
11
In Iron Man 1, what did the computer in the cave do?
9
How does Tony Stark control the Hulkbuster Suit?
2
Did this animated/CGI short have anything to do with The Avengers movie?
4
Can Iron Man's armor in Sentry mode, or Iron Legion, hold Mjolnir?
28
Who else has worn armor designed by Tony Stark?
7
Who was in the original Marvel A-list?
73
How was Spider-Man persuaded to join the side he did?