This came up in a discussion of reasonably-hard SF space combat. I probably read this book a bit more than 20 years ago; early-to-mid 1990s. Note that I was buying a lot of used books in that period, so it may date back to the mid-1960s. I only really remember part of the climactic battle scene, but I'm hoping it's distinctive enough.

The revolution has scraped together a fleet of mostly cargo haulers and working ships, though I think they also have 1 captured government frigate. The government has a fleet of comparable ship count (probably around 40-50 ships) but they are all military ships. The warships have missiles as their primary weapons, and possibly secondary point-defence weapons. The revolution has not had the time or the parts to build their own supply of missiles, so they equip their ships with kinetic weapons.

Fleet combat doctrine is to close in line astern, so as to present as small a target as possible for incoming missiles. The government fleet is deployed in a long line, orbiting towards the revolutionary fleet.

The revolutionary fleet, expecting this, have fired hundreds of (bowling-ball sized?) masses from linear accelerators mounted on their largest ships on an intersecting orbit. As the two fleets approach head-on in opposing orbits, the masses hit the government fleet from a perpendicular orbit. The survivors of the government fleet then run straight into a cloud of smaller (fist sized?) masses that had been launched with small solid-fuel kick motors before the fleets were in range. The revolutionary fleet is able to mop up the remaining government warships.

It seems to me that the kinetic attacks should have shown up immediately on radar, and I don't remember how that was finessed.

The rag-tag rebel fleet uses mass drivers to launch iron cannon balls at the goverment fleet. The rebels win because they had to learn how to make do with less. And because the govenment admiral is an idiot. 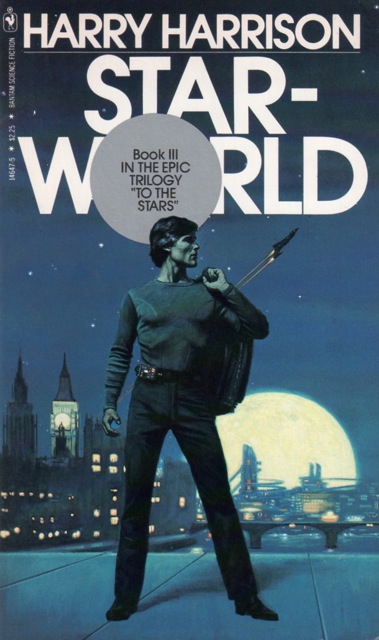 Though the central axis of the line of ships was pointed at the opposing squadron, it was angled toward the invisible track in space down which the enemy was moving. The two big gun ships were pointing at that track-and they now began firing. Two continuous streams of iron spheres hurtled outward toward the point in space where the enemy would soon be. Stern jets flared on the gun ships to keep them in position, to counteract the backward thrust of the cannonballs. The speeding streams of metal looked like pencils of light on the radar screen, moving so fast that they were soon out of sight.

When the measured point in space was reached, the firing circuits were actuated. Electronic ignition set off the rocket shell lodged in every breech. When these had hurtled away the next shells were moved into position, then the next. Since there was no need to lock and unlock the open breech, no shell casings to eject, the rate of fire was incredible, limited only by the mechanical speed of the loading magazine. In each gun an average of 60 rockets were pushed forward and fired every second, 480 from every turret. A total of 197 turrets had been built and installed in a feverish rush before the fleet had left [...]