What would happen if a Polyjuice Potion has two (or more) person's hair or nails?

Is there a canonical explanation on the effects if someone drinks a Polyjuice Potion (prepared properly, of course) with hairs/nails of two different persons?

Nobody in canon has ever attempted to transform into more than one person, or mixed multiple people's hairs etc. into one Polyjuice Potion. All the references to Polyjuice Potion that I'm aware of refer to a single target.

"...and of course a bit of whoever we want to change into.”
“Excuse me?” said Ron sharply. “What d’you mean, a bit of whoever we’re changing into? I’m drinking nothing with Crabbe’s toenails in it-”
(Chamber of Secrets, Chapter 10, The Rogue Bludger).

It enables the consumer to assume the physical appearance of another person, as long as they have first procured part of that individual’s body to add to the brew (this may be anything – toenail clippings, dandruff or worse – but it is most usual to use hair).
("Polyjuice Potion", Pottermore).

"...unless you think we should go the whole hog and use Polyjuice Potion? In that case we’ll need to collect hair from somebody. I actually think we’d better do that, Harry, the thicker our disguises the better...”
(Deathly Hallows, Chapter 16, Godric's Hollow).

Hermione plucked a few hairs from the witch’s head and added them to a flask of muddy Polyjuice Potion she had taken from the beaded bag.
(Deathly Hallows, Chapter 12, Magic is Might).

It's pretty unlikely that anyone would try to add items from multiple people to the Potion. Polyjuice Potion is a notoriously complex potion to make so if you're going to go to the trouble of making it then presumably you'd be very careful to add only the hair of the person you want to imitate. Getting the hair wrong clearly defeats the purpose of brewing the potion, as Hermione found to her cost. There's no use to be gained by imitating two people at once. If you have the hair of one person, the face of another and the torso of another again then clearly such a disguise would be useless. We never see what would happen if multiple people's samples were used because doing so makes no sense. The characters who use Polyjuice Potion are attempting to take the likeness of a single person, and aren't interested in weird hybrid disguises.

First, Polyjuice is only designed to produce the appearance of a single person.

It enables the consumer to assume the physical appearance of another person, as long as they have first procured part of that individual’s body to add to the brew
(https://www.pottermore.com/writing-by-jk-rowling/polyjuice-potion)
Emphasis added

"We separate it into three glasses and add the hairs."

Hermione ladled large dollops of the potion into each of the glasses. Then, her hand trembling, she shook Millicent Bulstrode's hair out of its bottle into the first glass.

The potion hissed loudly like a boiling kettle and frothed madly. A second later, it had turned a sick sort of yellow.

"Add yours, then," said Hermione.

Harry dropped Goyle's hair into the middle glass and Ron put Crabbe's into the last one. Both glasses hissed and frothed. Goyle's turned the khaki color of a booger. Crabbe's a dark, murky brown.
(Chamber of Secrets, Chapter 12)

With all of their eyes upon him, Harry reached up to the top of his head, grabbed a hank of hair, and pulled.

"Good," said Moody, limping forward as he pulled the stopper out of the flask of potion. "Straight in here, if you please."

Harry dropped the hair into the mudlike liquid. The moment it made contact with its surface, the potion began to froth and smoke, then, all at once, it turned a clear, bright gold.

Of course, you could certainly try to add more ingredients, but given the description this would not work — the Polyjuice is complete and it would be akin to adding carrots to your orange juice — nothing would happen.

That, or the Polyjuice would be invalidated (and no longer Polyjuice).

Or (and this is what I think would most likely happen), that piece of toenail would turn into the target’s toenail. And I’d rather not drink toenails, whether apparently my own or (actually) someone else’s...

The short answer to your request for a canonical answer is, no. There is none. At this time I believe no one in the Potterverse has tried this, and as with any other chemistry you simply never will know for certain until you try it, however there is good evidence we can use to deduce the results. Magic is extremely dangerous and unpredictable, most knowledge of magic comes from careful experimentation. The expert in this area would certainly be Severus Snape and your answer may already exist in the Advanced Potion-Making book released by Libatius Borage in 1946. In this book many consequences of improper ingredients are discussed, however a full copy of the text is not available. 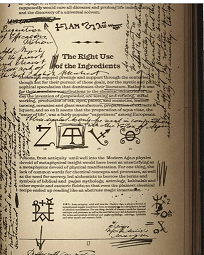 Lucky for us, magic does generally obey the laws of physics which allows us to use logic to attempt a prediction. We do have one example we can use as a reference. We are able to form a hypothesis from what has happened with a correctly mixed polyjuice potion using cat hair, which left Hermione having a very unwelcome transformation. 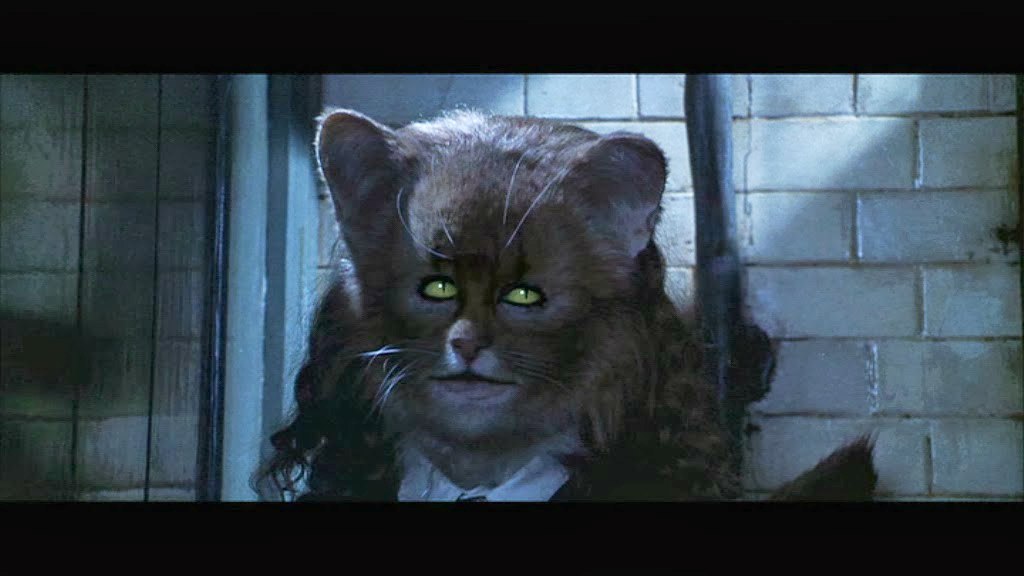 What is interesting is that until Hermione made this mistake the effects of trying to change species were simply unknown. This picture does give us a great deal of information to form our hypothesis, however. With a cat hair, and assuming it was only the cat hair and no human hair was also mixed in, we see that her transformation was not complete. The magic was able to create a half-breed between the cat and the human.

So we do know that it is possible for this potion to mix different features of different creatures together. It makes sense then, that if you were to mix human + human elements, the potion would form you into something that is half way between the two individuals. We can also assume that complete features from one or the other host will be formed. In other words, you can see that Hermione's ears are completely cat ears, they are not a mix between the two. The same is true of her eyes. But her posture never changed, she is the same height, she stands on two legs, and her hair did not change. So the mixture would have features of one or the other host completely. For example, they will have one person's nose, one person's eyes, one person's height, one person's hair, and so on, but it may be random who's feature you end up with. What we can say will NOT likely happen is a person with blonde hair mixed with black hair will form grey or brown, for example. Also, a 6-foot person mixed with a 4-foot person will not likely form a 5-foot person; you will be one or the other.

Until someone tries this, we can only have this hypothesis. Your form will be a mixture of the two persons combined, having some complete features randomly selected from one or the other person rather than an average of the two. I think this is the best evidence we have for the moment, please brew carefully!