What storyline do the characters in “The Death and Return of Superman” game follow?

This was a SNES game from the late 90s, where you get to play as several different Supermen.

Was this game following a storyline, or several stories? I'm familiar with the story of Superman vs Doomsday-and I know that Superboy has different powers, but who were the others and what stories did they follow, if any?

Well, I never played the game, but considering all the hints you are dropping in your question I'd say that the game was, nearly certainly, following the storyline of...drums rolls...The Death of Superman :-D

The entire storyline of The Death of Superman included both his death (by graceful courtesy of Doomsday), the appearance of four new "Supermen", and, finally, his resurrection (of sort).

The exact story arcs, in publication order, are: 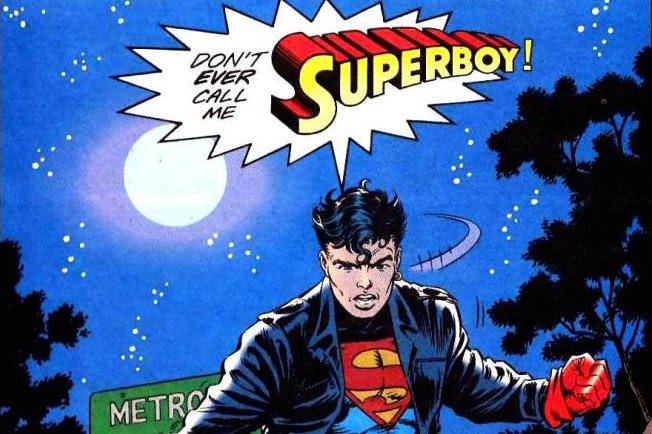 Uh, yes, Superboy. A clone of Supes created by Cadmus. A partial clone, because good luck obtaining the DNA of Superman, so the original DNA had "holes" that were filled by Cadmus, hence his powers are partially due to a form of telekinesys.

John Henry Irons, AKA Steel. First a top level scientist, then retired to be a constructions worker, saved by Supes one day, he decides to take the mantle on his shoulders after Superman death.

I think you may mean Eradicator, aka the Superman With The Visor. I'm not going to write a synopsis of it, too, because it's way too long and convoluted. Let's just say it was a kryptonian probe tasked with the mission of preserving the Kryptonian lifestyle. 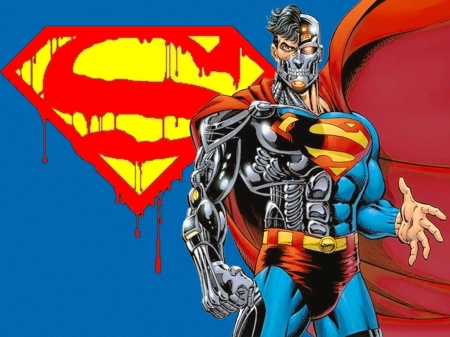 Hank Henshaw, often just Cyborg. Take the Fantastic Four, have all of them except one die instead of getting incredible powers, and have the one who survives thinks it's Superman fault. When Superman dies, he decides to take his revenge by pretending to be him reborn and then destroy his reputation. 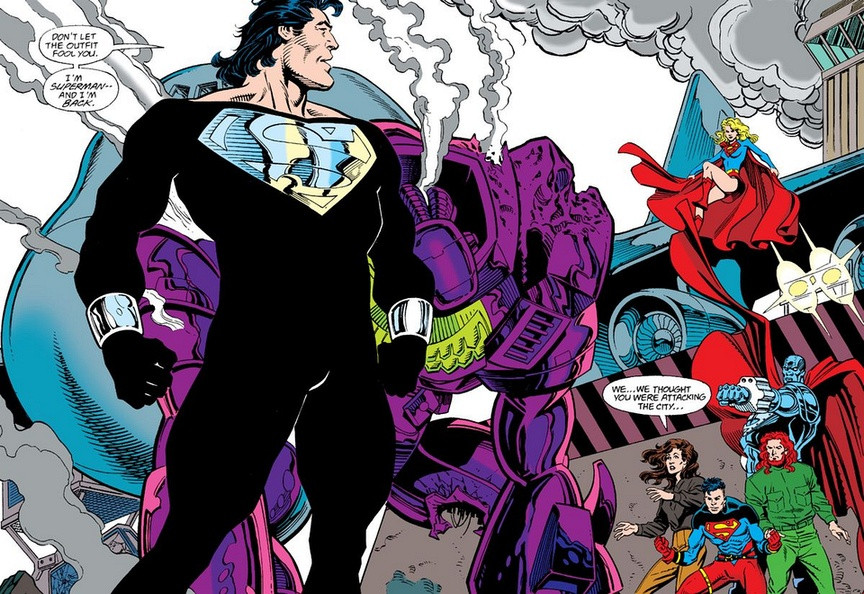 Our big blue boyscout himself, recovered from his death, only this time in a temporary suit which is basically his kryptonian hospital pajama, and a legendary mullet.

Not the answer you're looking for? Browse other questions tagged dc superman the-death-and-return-of-superman or ask your own question.

21
How have Superman comics dealt with the Man of Steel, Woman of Kleenex problem?
2
Do Kryptonians know about the effect of yellow suns and how did they use it?
8
Is this scene from Batman v Superman trailer from comics?
13
How did the Kents raise a super-baby?
3
What reading order would get a comic newbie into Superman Rebirth?
6
In what comic do several people each get different individual Superman powers?
11
Has Batman ever been the dictator?
6
What material is Doomsday's containment suit made of?
6
Is there an early 90s DC series or tales about a race of aliens that could transform and give others powers accidentally?