I recently found this question while browsing the site, and the accepted answer says the image never came from the comic books. However, I clearly remember that my first comic book issue had that exact scene. I've been looking for it ever since, but I haven't had any luck yet. It was a Spider-Man and Fantastic 4 Crossover.

This is Spider-Man Team-Up #1 - Fantastic Four: The Chameleon Strikes! from 2006.

He encounters a shirty receptionist.

This is the doppelganger scene 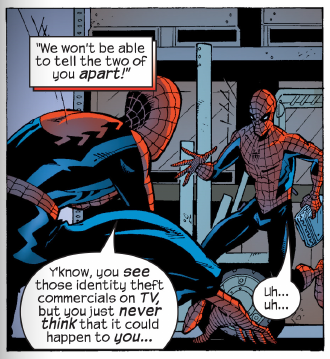 And the resolution. It's not Johnny that throws the spiders, it's Ben. Torch does catch the imposter though. 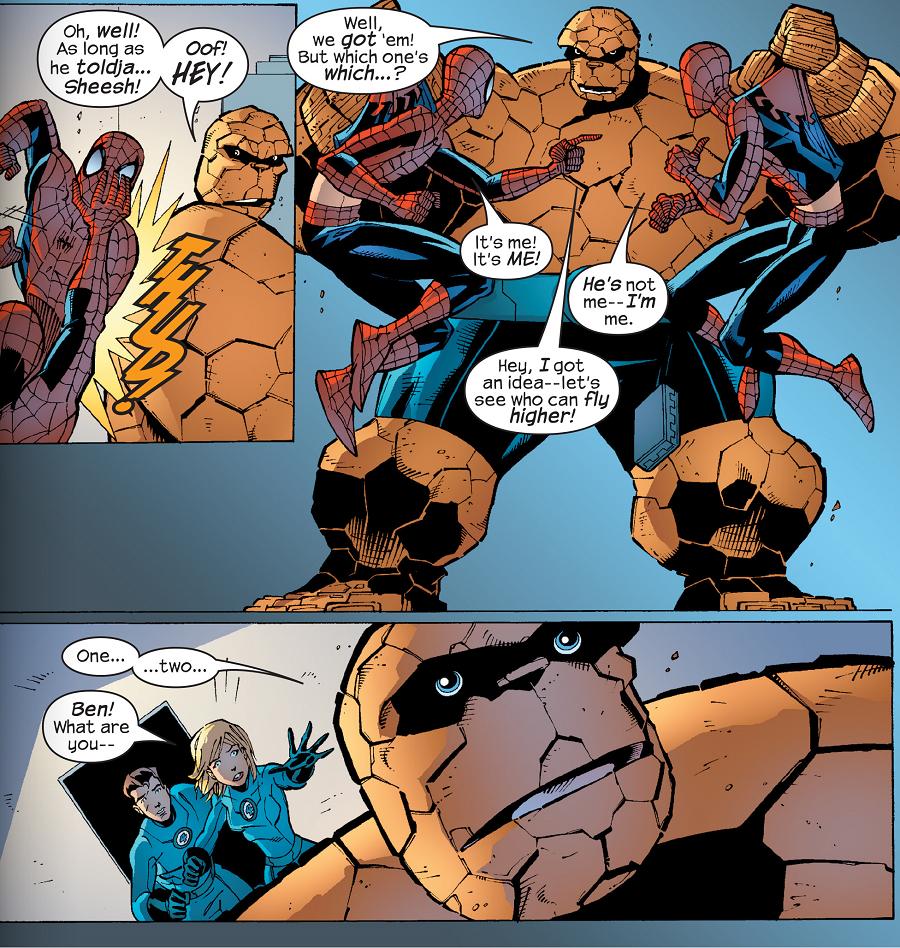 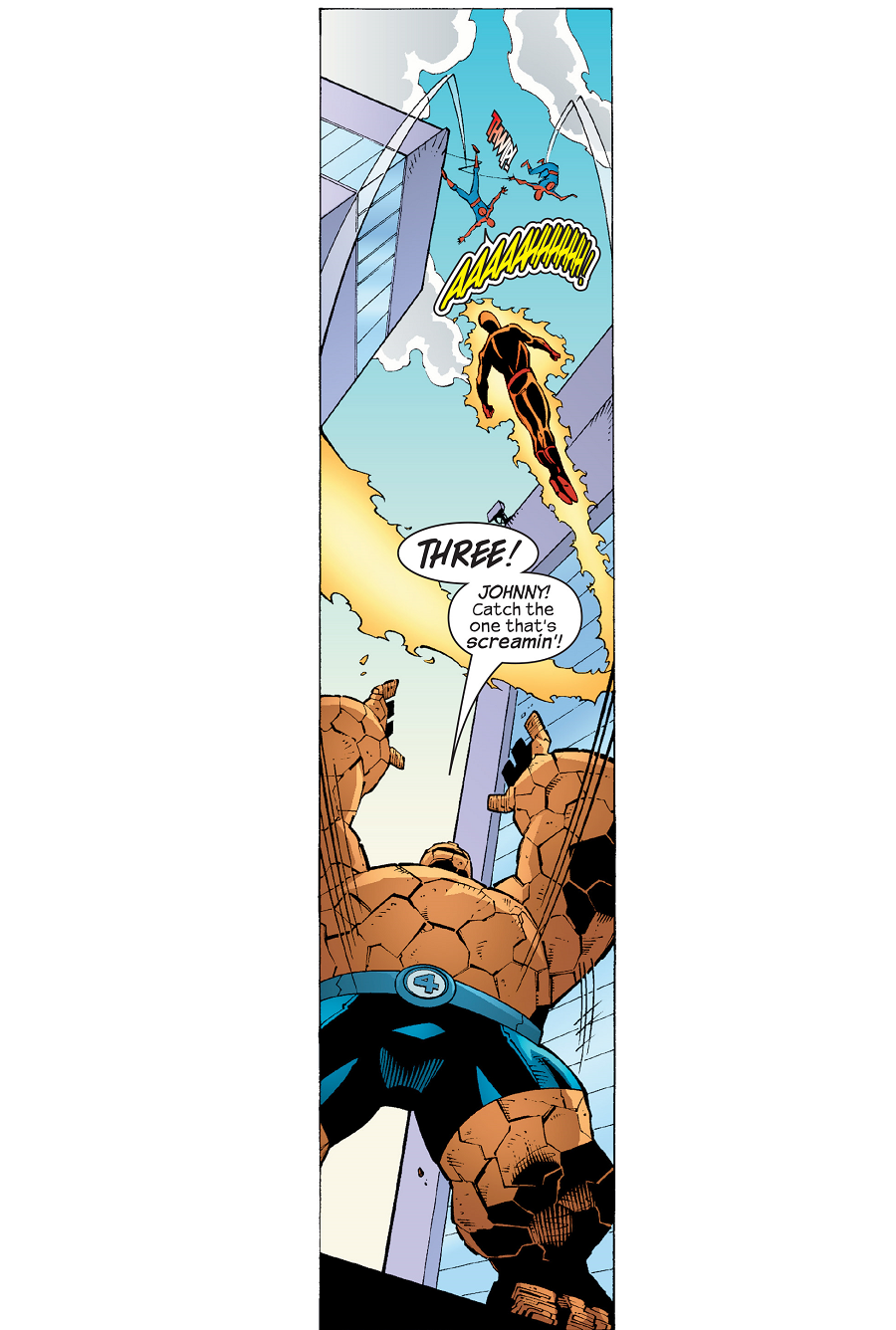 Not the answer you're looking for? Browse other questions tagged story-identification marvel comics spider-man fantastic-four or ask your own question.

15
Why are there 2 Spider-Men in this picture?