Why are Star Wars Rebel Alliance ships named after letters from the Latin alphabet? [duplicate]

Inspired by the accepted answer to "Is there a logic behind the naming of the Rebel Alliance's starfighters?" I want to know in universe why the Rebel Alliance fighter names are based on Latin alphabet characters, and not, for example Aurebesh (one of the more common in-universe alphabets).

From the Wikipedia entry of Star Wars languages: 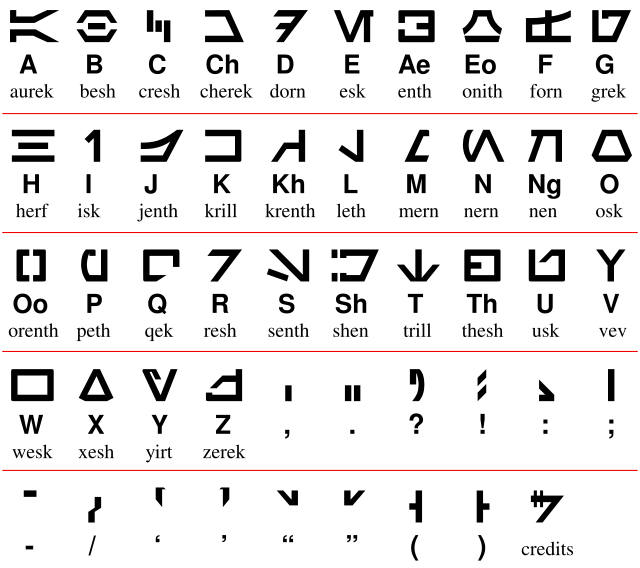 For example, why isn't the Y-wing actually called a 'Vev-wing', an A-wing a 'Xesh-wing', etc. in universe?

Out of universe, the Aurebesh didn't exist in 1977 when the original movie came out. All text including the Death Star's tractor beam control consoles were written in English using the Roman alphabet. This wasn't changed until, at earliest, the 1997 Special Edition re-release of the film, when Aurebesh had been established. Episodes V and VI both featured early forms of what would become Aurebesh, but these are mostly gibberish symbols and are unable to be transliterated, unlike the Aurebesh of the late 1990s where it was fully transposed aurek-for-A,besh-for-B and used on consoles and displays throughout the film.

In-universe, the Roman alphabet exists as the High Galactic alphabet, a form of writing that developed before or concurrently to Aurebesh. So the letters A, X, and Y as they relate to the starfighters exist alongside the more common Aurebesh letters. In some cases, such as Legends depictions of the Corporate Sector's official logo, both "High Galactic" and Aurebesh are portrayed side-by-side. Another example, the Trade Federation logo, is a combination of T and F using the Roman alphabet.

It's worth noting that the Greek alphabet also exists within Star Wars, if the names of the Delta-7/7B, Eta-2, Lambda-, Sigma-, and Nu-class starfighters and shuttles are any indication; this, as a commentor mentioned, represents the Tionese alphabet, likewise an archaic writing system and language that eventually got replaced more or less entirely by Galactic Basic and the High Galactic/Aurebesh systems in the majority of the galaxy.

And the Trade Federation one: https://vignette.wikia.nocookie.net/starwars/images/a/ac/Trade_Federation.svg/revision/latest?cb=20120211223906

88
Why does an X-Wing have this name when there is no “X” in the Aurebesh alphabet?
38
Is there a logic behind the naming of the Rebel Alliance's starfighters?