What's this object in SHADO headquarters?

The secret organization SHADO in the 1970s TV show UFO has this object in the middle of the floor in the operations room in their headquarters. The red disks rotate. Sadly, I can't quite make out the black text on the vertical divider.

In- or out- of universe, what is this? A late 60s disk drive, or drum memory? 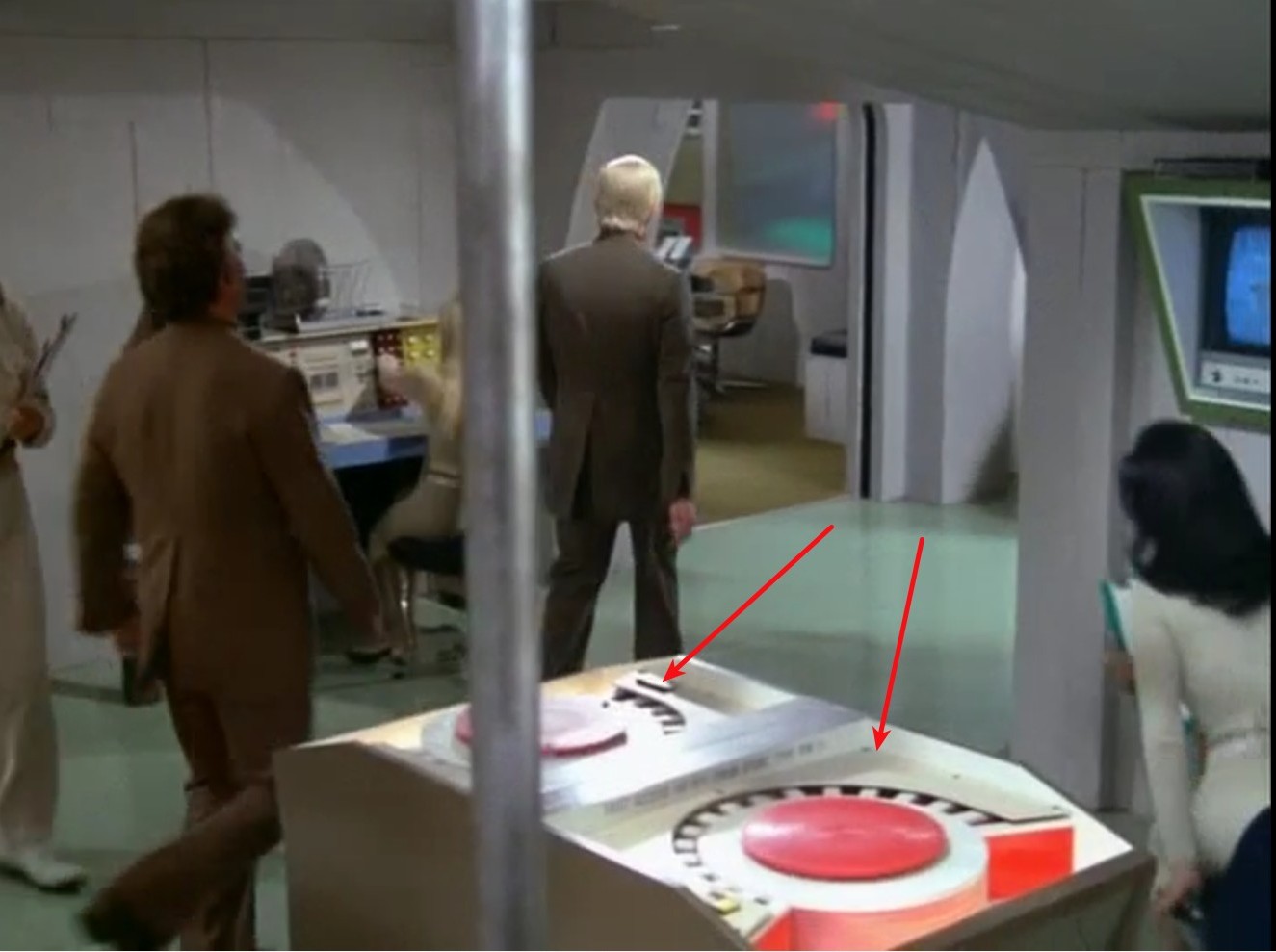 Out-of-universe, it's probably just a mechanical/electronic piece of set dressing that, as you say, is meant to resemble a vintage hard drive or a "future" version of the same, because it's unlikely that a genuine computer drive would be affordable or conveniently available for use as a prop. Likewise, the console in the background simply has some fairly basic electronics installed for effect but is a completely self-contained prop unit.

Prop consoles from UFO were apparently reused by other television productions of the time, including Doctor Who, and it wasn't unusual for prophouses to make all sorts of electronic or mechanical set dressings that looked like complex pieces of futuristic hardware but in fact did little more than light up or have some minor mechanical function like the spinning disks in the prop you've shown. These props were owned by the prophouse and were rented out to productions that needed them, sometimes in identical or modified form depending on production needs.

Here's an article about that: https://www.gerryanderson.co.uk/five-shows-that-reused-ufo-computer-props/

Not the answer you're looking for? Browse other questions tagged object-identification ufo or ask your own question.

9
What's the reason for the purple hair on the British 1969-70 television series "UFO"?
8
If the SHADO Headquarters are in England, why do cars drive on the right-hand side of the road?
28
What is this object seen in Mos Eisley spaceport?
2
What was this object at the end of an episode of The Flash?
19
What ships are on this T-Shirt?
41
What is the bottom left object in this picture of fantasy items?
14
What movie or fandom is this jewelry from?