Is there a reason why, Tony didn't think of using this in “Avengers: Endgame”?

In Spider-Man: Far From Home, we see that Tony Stark

has left behind an augmented reality security, defense and artificial tactical intelligence system for Peter, called E.D.I.T.H (Even Dead, I'm The Hero).

And as we see further in the movie, quoting from here,

Following this answer, it can be assumed that E.D.I.T.H was probably

developed by Stark during the five years time after the snap. The drone network could have been also put in place during the same time as well (otherwise, when could he?).

Considering this, is there a reason why, in Avengers: Endgame Tony didn't think of using

the drone network during the final battle at the Avengers HQ against Thanos and his army?

Tony didn't have the glasses with E.D.I.T.H. on them during the Battle of Earth. You can see that at various times throughout when he doesn't have his helmet on. 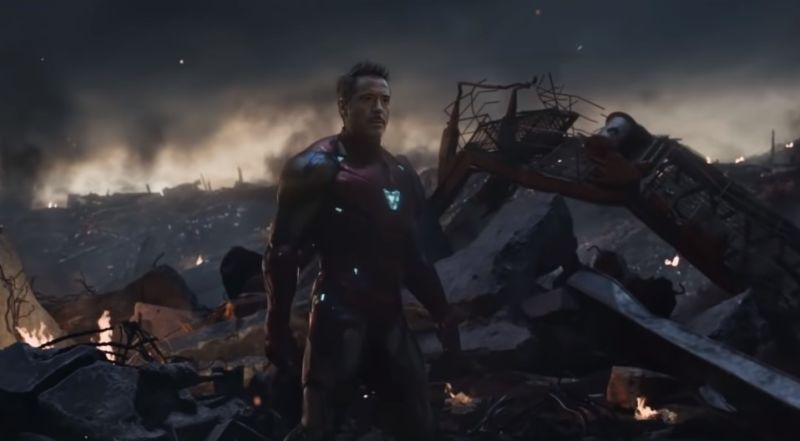 This makes sense as he had left them for Peter and would have done so before going on the Time Heist around the same time he made his will video. After that he didn't have time to fetch them again as after coming back from the Time Heist Thanos followed them right through.

However, presumably F.R.I.D.A.Y. in his suit also had access to the same satellite security network. He probably didn't use them as they wouldn't really have been that effective against Thanos and Tony's whole mission in the battle is to defeat Thanos and keep him busy.

Tony: What's he been doing?

Steve: Where are the stones?

Tony: Somewhere under all this. All I know is he doesn't have them.

Steve: So we keep it that way.

Thor: You know it's a trap, right?

Tony: Yeah. And I don't much care.

Thor: Good. Just as long we are all in agreement.

You could argue he could have called them in later when fighting against Thanos' army but at that point they already have a big army themselves and the little benefit the drones would have provided probably weren't worrying about distracting himself calling them in for.

It’s also worth noting that the drones and the E.D.I.T.H. network are Tony’s legacy to protect the world handed directly over to Peter. It’s his suit of armour around the world, first mentioned in Avengers: Age of Ultron and he brings it up again in Avengers: Endgame.

Tony Stark: Alive and otherwise what we needed was a suit of armor around the world! Remember that? Whether it impacted our precious freedoms or not- that's what we needed!

Not the answer you're looking for? Browse other questions tagged marvel marvel-cinematic-universe avengers-endgame spider-man-far-from-home or ask your own question.

3
Why didn't Tony use E.D.I.T.H. against Thanos?
9
When did this character prepare the stuff in Spider-Man: Far From Home?