I can't recall a lot but I'm pretty sure it was early 80s. All I remember is

There was a super dramatic ending. It was definitely intergalactic because the princess was taken to a far off planet.

This sounds like X-Bomber (called Star Fleet for English/American audiences).

One of the characters was Princess Lamia, who had a guard "dog" called Kirara. 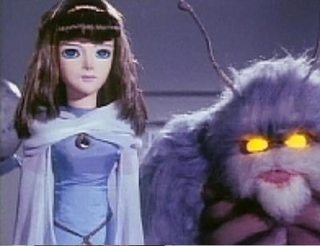 The title song of the English language version was later re-recorded and released as a single by Bryan May of Queen featuring Eddie Van Halen and some more of his friends.